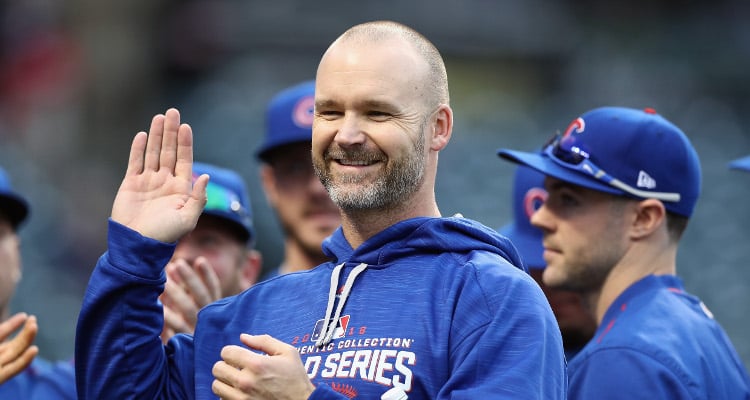 After a spectacular career in baseball, David Ross is now impressing his fans with his dancing skills on Dancing with the Stars season 24. With a net worth of $11.0 million and a loving, supportive wife by his side, David Ross is loving life after retirement.

Everybody knows David Ross as a former Major League Baseball catcher, who had an illustrious career playing with multiple MLB teams. He started his major league career playing for the Los Angeles Dodgers in 2002 before moving on to the Pittsburgh Pirates, San Diego Padres, Cincinnati Reds, Boston Red Sox, Atlanta Braves, and the Chicago Cubs. His career culminated with the Cubs winning the World Series in 2016. These days, he is in the news for a completely different sport. Ross is currently competing on Dancing with the Stars season 24. Since retiring from the Cubs, David Ross’ #3 jersey has been replaced with a pair of dancing shoes, and boy can he move! David Ross’ Dancing with the Stars performances have left the audiences hungry for more, so we have details on the former MLB star, including information on David Ross’ net worth.

A Natural Talent for Baseball

David Ross was born on March 19, 1977, in Bainbridge, Georgia, making his age 40. He went to Florida High School in Tallahassee, where he played high school baseball for the Florida High School Demons. Ross received an athletic scholarship to Auburn University in Alabama, where he played college baseball for a year. In 1998, he was drafted by the Los Angeles Dodgers and made his MLB debut on June 29, 2002 as a pinch hitter. He set several records for the Dodgers before leaving the team in 2004.

Ross’ stats speak for themselves and show what a fine player he is. He has batting average of .229, 106 home runs and 314 runs batted in. In 2014, Ross signed a two-year contract worth $5.0 million with the Chicago Cubs, including $0.5 million signing bonus. David Ross’ salary was $2.5 million a year in both 2015 and 2016. After all this, many are curios to know just how much is David Ross worth? Well, David Ross’ net worth is currently $11.0 million, so it looks like retirement is going to be a breeze!

David Ross’ baseball career has been nothing short of spectacular, but these days he is preoccupied with another sport: dancing! He is one of the most popular contestants on the show, and the audiences love him —especially after his Magic Mike inspired performance in week 3 when he put the sexy in “Grampa Sexy!” He has the full support of his loving wife, Hyla Ross who, along with their children, cheer him on from the sidelines each week.