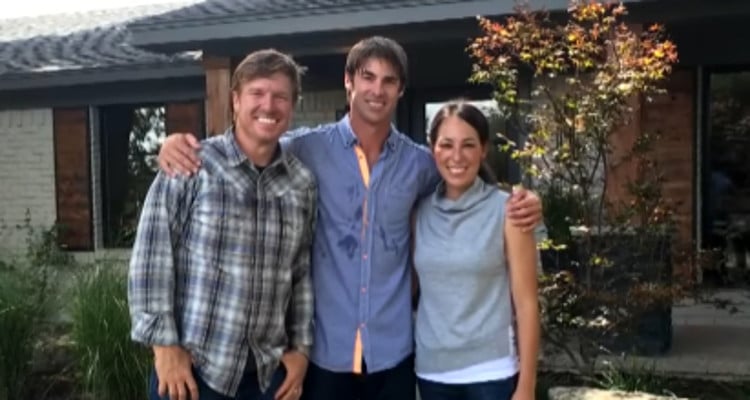 Chip and Joanna Gaines give old structures a makeover and turn them into expensive homes on Fixer Upper. A recent scandal that hit the HGTV show takes us back to when the show had another controversy, thanks to David Ridley.

Who is David Ridley, you ask? Avid Fixer Upper fans might remember the handsome homeowner who was the first single guy to appear on the show. Fixer Upper has recently been accused of some shady and deceptive practices by a couple. However, David Ridley already stirred some a scandal for the show. And he’s no longer an eligible bachelor! To know more about how Fixer Upper is not what it seems, take a look at David Ridley’s wiki right here.

He was a Model

Surprise, surprise! The Texas native grew up in Waco where he’s now a local celebrity. After graduating high school, he was offered a modeling opportunity, so he moved to New York City. In an interview, he showed off his modeling portfolio which includes gigs with Abercrombie and Fitch and Ralph Lauren.

In the interview he said he traveled around the world and enjoyed a successful career in NYC. But he eventually moved back to the quieter life of his home town. In Waco, he worked for a local news network for a year before moving to Bluebonnet Health Care services.

So fun meeting mini JoJo & Chip and their families yesterday! If you haven't seen their video yet, go check it out at @ginalee or @becky_hales #willowandcooper #hgtv #fixerupper #willowandcooperinwaco

When he moved back to Waco, Ridley had seen the 1969 ranch house he called his dream house. But he couldn’t afford it at the time. A year later, his real estate agent contacted him to tell him the house was back on the market. He intended to remodel the house and contacted his friends in Magnolia Homes.

His friends then suggested that he audition for their HGTV show, Fixer Upper. After initial hesitation, he bought the house and began the process of auditioning for Fixer Upper.

When he appeared on the show, he was the first single guy to have his home renovated by Chip and Joanna Gaines. The then eligible bachelor was so famous, people wanted to take pictures with him. Now his Instagram following blew up beyond 8000, and he’s had moms and grandmoms trying to set him up with their daughters. Fans of the show who drive by his house have earned personal invites to check it out from the inside by Ridley himself.

I'm still loving my living room & so thankful to have this amazing space to hangout in!! Check out my new gather sign @jimmydon522 & @kristincrawfordphoto created for my fireplace! #fixerupper #hgtv #magnolia

He Proved Fixer Upper is Fake

In every episode of Fixer Upper, Chip and Joanna show their clients three prospective homes they seemingly never saw before. Once the client chooses a property, the Gaines renovate the house to their liking. However, Ridley said that’s not the case.

“You have to be under contract to be on the show. They show you other homes but you already have one,” he said. “After they select you, they send your house to Chip and Joanna and their design team.” The show’s application corroborated his claim.

Giving glory to the One who is writing our story #ridleygotrich

The hottest bachelor to ever appear on Fixer Upper has many moms calling him to date their daughters. However, the former model was dating a woman who has no interest in his TV fame or his famous house. His friend set him up with her friend, Rachel Rich, a 34-year-old teacher from Alabama.

She had not seen his episode of Fixer Upper which he found refreshing. After dating for a few months, he popped the question and she said yes. He shared the good news on his Instagram and even that joked he lost followers with his engagement announcement.

Ridley said he’s kicking out his three roommates from his famous home when he gets married. Well, he and Rich just tied the knot earlier this month. Maybe his roommates can see if the Gaines can find a place for them to stay!

So blessed to call this loving, Godly woman my fiancé! She is a gift, and our story is a reflection of Gods love! Wow! What a weekend! #ridleygotrich #wacobachelornomore