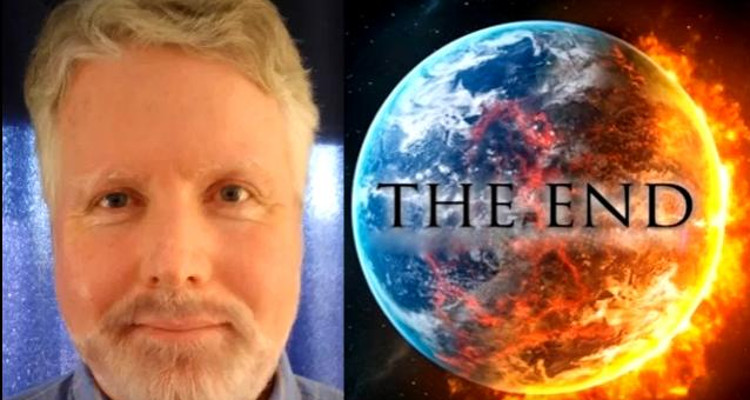 David Meade has many professional titles, but he’s known as the guy who’s predicting the end of the world. Meade claims that the apocalypse is coming on Saturday (September 23), among many other things.

Who is David Meade? He’s the guy out to ruin your weekend by claiming that the world is going to end on Saturday. So, if you believe his theories, cancel all your weekend plans people!

David Meade has some doomsday predictions for you that, if not true, are at least entertaining. Keep reading our David Meade wiki to learn what this harbinger of the apocalypse is saying.

Meade has provided unspecific and unverifiable information about himself. He’s a self-proclaimed “specialist in research and investigations.” Some sources claim that he’s a numerologist while others believe he’s just a conspiracy theorist.

He claims to have worked with Fortune 1000 companies writing special management reports. He’s a self-published author who has penned books on conspiracy theories, including one about a coup d’état against President Trump by a secret society (sounds like a Dan Brown-Vince Flynn best-selling collaboration).

Meade used his expertise to develop a “unique and powerful approach” to Pinewood derby racing. His hobbies include model rocketry and astronomy.

Meade uses the Bible and science in his wild theories. He wrote an end of the world survival guide called Planet X – The 2017 Arrival about a planet named Nibiru, which apparently will crash into Earth this month and end humanity as we know it.

His theory apparently got a push when NASA discovered “Planet Nine.” But NASA and other experts have repeatedly dismissed the Planet X theory, calling Nibiru a hoax. Meade expanded on a 1976 theory about Planet X and based it on the Bible passage from chapter 13 in the Book of Isaiah.

The passage reads, “See, the Day of the Lord is coming – a cruel day, with wrath and fierce anger – to make the land desolate and destroy the sinners within it. The Stars of Heaven and their constellations will not show their light. The rising Sun will be darkened and the Moon will not give its light.”

Now, Biblical passages are open to interpretation. Meade’s interpretation relates to the solar eclipse on August 21, 2017, and the recent hurricanes and earthquakes. September 23 is the purported date because a specific celestial alignment occurs on this day, which is apparently reflected in the Bible’s Book of Revelations. But this celestial arrangement has occurred several times in the past 1,000 years with no unique phenomena.

3. He Has Critical Opinions

Meade believes that today’s youth have been “dumbed down by TV, commercials, sports and so forth,” writing, “What amazes me is that this new generation does not engage in critical thinking … They don’t read. They don’t understand anything,” on his website.

He is critical of the “mainstream church,” which, according to him, is also dumbed down. He believes the church lost its ability for critical thinking decades ago.

In one of his books, he claims a shadow government plans to overthrow President Donald Trump. This supposed secret society is orchestrated by the controlled media and George Soros.

Despite his criticism of the media, he’s always eager to give interviews. He is urging reporters to read his website and books to get all the information about “the greatest story of the century.” He’s available for phone interviews with the media and wants to share his theory on the disaster that will befall Earth. Sadly, he apparently only has until Saturday to spread the word.

4. His Claims were Debunked

NASA senior space scientist David Morrison released a sharply-worded video informing everyone that Meade’s theory is a hoax. He says there’s no such planet as Nibiru on a collision course with the Earth and told people “get over it.”

Unlike Meade, Morrison gave more believable evidence such as how astronomers would have noticed Nibiru by now, and if it does exist, it would be a different solar system. If there was a planet Nibiru, its gravity would destabilize the orbits of planets like Earth, Venus, and Mars. NASA has given a lot more credible reasoning disproving Meade’s doomsday prediction.

Other academics have refuted that there is no such thing as a “Christian numerologist,” as Meade is being referred to. Meade, while criticizing the media, claims he has been misinterpreted.

In some reports, he claims that the rapture will come in October. (Did Nibiru call to reschedule?)

It appears that Meade is doubting his own prediction. A radio producer who tried to get an interview with him was told that “he’s not available for interviews until next week.” His followers called this answer “priceless.” Either Meade forgot that the world won’t be there next week according to him, or he doesn’t buy his own hoax.

Perhaps the biggest evidence disproving Meade is that many dates of an apocalypse have come and gone with little to no action. Those who have read his books aren’t that impressed, either. We’ll just have to wait and see what happens tomorrow!