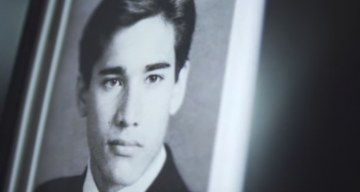 In April of 1997, David Cunanan shocked America (and the world at large) when he inexplicably murdered his former lover, beloved architect David Madson, and four other men, including famed fashion designer, Gianni Versace. Season 2 of the American Crime Story focuses on these murders and is aptly titled The Assassination of Gianni Versace. Read our David Madson wiki to learn everything you need to know about Andrew Cunanan’s victim, allegedly the first of many.

Over 20 years after embarking on an inexplicable and vicious killing spree, Andrew Cunanan remains one of the most notorious serial killers to emerge out of the latter half of the 20th century. His heinous crimes—most famously the untimely murder of fashion designer and mogul, Gianni Versace on the steps of his Miami Beach mansion in 1997—have been perplexing investigators, the American public, and crime conspiracy theorists for many years.

Versace may have been Cunanan’s most high-profile victim, but he was far from his first. Reportedly, one of Andrew Cunanan’s first victims was his ex-lover, David Madson. Recently, the FX series The Assassination of Gianni Versace explored the offbeat relationship between Madson and Cunanan. As a fitting tribute to the man Cunanan claimed was the love of his life, our David Madson wiki covers everything you need to know about the beloved architect.

What Was Andrew Cunanan’s Motive?

To this day, no one is completely sure exactly what caused Andrew Cunanan to kill his victims, who seemingly had no connection to one another other than the utter misfortune of meeting Cunanan.

By all accounts, Cunanan and Madson’s breakup seemed amicable and the two reportedly remained good friends afterward. For the most part, they shared a long-distance relationship as they both lived in different states. Cunanan lived in California while Madson lived in Minnesota.

Reports say, that even after the two split up, they’d continue to visit one another. Cunanan made frequent visits to Madson’s home in Minnesota and sometimes spent entire weekends there.

Everything seemed relatively normal until one fateful weekend in late April of 1997, when Cunanan trekked out to Minneapolis, Minnesota with a friend of his, Jeff Trail, (whom he also murdered that weekend).

In fact, the three of them spent some time together and Cunanan had invited Trail to Madson’s apartment.

Eventually, Trail was found dead in Madson’s apartment and Madson was found dead a few days later, approximately 50 miles away from his home near East Rush Lake. He had one shotgun wound to the head and one in his back.

It was later discovered that Cunanan had used Trail’s handgun to kill Madson and his other victims. Eventually, he turned the same gun on himself.

To this day, no motive has been identified as to what triggered these tragic and senseless killings.

Who Was David Madson?

As a beloved, hardworking, dedicated, and successful architect, David Madson is still gravely mourned even over 20 years after his brutal and unwarranted murder. He lived in Minneapolis, Minnesota and was well known by his friends, colleagues, and family for leading a very lavish lifestyle. He enjoyed going out to high-end restaurants and dance clubs while spending a night out on the town.

On the 20th anniversary of Madson’s death, a colleague and friend of his, Julie Hovland, did an interview with CBS News. She had this to say about him: “It was hard at the office to bring closure…and we wanted [his parents] to know how much their son was loved by all of us.” She also went on to say that “the world lost such an amazing person that had so much potential” and that she “always think[s] about how ambitious he was and how kind he was.”

The fact that David Madson is still so fondly remembered by the people who knew him after his tragic and untimely death is a true testament to his kindhearted character. He’s obviously still very deeply missed by his loved ones today.