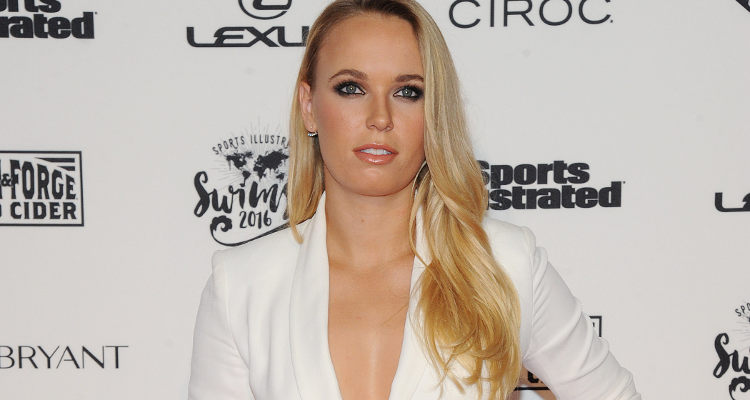 Danish tennis player, Caroline Wozniacki, went through a very dramatic public breakup with ex-fiance, Rory McIlroy back in 2014. Since then, the former world no. 1 professional tennis player has been linked with few other celebrities, the latest being NBA star, David Lee.

Rumors about Wozniacki dating the Boston Celtics player began a year after the tennis star split from McIlroy. Here are some facts about the rumored couple.

Wozniacki and McIlroy had a very ugly public break-up and there’s still some bad blood between the tennis star and Irish golfer. McIlroy reportedly dumped Wozniacki over the phone, just a few weeks before their wedding! Wozniacki stated that the incident happened after all the wedding invitations had been sent to the guests. Since then, the two athletes have had a public war of words. McIlroy, who won the BMW PGA Championship at Wentworth after the split, said that his game improved since he broke off his wedding with Wozniacki. The Danish sportswoman said she was “blindsided” by McIlroy’s decision to call off the wedding over the phone and said she’s come a long way since the break-up.

The Boston Celtic’s player was known to date model and actress, Sabina Gadecki. However, the couple broke up more than a year ago, though the break-up wasn’t as ugly as Wozniacki and McIlroy’s. Gadecki has since then moved on and is dating her ‘Entourage’ co-star, Kevin Connolly.

Rumors about Wozniacki and Lee dating started when the two were spotted together at an event in Miami at the Villa Casa Casuarina, formerly known as the Versace Mansion, earlier this year. Lee was also there to support the tennis player, as she recovered from injuries. Wozniacki also posted a video of her working out with Lee on Instagram.

Lee and Wozniacki may just be very close friends or a secret couple, who knows. Nevertheless, sports enthusiasts agree that these two young athletes are very well-suited for one another!