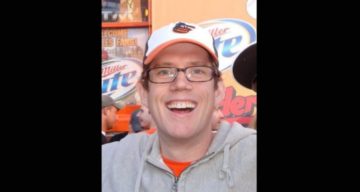 Both David Kieve and his wife, Kate Bedingfield, were prominent faces in Joe Biden’s presidential campaign. While his wife had worked with Biden since he was vice president, David Kieve was at the forefront of Biden’s election victory. His resume boasts several political campaigns, including major victories. Also an environmental crusader, he certainly fit the role of leading Biden’s climate and conservation efforts. This David Kieve wiki reveals more on Joe Biden’s reliable adviser.

David Kelley Kieve was born on December 10, 1977 to Anne and Loren Kieve. He has at least one sister, coincidentally named Kate Kieve.

The Washington, D.C., native has also lived in San Francisco, California, where his family is based. His father, Loren, is a lawyer who owns a private practice in San Francisco. His mother, Anne, is an interior designer. David’s sister Kate Kieve is a social media coordinator for WET Designs in Los Angeles.

David Kieve is a graduate of St. Alban’s School and Maret School. He later attended Trinity College and graduated in 2001.

Kieve is one of the founders of Hilltop Public Solutions, a political consulting firm. He and his team worked on New York Mayor Bill De Blasio’s successful campaign. Currently, he is a partner, but is on a long leave of absence for his work on the Biden campaign.

Along with his wife, Kate Bedingfield, Kieve was a major player in the Biden campaign. He was named the national director of climate and conservation engagement for the Biden-Harris campaign by the president-elect.

Before leading Biden’s team for tackling climate change, Kieve served as the early states director for the Biden for President campaign, overseeing the campaign’s activity in the first four caucuses and primaries.

The kids often tagged along to their parents’ job when the Biden campaign was operating in Philadelphia. The pandemic later forced campaign officials to work from home, including Kieve and Bedingfield who returned to Washington.

While David and Kate worked from home, the kids were known to interrupt their Zoom meetings with the president-elect. Biden was known to engage the kids even on online meetings.