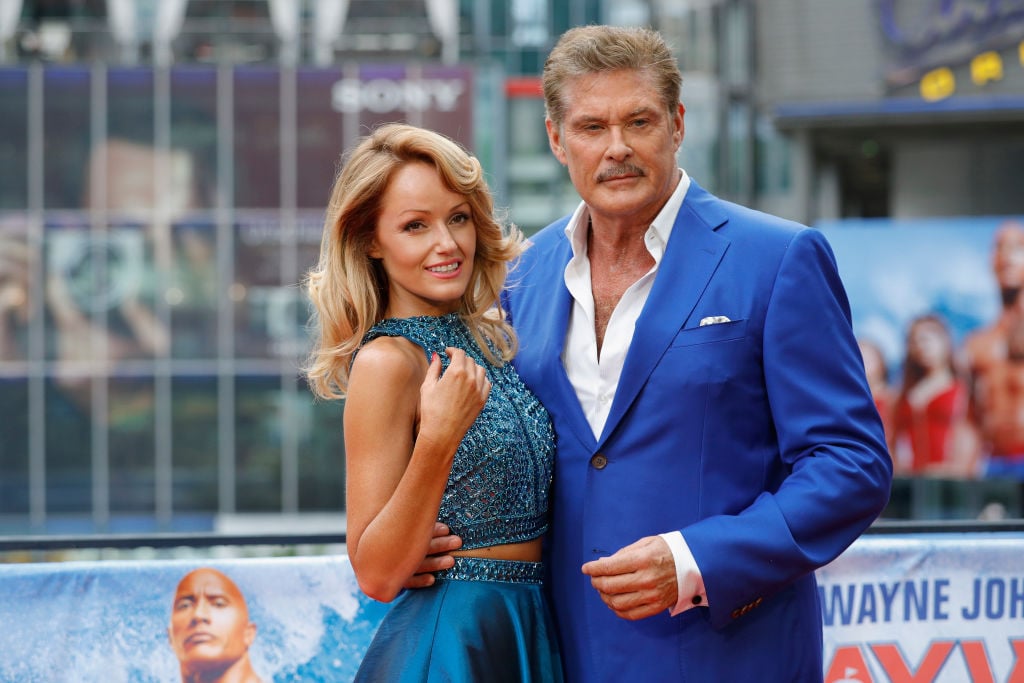 BERLIN, GERMANY - MAY 30: David Hasselhoff (R) and his partner Hayley Roberts pose at the 'Baywatch' Photo Call at Sony Centre on May 30, 2017 in Berlin, Germany. (Photo by Andreas Rentz/Getty Images for Paramount Pictures)

David Hasselhoff is “hooked on a feeling.” Born in 1952, Hasselhoff wears many hats as an actor, singer, producer, and a businessman. Despite his many titles, he is best known for his role as Michael Knight in the series Knight Rider and as swarthy L.A. County lifeguard Mitch Buchannon in the series Baywatch.

Since the mid 1980s, Hasselhoff has also had a successful music career. Three of his albums have gone number one in Austria, and one has in Germany, and one in Switzerland. In 2012, Hasselhoff released his 18th album This Time Around.

Twice divorced, Hasselhoff is currently dating British siren Hayley Roberts. 27 years his junior, the couple met at a hotel bar in Cardiff in 2010. Hayley and her sister saw other people getting their picture taken with him, so they went over and asked for one, too. After posing for a picture, David asked if she was A) single, and B) wanted to go on a date.

Three years later and the couple is busy jetting around the world, splitting their time between homes in L.A. and the U.K.