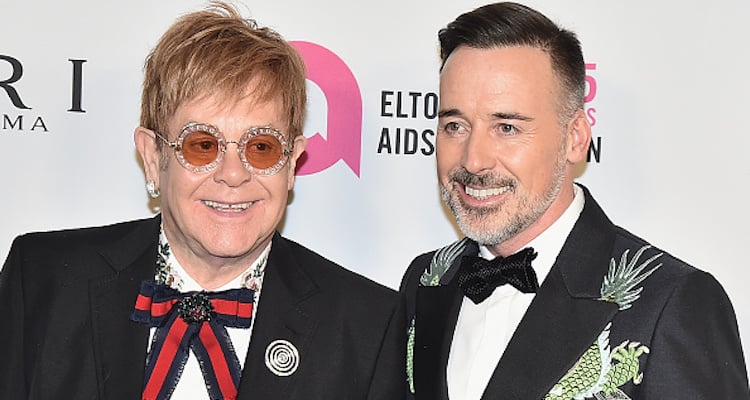 During a New York press conference on Wednesday, Sir Elton John announced that he was retiring after a long farewell tour. While fans are frantically looking up his tour dates, they’re also looking up Elton John’s husband, since he’s part of the reason for the singer’s retirement. Want to learn more? Then take a look at our David Furnish wiki.

Who is David Furnish?

David Furnish’s age is 55 (turning 56) and he was born on October 25, 1962, in Toronto, Canada. He is one of three brothers born to Gladys Furnish and Jack Furnish, a director at a pharmaceutical company. David is a filmmaker who graduated from university in 1985, where he studied business administration. He later moved to London, England and is known for directing his husband’s 1997 documentary, Tantrums & Tiaras, as well as producing Gnomeo & Juliet in 2011.

The power couple have been together since 1993 and, in May 2005, the singer proposed to Furnish at a dinner party at one of their Old Windsor homes. The pair had a civil ceremony but Furnish eventually went from being Elton John’s partner to being Elton John’s husband after same sex marriage became legal in 2014. David Furnish’s kids with John are: Zachary, 7, who was born in 2010, and Elijah, 5, born in 2013, via surrogate.

Days don’t get any nicer than this. Happy Birthday Zachary. @eltonjohn #HappyBirthday

Like many stars, John, 70, announced his retirement many years ago, but changed his mind. Now, the legendary singer is done performing and traveling, in order to be with his family.

“I am not going to be touring anymore apart from September, which will be a global tour. My priorities have changed in my life. We had children, they have changed our lives,” said John on Wednesday.

He added, “In 2015, David [Furnish] and I sat down with a school schedule and I said ‘I don’t want to miss too much of this.’ The priorities in my life have changed, my priorities are now my children, and my husband. I thought the time was right to say thank you to all my fans around the world globally, and to say goodbye, to have a breather.”

Immensely proud to see @davidfurnish on the @financialtimes 2017 OUTstanding Leading #LGBT+ Executives list. Your commitment to diversity and inclusion at @rocketentertainment and @ejaf is inspiring. #OUTleaders17 #proud

The past year has been hard for John following the death of his mother. Now, he wants to focus on his family, who will be joining him for his farewell tour titled “The Yellow Brick Road.”

“They will be coming on some of the tour with us, I am going to take them out of school for nine months with a tutor. When the tour stops they are going to be ten and eight. I love them so much, I don’t want to miss them and I don’t want them to miss me.” A countdown clock was previously displayed on the star’s official website, counting down to 5.30 p.m. GMT, alongside the message: “I’ve finally decided my future lies…” – a reference to his hit song “Goodbye Yellow Brick Road.”

According to the singer, he will still be in the music business, making music, but at his age, touring the world won’t be possible after this.