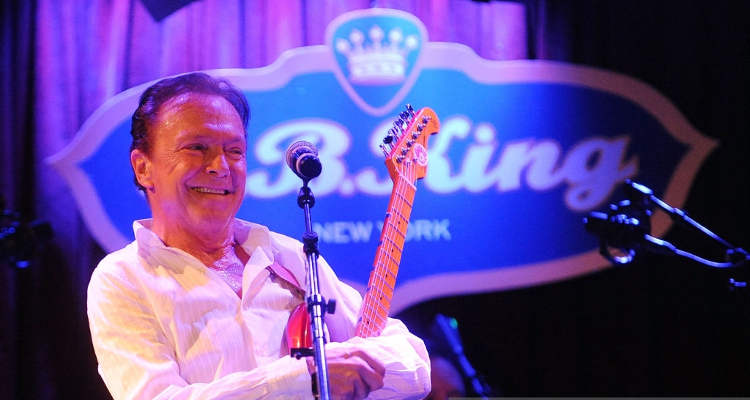 People all over the world are mourning the loss of ’70s teen heartthrob, David Cassidy. He was hospitalized last week after suffering from organ failure. As a star of The Partridge Family, he mesmerized fans with his melodic voice and sold-out concerts. But his long and successful career was riddled with alcoholism and divorce settlements, which meant his finances suffered. Keep reading to learn more about why David Cassidy’s net worth in 2017 was only $500,000.

David Cassidy’s songs won him worldwide fame, following his appearance on the 1970s TV show, The Partridge Family. It was an instant hit and made Cassidy a huge star, giving rise to the term “Cassidymania.” With his good looks and soulful voice, he achieved great professional success, but faced a string of problems in recent times, and even filed for bankruptcy in 2015.

How much money did David Cassidy make in his long career? Was he bankrupt? We have everything you need to know about The Partridge Family star, right here.

Throughout his life, he was married and divorced three times. Sue Shifrin, David Cassidy’s third ex-wife, was married to the star between 1991 and 2014.

After gaining fame on The Partridge Family, he had the perfect start to his musical career.

Most of his money was earned through his acting career, though he made a significant amount from concerts, TV appearances, and endorsements.

Though figures of his early career earnings are not available, his financial assets over the last couple years are. He struggled in his later years, and in August 2015, there were reports that David Cassidy’s house in Fort Lauderdale, Florida was auctioned off. He then went on to file for bankruptcy that year.

From The Partridge Show to the World Stage

Cassidy’s song, “I Think I Love You” became a hit in 1970, and his subsequent album was equally successful.

Through the success of his music, he went from being a national star to seeing international recognition. His concerts soon sold out, and he even collaborated on a song with Bruce Johnston of The Beach Boys.

Cassidy continued to see success in the 1980s and 1990s. He was credited for being a major musical influence in George Michael’s life. He also appeared on Broadway and London’s West End. However, he later admitted that he was broke by the 1980s.

He continued to produce hit albums, perform on stage, and appear in shows. Many years later, he appeared on Celebrity Apprentice in 2011, although he was fired in the first episode. He was also featured in an impassioned public service announcement that year to raise awareness for Alzheimer’s, a condition his mother suffered from until she passed away.

Even with a busy tour itinerary, Cassidy loved to interact with his fans. In 2016, during one of his last shows in The Villages, Florida, he invited fans to the side of the stage and answered their questions.

Cassidy announced in February 2017 that he was suffering from dementia. This diagnosis forced him to retire, as he began to forget lyrics and had difficulties performing on stage.

David Cassidy’s career, although successful, was reportedly overrun with alcohol abuse. He was arrested multiple times in New York and Florida for driving under the influence, and in one case, he had his driving license suspended for six months and was forced to check into rehab.

As fans pay moving tributes to the ’70s heartthrob, they remember Cassidy’s comments on Dr. Phil regarding how he wanted his legacy to live on. “Spreading love. Bringing light into people’s lives. Giving everything in my heart and soul, because I know I’m a living, caring human being. I don’t mind being remembered for being an alcoholic. I don’t mind being that,” he said.

Rest in peace, David Cassidy. Your memory will forever be cherished!