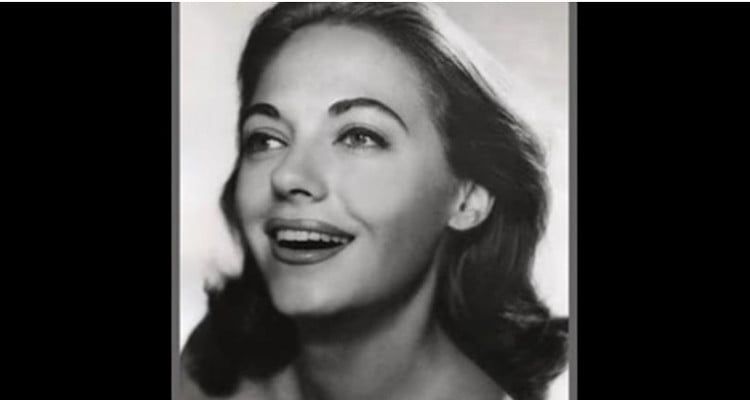 David Cassidy’s life has been a great journey, but the actor has gone through some troubled times. After his substance abuse and alcoholism, he was diagnosed with Alzheimer’s-related dementia. David Cassidy’s mother, Evelyn Ward, died from the same disease. Keep reading to know more about her, right here in our Evelyn Ward wiki.

Evelyn Ward was known for her Broadway musicals, and she was a real beauty, too! David Cassidy was Evelyn Ward’s only child, who she had with her first husband.

With David Cassidy’s death in the news, many seem to be researching the people closest to him. Here are some not-so-well-known facts about David Cassidy’s mother, as well as some Evelyn Ward pics for you to enjoy.

Evelyn Ward was born on May 21, 1923, in West Orange, New Jersey, where she was raised. She came from a Swedish, Irish, and Colonial American background, and her ancestors were among the founders of Newark, New Jersey.

David Cassidy revealed all this when he was on Celebrity Apprentice.

Evelyn Ward began her journey in the entertainment industry when she was just a teen. She joined The Roxyettes, who today, go by the name The Rockettes.

The Roxyettes were brought to New York City by Samuel Roxy Rothafel in the late ‘20s. They performed at the Roxy Theater in New York.

After this stint, Ward moved on to Broadway with her debut, Early to Bed, which was a summer musical. She went on to do more musicals including, The Firebrand of Florence, Billion Dollar Baby, and Spring in Brazil.

Ward was a passionate performer, which led her to a lead role in a musical called New Girl in Town. She performed in New York nightclubs throughout the ‘50s, and she even had a chance to perform in Las Vegas.

Evelyn Ward and Jack Cassidy met on the set of a Broadway musical in the spring of 1945. The couple tied the knot in 1948, and two years later, they welcomed their son, David Cassidy.

However, Ward and Cassidy’s relationship did not last, and they both went their separate ways. The couple filed for a Mexican divorce (it was a faster way to get a divorce at the time).

Jack Cassidy then married Shirley Jones, and Ward found a husband in movie director, Elliot Silverstein. She knew him for years, as they had crossed paths and belonged to the same industry. She married him in 1961.

Ward found herself heading for divorce court yet again, and she separated from Silverstein in 1968. The couple had no children together.

Later, Evelyn Ward married Al Williams (who was a prisoner of war in World War II). But, he was physically very weak and died in 2005.

Ward died at the age of 89 from Alzheimer’s-related dementia. With nobody but David Cassidy to take care of her, the veteran actress breathed her last breath with him by her side. She couldn’t walk or talk and was in a catatonic state the last four years of her life.

When Evelyn Ward died, David Cassidy said in an interview, “For me, it was a beautiful thing that she finally passed because she was so healthy. That’s something I struggle with a lot.”