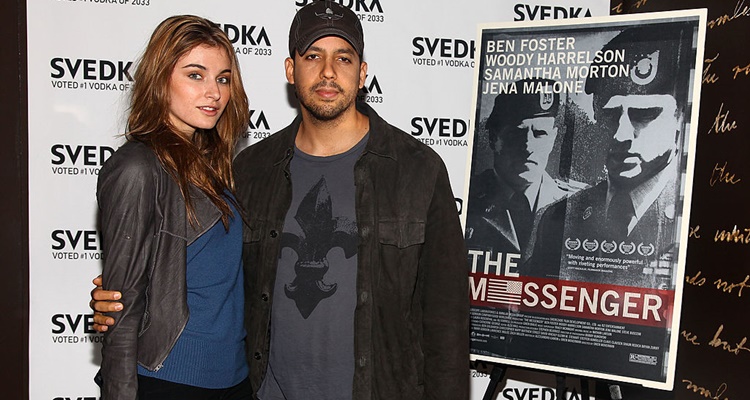 David Blaine has bested death many times, but he doesn’t want his daughter, Dessa Blaine to ever imitate him. We all konw that Blaine has a five-year-old daughter, but who is David Blaine’s wife? Who has he dated? Blaine was in a relationship with model, Alizee Guinochet. They broke up in 2013 and Blaine is currently single, however, the two share a daughter together and many are curious about David Blaine’s former flame. Here are some must-know facts about the mother of Dessa Blaine, Alizee Guinochet.

Guinochet was born in Paris, France, where her stunning looks and five-foot-eight frame gave her success as a model. She signed up with several modeling agencies in Milan and Miami, including Fashion Model Management, Next Model Management and Chic Management.

Some of her work includes advertising Yellowbox footwear and also walking in shows for Gaspard Yurkievich and Viktor & Rolf. She also made a cameo in the film Holy Rollers as herself.

She Has a Jewelry Line

Guinochet started her own jewelry line, AND Paris. Her Instagram page is full of her jewelry designs. French author, Audrey Diwan is Guinochet’s friend and is also a big fan of her creations. Marion Cotillard sported AND’s bracelets in ELLE France. Julianne Moore and French actress, Leïla Bekhti wore earrings created by Guinochet on the cover of Glamour, as well.

Guinochet Took a Snow Plow to Get to the Hospital During Labor!

In 2011, when Guinochet was pregnant with Blaine’s child, New York had been gripped with a severe blizzard. There were no vehicles on the roads, as they were buried in over 10 inches of snow! When Guinochet went into labor, Blaine was struggling to hail a cab or car service.

So, what did the death-defying magician do? He hailed a snow plow, and the expecting parents were transported to the nearest hospital where Guinochet delivered her baby girl safely. Now that’s a birth story for the books!

Did Blaine Cheat on Guinochet?

Blaine and Guinochet are raising their daughter together, but the couple separated in 2013. Dessa spends most of her time in Paris with her mother. Was cheating the cause of the couple’s split? That was the rumor in 2013.

Blaine and Guinochet had an on-again-off-again relationship for a while before Blaine proposed to Guinochet on April 4, 2009 —Blaine’s 36th birthday. In 2013, pictures of Blaine getting frisky with an unknown girl in a New Jersey nightclub surfaced. The pictures gave rise to speculation that Blaine was cheating on his fiancée.

However, it was soon reported that Blaine did not cheat on Guinochet because the couple had split long before the magician was even seen with the other woman. Though they had broken up before the incident, this was the official confirmation of their separation. Blaine has dated several models and actresses, and was even linked to Madonna at one point! At the moment, he’s single and says he’s too busy performing to date anyone.