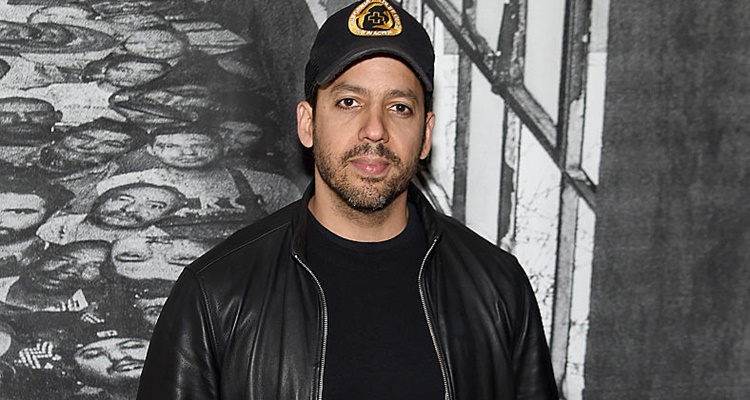 David Blaine debuted in his one-hour special, David Blaine: Beyond Magic to remind the world about his magical charm. If you want to learn more about David Blaine, then keep reading our David Blaine wiki!

David Blaine is a world-renowned magician known for his eccentric tricks, who has people all over the world wondering how he performs such feats. On November 15, 2016, his premiered his special on ABC, David Blaine: Beyond Magic.

The magician has awed and impressed many people, including celebrities, with his impeccable magic tricks. Due to the complexity of some of his magic, many people have even questioned if David Blaine is supernatural. Get to know the magician a little bit better by going through David Blaine’s wiki. We have everything you need to know about him right here.

Blaine was Introduced to Magic as a Child

Born David Blaine White on April 4, 1973, in Brooklyn, New York City, Blaine’s mother, Patrice Maureen, was a school teacher and his father, William Perez, was a Vietnam war veteran. Blaine’s mother was of Russian Jewish heritage, and his father was half Puerto Rican and half Italian.

Since the age of four, Blaine was curious about the world of magic. At a very young age, he saw a magician performing on the subway. This got him curious enough to learn some magic tricks of his own. His mother raised Blaine on her own. When he turned 10, his mother married John Bukalo and they all moved to Little Falls, New Jersey. When Blaine was 17, he moved to Manhattan, New York to further pursue his interest in magic.

Is David Blaine Married or Single?

If you want to know whether the 43-year-old magician is married or not, you’ll want to know that Blaine was engaged to Alizee Guinochet in 2009. The couple welcomed their daughter, Dessa Blaine, into the world in January 2011.

The couple ended their engagement in 2013, after it was reported that Blaine cheated on Guinochet. However, some sources claim that when this happened, the couple had been on a break. Blaine was seen getting close to a girl on the dance floor in a lounge in New Jersey. To rectify his mistake, he apologized to Guinochet.

After his break-up with Guinochet, it has been reported that David Blaine is single. There have been rumors about him seeing other people, but they have not been confirmed.

David Blaine’s Net Worth is Estimated to Be $12.0 Million

Magician and Illusionist David Blaine’s net worth is $12.0 million.

David Blaine is famous for many of his death-defying endurance stunts, such as being buried alive or encased in ice. Fans love for the magician is due to his Houdini- style performances.

He earns a lot of money from gigs and private shows for many celebrities. However, despite being so famous and talented, he could not make it into the Forbes World’s Highest Paid Magicians list because Blaine took a break from the public and private shows to prepare and concentrate on his new show, David Blaine: Beyond Magic.

Blaine earns money from his TV specials, public performances, and endorsements. He is also planning his first worldwide tour in 2017.

David Blaine started his career as a magician in 1997 with his debut show, David Blaine: Street Magic, which aired on NBC. For his first show, Blaine was seen traveling throughout the country and entertaining pedestrians in various cities. The entire act was recorded with handheld cameras by his camera crew.

His claim to fame was his “Buried Alive” stunt. In 1999, Blaine was kept in an underground plastic box underneath a three-ton, water-filled tank for seven days. The only form of communication he had with the outside world was with the help of a buzzer, only to be used to summon the standby emergency crew. When he was finally dug up, there was a large crowd who were astounded to see that Blaine was still alive.

Besides this, Blaine has performed many dangerous stunts such as his “Frozen in Time,” “Vertigo,” “Above the Below,” “Mysterious Stranger,” “Revolution,” “Drowned Alive,” “Electrified: One Million Volts Always On,” and “Dive of Death.”

Due to all his successful stunts and fascinating magic tricks, David Blaine remains one of the world’s favorite magicians.