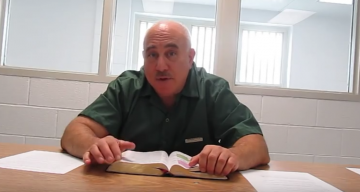 For a full year, from July 1976 to July 1977, Berkowitz embarked on a vicious and senseless killing spree in New York, targeting young dark-haired women and their companions, and permanently injuring those who survived the attacks. Even though he was eventually arrested and given multiple life sentences, there’s still a great deal of uncertainty and intrigue surrounding the details of the case that shattered an entire city for one treacherous year, and has marred it irreparably. The remnants of Berkowitz’s horrific crimes continue to vaguely linger in the streets of New York, proving that “The City That Never Sleeps” also never forgets the tragedies of its past, and is still greatly affected by them. Just mention the name David Berkowitz or Son of Sam to New Yorkers from any of the 5 major boroughs, and they’ll no doubt recoil with disgust. While he was never quite on the same level as other famous serial killers like Jeffrey Dahmer or Ted Bundy, this David Berkowitz wiki might give some insight into the media frenzy that most likely fueled some of his later murders.

“It’s the 40th anniversary of one of NYC’s most infamous summers: 1977, when the blackout and the Son of Sam dominated headlines. Don’t miss the @smithsonian_channel’s special, The Lost Tapes: Son of Sam. The documentary, which exclusively features old footage, focuses on David Berkowitz and the media frenzy that the murders created. “Viewers get to relive these shocking U.S. moments as eyewitnesses,” a rep for the channel says, explaining they only used “rare, newly discovered news and home video/audio footage from that time period, with no narration or new interviews.” #sonofsam #film #losttapes #documentary #nyc #newyork

Who is David Berkowitz?

Before he was famously nicknamed “the .44 Caliber Killer” by the NYPD, and then self-identified as the “Son of Sam,” David Berkowitz was a seemingly normal (albeit kind of anti-social) 25-year-old man. He was born Richard David Falco in 1953 to Elizabeth and Joseph Klineman. Elizabeth had been previously married to a man named Tony Falco and opted to name her son her ex-husband’s surname, even though he’d left her for another woman. Ultimately, Elizabeth and Joseph decided to give the baby up for adoption just a few days after he was born because they already had one child together and didn’t want second one.

The baby was adopted by a Jewish couple from the Bronx named Nathan and Pearl Berkowitz. They decided to change his name to David Richard Berkowitz. Despite being adopted by loving parents who gave him a good home, Berkowitz had a very troubled disposition and would often get into trouble in school. He had higher than average intelligence, but was obviously not interested in his schooling. He had a penchant for committing petty crimes such as theft, breaking and entering, and pyromania. His adoptive parents sought the help of a professional psychologist to see if they could remedy his violent and bullying behavior towards his peers, but it was to no avail.

Berkowitz was very attached to his adoptive mother, and her cancer-ridden death when he was just 14-years-old was the straw that broke the camel’s back for his behavioural issues. Nathan Berkowitz would eventually remarry and relocate to Florida with his new wife, leaving his 18-year-old son to fend for himself in New York.

In 1971, David Berkowitz joined the army and served in South Korea. He was honorably discharged in 1974 and during his 3 years of service, he was regarded as one of the best marksman in the army.

Reunited with His Birth Mother

After being discharged from the army, Berkowitz decided to find his birth mother, Elizabeth, who was still living in the Bronx at the time. He gradually formed a relationship with her and his sister, Roslyn. Ultimately, he stopped visiting and contacting them and kept his distance.

The Murders that Shook New York to Its Core

Ever since he was a very young man, Berkowitz always felt like he was alienated by society at large, and women in particular. First his biological mother gave him up for adoption at the behest of his father, and then his adoptive mother passed away. Both of these losses essentially played a huge role in his crimes and chosen victims. For the most part, Berkowitz targeted young, attractive women with dark hair, and young couples who were out late at night.

During the time when the murders began, Berkowitz was working as a mail sorter for the U.S Postal Service and he began dabbling in occult practices with his neighbor, Sam Carr’s, sons, John and Michael. He later claimed that Sam’s dog, who would bark incessantly in the middle of the night, was possessed by a demon who was communicating instructions for him to kill people.

That lead to the brutal murders and attempted murders of Donna Lauria (deceased), Jody Valenti (survived), Carl Denaro (survived), Rosemary Keenan (survived), Donna DeMasi (survived), Joanne Lomino (survived, paralyzed), Christine Freund (deceased), John Diel (survived), and Virginia Voskerichian (deceased). All of these attacks took place within the course of one year, with some of them purposely committed to throw the police off-course and confuse them. For instance, one of the victims was blonde whereas all the others had brown or black hair, and another was by herself when she was killed whereas all of the other victims were usually with a friend or significant other.

At first, it was very hard for the police to connect the dots between the seemingly random murders; they took place in different districts and there were multiple potential suspects that witnesses spotted escaping the scenes of the crimes. However, once police realized that the killer in each case was using the same type of weapon (and the .44 caliber bullets were consistent across all cases), they came to the conclusion that there was only one perpetrator.

What made the case even more confusing, however, was that the investigators kept going back and forth between the theory that there was only one killer or if there were multiple killers, because certain witness accounts claimed there was more than one possible assailant fleeing the scene. To this day, the identities of those potential accomplices remain unknown, but it’s possible they could’ve been John and Michael Carr. Unfortunately, the two brothers died shortly after the investigation ended, and there’s no way of knowing if they were involved in these attacks.

To Catch a Serial Killer

After a full year of terrorizing the entire city of New York and taunting the police with threatening and confusing handwritten letters (which were laden with spelling and grammatical errors), David Berkowitz was finally caught in Yonkers and taken into custody on August 10, 1977. He was sentenced to 365 consecutive years in prison with eligibility for parole after the first 25 years. Even though Berkowitz was offered parole hearings several times throughout his sentence, he always declined them because he thought he wasn’t worthy of being released.

Is David Berkowitz a Reformed Man?

While serving his prison sentence, Berkowitz has become a born-again Christian, claiming that by accepting God and Jesus into his life, he feels remorseful on his past crimes and is trying to redeem himself. David Berkowitz’s age is now 64, and he is convinced that Jesus has forgiven him for his sins. He also claims to be a completely changed person. He no longer goes by the name “Son of Sam” and has instead changed it to “Son of Hope.” He now gives counsel to other inmates who’ve committed or been accused of heinous crimes into accepting religion as their salvation.

It’s almost crazy to think about the fact that a once cold-blooded killer (whose crimes have inspired countless documentaries, loosely-based made-for-TV movies, and other forms of media) has seemingly turned his life around in prison, and has even formed a large following despite what he did all those years ago. Jesus and David Berkowitz’s followers might be able to forgive him, but it’s hard to imagine that even now the families of his victims ever will.

Berkowitz was denied parole in 2016, despite claiming that he’s “something of a role model for [his] fellow inmates” in prison. His next hearing is scheduled for May 2018.