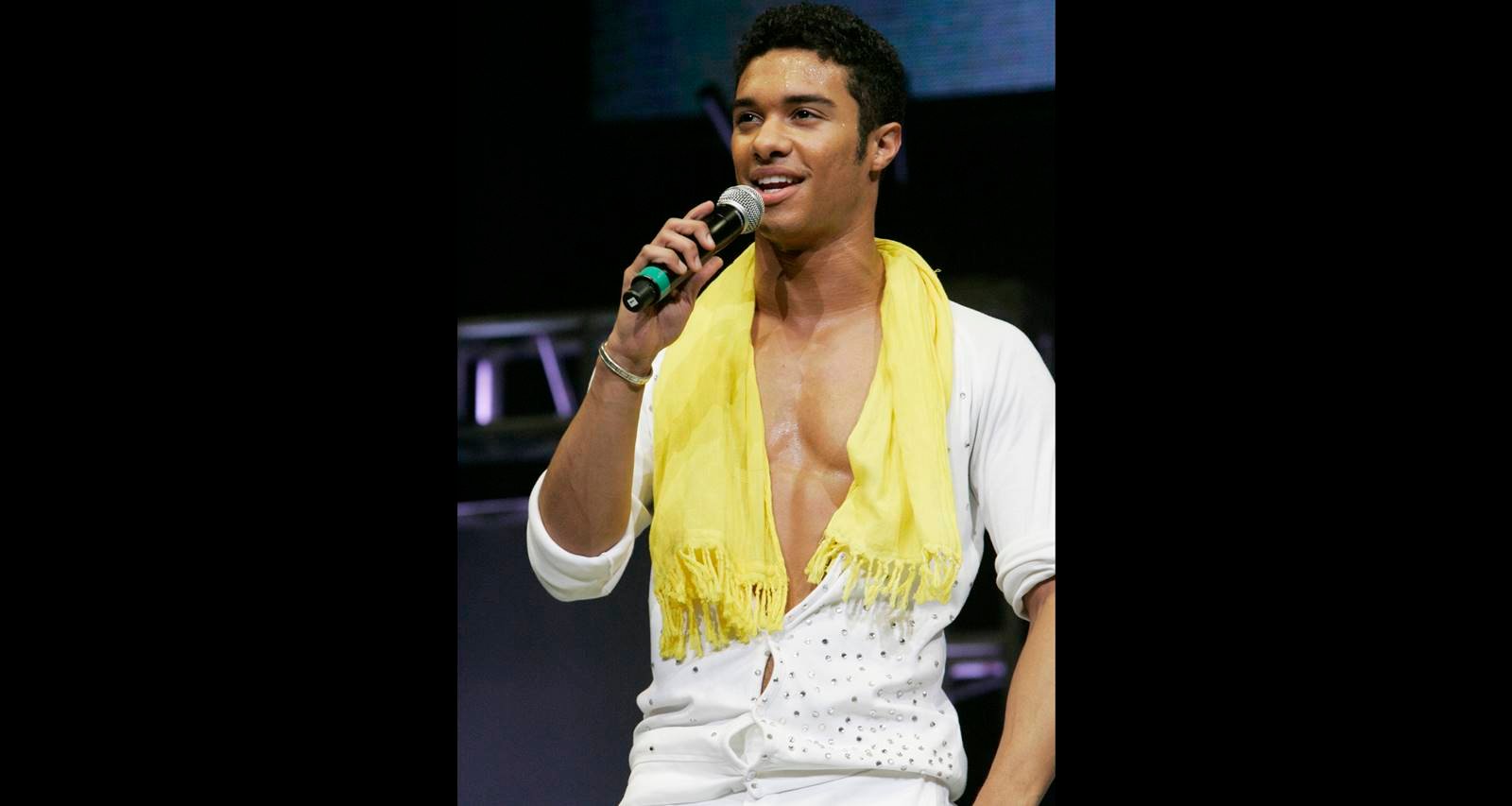 Danny Tidwell from the television show "So You Think You Can Dance" performing live with 9 other finalists at Rose Garden arena in Portland. (Photo by Chris Ryan/Corbis via Getty Images)

The So You Think You Can Dance family is mourning the sudden demise of one of their talents, Danny Tidwell. The season 3 finalist was tragically killed in a car accident on March 6, 2020 at the age of 35. Tidwell leaves behind a family, including his adoptive mother, Denise Wall, and adoptive brother, SYTYCD star Travis Wall, as well as his grieving husband. David Benaym has responded to his husband’s sudden death in a heartfelt social media post. Our David Benaym sheds more light on who Danny was married to.

David Benaym Is a French National

Born Edouard David Benaym on August 22, 1974, he is one of three sons born to Jean-Pierre Benaym and Myriam Rose Goldberg. David and his brothers, Stéphane and Ilan, have Israeli ancestry but are from Nice, France. They are all French nationals.

Myriam passed away in 1992, leaving behind her husbands and sons. Jean-Pierre was an art collector in Nice but now resides in Tel Aviv, Israel, where he’s a sculptor and comedian.

David graduated from Lycée Parc Imperial, a high school in Nice, in 1992 with a baccalauréat in economics. His job has him based in the U.S. in New York, where he lived with Danny Tidwell.

Back in France, David played hockey at his school. He continues to play hockey in the New York City Gay Hockey Association.

His brother Ilan studied in Belgium, Canada, and Israel, and now works in Paris, France.

Benaym Is an Emmy-Nominated Journalist

He was based in D.C. where he worked at the local ABC affiliate station WJLA-TV as a producer and reporter in 1999. Since then, Benaym has covered American politics as a correspondent for different news outlets.

After covering the White House and D.C.-based news, he moved to New York where he was a political correspondent for presidential elections and current affairs in the early ’00s. Among his biggest stories, he covered the Clinton-Lewinsky scandal.

Since 2015, he has been with i24News’ New York office. The network is based in Tel Aviv, Israel and broadcasts in French, English, and Arabic.

He extensively covered the 2016 investiture of then-presidential candidate Donald Trump at the Republican National Convention in Cleveland. For his news story, Benaym was nominated for an Emmy the following year.

Benaym and Tidwell Married in 2014

Virginia native Danny Tidwell first appeared on So You Think You Can Dance season 3 in 2007, a year after his adoptive brother Travis Wall competed. Though he was runner-up, he had earned fame and recognition for his talent.

As his dancing career took off, he was performing in Washington, D.C. for then-President George W. Bush and in New York’s School of American Ballet. He also performed with the New York City Ballet.

It’s unclear when and how Tidwell and Benaym met. But their remarkably different careers merged in different ways, which is probably what brought them together.

Tidwell was the Artistic Director of Movmnt Magazine and Benaym was the editor-in-chief of the magazine from 2006 to 2015. Benaym has also volunteered for organizations related to dancers and Broadway performers.

Shortly before Benaym would leave the magazine to join i24News, he and Tidwell tied the knot on August 31, 2014 in Manhattan, according to records.

Travis Wall, whose mother had adopted Tidwell as a kid, confirmed the dancer’s death with a social media post on March 7. After Wall revealed that his brother died in a car crash, Benaym shared a sorrowful social media post of his own confirming the news.

Benaym wrote in his post that Danny died on the night of March 6 while his friend was driving him home from work. His friend survived the car crash.

Benaym and Tidwell’s family have received an outpouring of condolences from the SYTYCD family and social media users.

I'm devastated that my Danny, the love of my life, my beloved friend, the artist, the talented angel, fierce mind, legendary dancer, my now late husband, Danny Tidwell died last night in a car crash while his friend was driving him home from work. I'm thinking of Denise, Travis, Scott, Tyler and Shannon, Grandma, his sisters Latoya and Ronda, his friend that was with him, Eddy, that survives him, and all his dance family that is already expressing the state of shock we are all in. We were so lucky to have him, life was so challenging for him. But he was a warrior, and he came back standing, always. We loved each other so much, he was and always will be family. He made me the happiest for so many years, we were able to create so much together, a book and a show, Moving Still, an amazing magazine adventure for 7 years, movmnt magazine, that made us so proud. He had such an impact on the dance world, life gave him so much to deal with from a young age. I will write more about you Danny, tell your story, continue your legacy, make sure that you are not forgotten, that you are celebrated. An angel with no wings you said you were, you were flying all along, and you'll be our guardian angel from now on. I love you, I'll forever miss you. You're now in peace, mon Danny, and I know you know how much you were loved. #dannytidwell