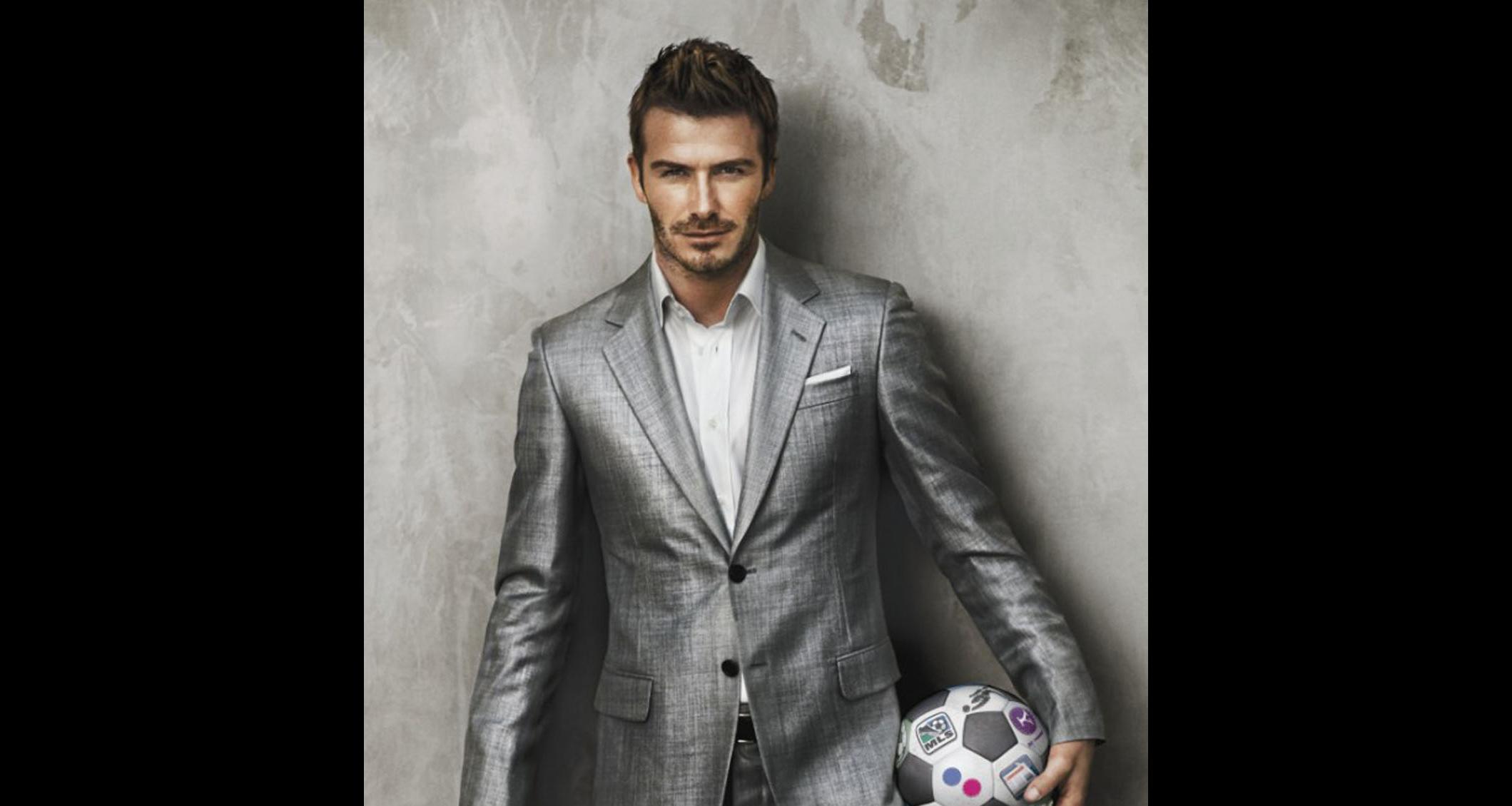 After retiring from professional football in 2013, David Beckham swiftly managed to secure an estimated $350 million net worth, which is to be expected when you happen to be a top athlete of all time! But a soccer field is not the only place Beckham shows off his skills, as the talented sportsman is globally looked upon for his inspirational contributions to communities all over the world.

Beckham is known for his skill in the game—his passing skill, crossing ability, and bending free kicks have helped to make him a runner-up for FIFA World Player of the Year on two separate occasions. In 2004, he was named in the FIFA 100 list of the world’s greatest living players. Beckham also stood at number eight on Forbes’ list of “The World’s Highest Paid Athletes” for 2013. And even though he hung up his cleats that year, Beckham still made the Forbes list of the “Highest Paid Retired Athletes” in 2014, behind basketball legend Michael Jordan and golf icon Arnold Palmer.

Born in Leytonstone, London, David was destined to play the game, as his parents had always been steadfast supporters of the city’s Manchester United club. Many people don’t know that a young David Beckham playing a mascot for the club’s 1986 match against West Ham would eventually lead to him playing for the club and making history! Beckham was one of the best young talents in his time when he and his teammates, like Paul Scholes and Ryan Giggs, brought home the FA Youth Cup in 1992.

His salaries from the last decade have earned him at least $20 million a year, with a whopping $50 million salary last year. His combined earnings as a soccer player have surpassed the $200 million benchmark.

David Beckham marrying former Spice Girls member Victoria (a.k.a. Posh Spice) in 1999 escalated his celebrity status much higher than any other athletes of his time. The “Beckham” brand of David and his family—wife Victoria and their four children—is one of the most prolific in London and have even been compared to the U.K.’s royal family. According to a 2015 report from London’s The Sunday Times, Queen Elizabeth II’s estimated fortune was around £340million (approximately $490 million), while the Beckhams’ net worth combined was closer to $730 million. There’s definitely something to be said for a guy who successfully made his family more financially prominent than the country’s “ruling” family.

Celebrating his decorated football career, the British legend donated his $5.3 million salary from Paris Saint-Germain in 2013 to a charity that helps children. That’s just the start of his charitable efforts. Beckham is also one of UNICEF’s Goodwill Ambassadors and has gone to many countries to provide food and healthcare to needy children from unfavorable and isolated areas. Furthermore, Beckham is an advocate against violence and malnutrition among children, and is a proud supporter of various anti-AIDS initiatives.

Beckham reportedly earned over $75 million in 2014 (his first full year of retirement), marking the highest annual earnings from his career.

In October 2015, the soccer legend was said to be in the initial stages of starting up his own clothing line after signing a five-year partnership with Kent & Curwen, a renowned Hong Kong-owned label. Although it’s still in the early phase, the partnership will undoubtedly add even more to David Beckham’s net worth.

David and Victoria Beckham live in their royal London manor with their kids: sons Brooklyn, Romeo, and Cruz, and daughter Harper. The estate is worth at least $40 million and is one of the most expensive homes in the country. The Abbotswood Estate is a magnificent countryside property with a chateau that is way bigger than any house, boasting 10 bedrooms, a never-ending stretch of lawns, and almost thirteen buildings in and around the huge acreage. The Dikler river runs through these estates, which is almost 380 football fields big. The couple was also rumored to be eyeing an $11 million manor called Amberley House in the Nailsworth neighborhood in Gloucestershire, England.

When you own such flamboyant abodes, you obviously have to travel around and arrive at them in style. So it’s no wonder that Beckham’s over-the-top car collection has included an Audi RS6, a Bentley Mulsanne, a black Porsche 911 Turbo, a Jeep Wrangler, a Rolls-Royce Phantom Drophead Coupe and Ghost, a custom-made Chevy Camaro, a Bentley Continental, and SUVs by Range Rover and Cadillac. David has also seen riding his customized bike whenever he takes a day off or commutes to pick up his kids.

With a $350 million net worth, David Beckham will undoubtedly keep scoring big by investing even more into his remarkable Beckham empire and developing an even higher stature as a globally influential icon.