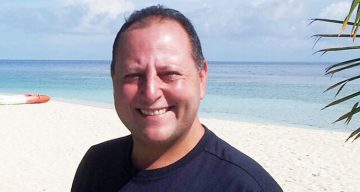 David Toborowsky married Annie Suwan after meeting her in Thailand, where he was living at that time. The couple has appeared on 90 Day Fiance and now on its spin-off, 90 Day Fiance: Happily Ever After? However, the two are not living in wedded bliss. Even though Toborowsky is college educated, he does not have a regular job and is finding it difficult to provide for his family. Suwan is finding out the hard way that there is a thin line between the American dream and the American nightmare!

Over the years, 90 Day Fiance, an American documentary series aired on TLC, has provided fans with one of the most interesting storylines for reality TV. It follows couples who met overseas, fell in love, and have 90 days to get married in order to secure their status in the United States. There have been some relationships between the participants that have captured the viewers’ interest, especially like the one between David Toborowsky and his wife, Annie Suwan.

Toborowsky is married to Annie Suwan, and the couple now appear on the show 90 Day Fiance: Happily Ever After?, season 5 on TLC. This show is a spin-off of the mother series 90 Days Fiance and is now airing season 3. Toborowsky and Suwan are now husband and wife and the show documents the ups and downs of their relationship with post-marriage. The hit series also follows other couples, as well.

Viewers have come to learn that the couple is struggling for money and wonder what Toborowsky does for a living. Unfortunately, Toborowsky is currently unemployed and does not have a job (something Annie was not aware of). The couple is surviving thanks to Toborowsky’s friend Chris Thieneman, who has been loaning them money and allowing them to live under his roof. Here are a few details from David Toborowsky’s wiki.

Proud of His Kids

David Toborowsky’s age is 49 and he hails from Louisville, Kentucky, while his wife Annie is from Thailand. Toborowsky has three children from a previous marriage; two daughters (one named Ashley, who has been seen on the show), and a son named Jacob. Toborowsky is very proud of his children and earlier had posted a photo of all three of them on his social media account.

Earlier this year, Toborowsky’s son Jacob was in the news, as he was accidentally shot in the face by his friend in February. The two boys were toying around with the gun, which they assumed wasn’t loaded and had the safety on when it went off and hit Jacob on the cheek.

After the devastating ordeal, Ashley explained, “I am shocked, I am sad and I am super angry,” adding that the incident has also caused emotional damage. “I’m super sad to see him with a bullet hole in his face, and he didn’t deserve that because somebody else wanted to hold a gun.”

Jacob has since recovered, but the scar will remain.

Toborowsky studied at the J.P. Stevens High School in Edison, New Jersey, before studying aviation at Embry-Riddle FL/AZ. He also studied Health Administration at the University of Kentucky, a public co-educational university in Lexington, Kentucky. He was a Special Adviser at Commonwealth of Kentucky for a while. Today, Toborowsky is famous for appearing on the reality TV show 90 Day Fiance, through which he is trying to get his life back in order. 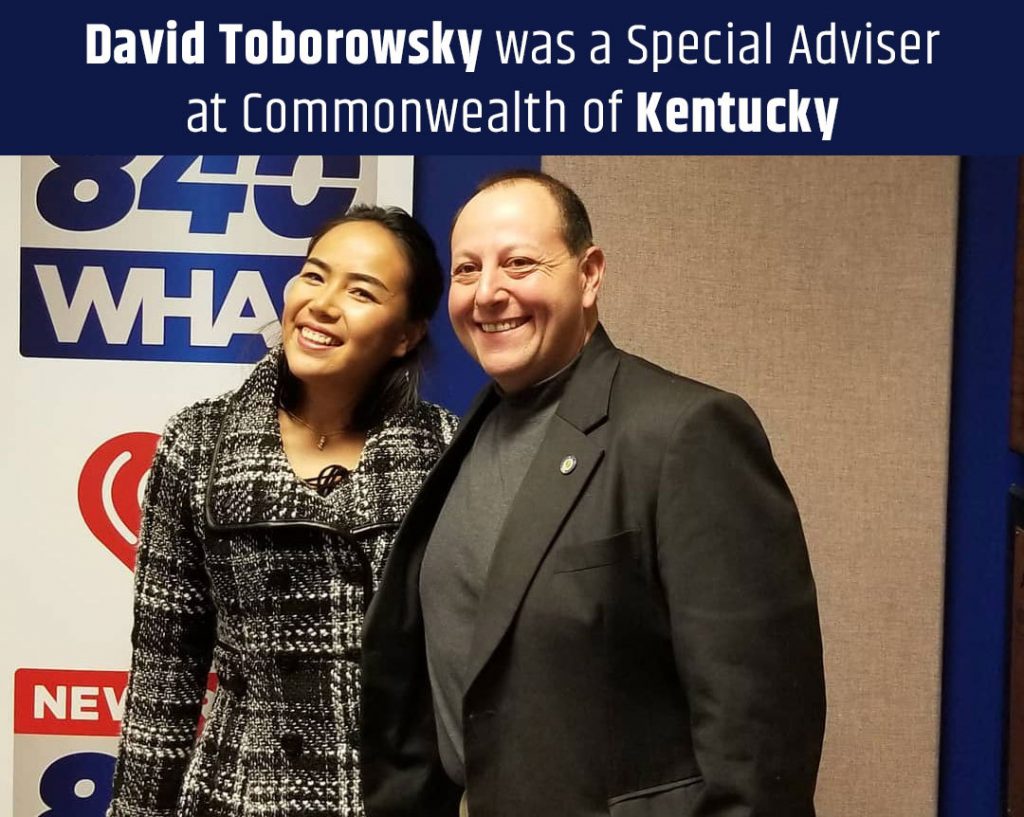 Getting Married Despite Problems

People want to know how Toborowsky met Annie Suwan and how the lovebirds originally got together. He met Suwan at a bar when he was living in Thailand and later got his best friend Chris Thieleman to sponsor Suwan and give him enough money to pay the bride price to her parents. Despite Toborowsky’s problems (like his past infidelity, poverty, and drinking problems), Suwan decided to marry him. They currently live in Louisville, Kentucky, even though they often think of moving back to Asia. 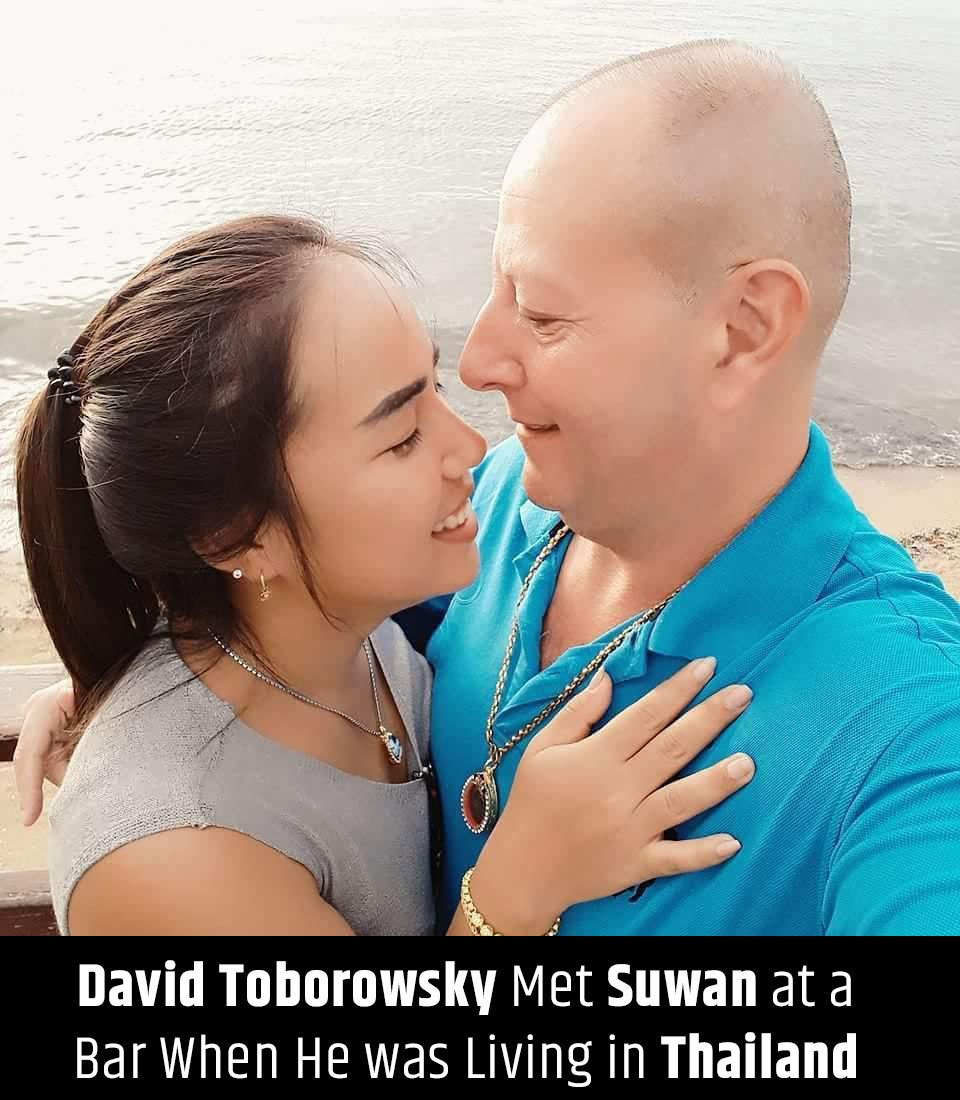 No Job, No Money

The biggest problem that Toborowsky faces in life right now is that he is broke and doesn’t have a job. He has been keeping the home fires burning thanks to the money he has borrowed from his friend Chris Thieneman, but according to reports, he is soon going to be cut off. In fact, the couple is living in a firehouse owned by Chris owns, but according to reports, they will not be freeloading off Chris anymore.

Toborowsky has revealed this new development and said, “Chris has cut me off financially at his wife’s request. I find that it’s really hard because I wasn’t prepared for that.”

Further reports reveal that Toborowsky is now totally broke, and Suwan had to reluctantly pawn some of her jewelry just to make some quick cash. Suwan admitted, “The married life is really hard. I hate that we have to pawn my jewelry, but David hasn’t had a job yet, and we don’t have money.”

Now, to add to their problems, they cannot live at the firehouse for free any longer. Chris is charging them rent ($1,000 per month), which they reportedly cannot afford. According to Toborowsky, “I used to think that if my back was up against the wall and we were in dire straits, Chris would help me if I really needed it. I don’t feel that way right now.”

Another problem that is troubling Toborowsky is that he is still trying to build a healthy relationship with his three children, which turned sour ever since he divorced their mother. They don’t get along with Suwan, who is now legally their stepmother.

Problems with Son Moving In

Things have got even more complicated now that Toborowsky’s son Jacob is moving in with the couple! Suwan is very unhappy with this new development because she is afraid her personal life will be affected by Jacob living with them.

When Toborowsky told Suwan that Jacob would stay with them during the week and spend Friday, Saturday, and Sunday, with his friends, Suwan wasn’t keen on the plan. She told her husband, “Okay, so if he’s here five days a week and two days a week with his friend, we will have sex just two times a week. Because he’s here, I will not have sex with you. It’s not a good idea to sleep next door, and he hears his dad and his new wife.”

It was a big blow to Toborowsky, quite literally below the belt. Earlier, he said he was having sex with Suwan five times a week, and the couple had all the privacy in the world! But now, after Jacob’s near-fatal gun incident, all three of them may be living together and Suwan is not thrilled about it.

Money Not Easy to Come By

Since money is hard to come by, Toborowsky will seemingly do anything to make a buck. He recently put on a mascot’s dress and danced for a few hours for Thieneman’s company in Louisville, Kentucky. While some people thought that the whole thing was pretty degrading, a job is still a job. And given Toborowsky’s aversion to a 9-to-5 job, he didn’t have much choice in this matter. Thieneman said that he was very proud of his friend and paid him around $200 for a few hours of work. 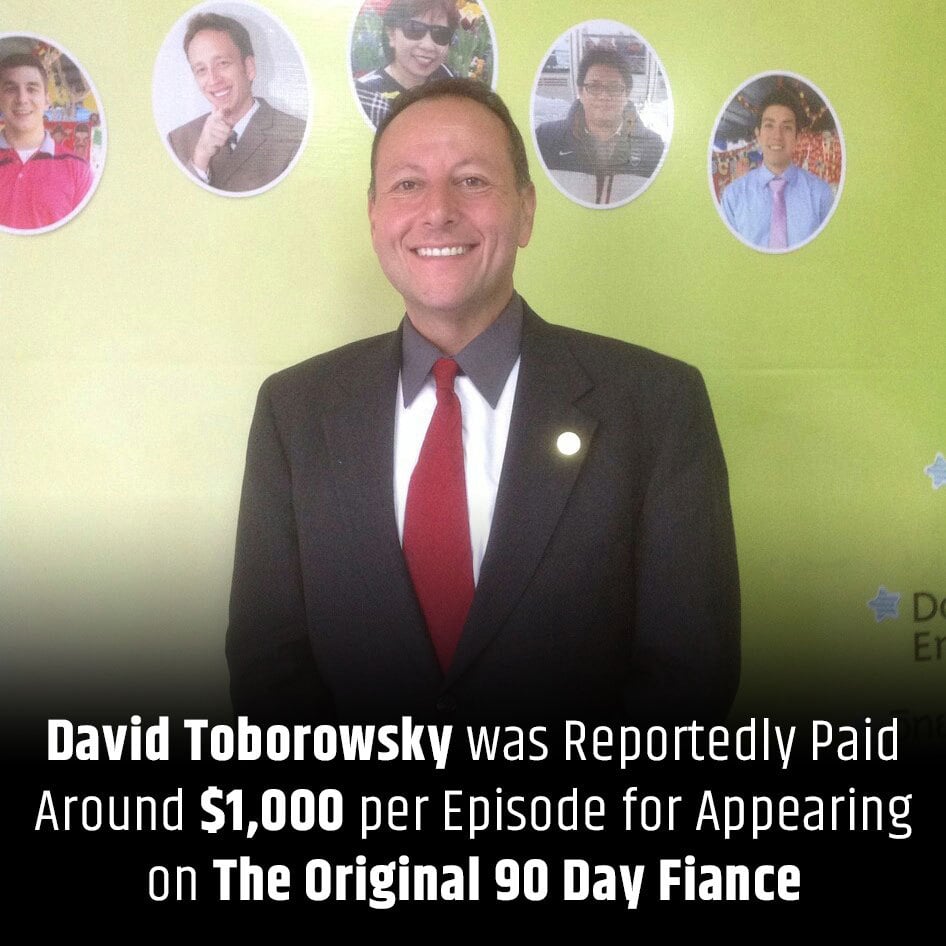 Toborowsky has also made money for appearing on the original 90 Day Fiance, where each participant was reportedly paid around $1,000 per episode and $2,500 for the tell-all special. Season 5 had 13 episodes, including the season-ending tell-all episode, which means Toborowsky made a healthy $14,500 for the whole season. Unfortunately, he does not have a job currently and is facing serious financial problems.

Toborowsky has had political ambitions and in 2010, he ran for a seat on the Jefferson County Board of Education in Kentucky. His campaign got off to a controversial start because a rumor surfaced that Toborowsky was recruited to favor the majority of the board, who were staunch conservatives. It was alleged that Toborowsky was very close to one Dr. Frank Simon, an anti-gay rights crusader, as well as other far-right political figures.

Another controversy that dogged his campaign was about his eligibility for residency. The address that Toborowsky gave to the Board of Elections actually belonged to his good friend Chris Thieneman, and questions were raised whether Toborowsky actually lived at that specific address or not.

That’s not all! Before his election attempt, Toborowsky was investigated for a “possible violation of the Ethics Code by failing to file a 2007 Statement of Financial Disclosure with the Commonwealth of Kentucky Executive Branch Ethics Commission.” The statement was supposed to have been filed when he was serving in the Cabinet for Health and Family Services.

A Passion for Traveling

Toborowsky has had a passion for traveling all his life and has reportedly gone to more than 63 countries. He is qualified to teach English as a second language. He specialized in international travel and business before getting married to Suwan.

A Lover of Delicious Food

It’s evident from David Toborowsky’s Instagram account that he is a foodie who loves trying out new dishes. It has photos of exotic dishes prepared by Suwan, like her spicy seafood salad and spicy noodle soup. There are also many pictures of Toborowsky and Suwan spending time together, their trip to Thailand, and pictures of Suwan herself.

Future Getting Tougher All the Time

Right now, Toborowsky is struggling hard to make ends meet. He has the responsibility of taking care of his wife and his children, as well. Well-wishers of Toborowsky are hoping that he gets a break and comes into some money before the rug gets pulled out from under his feet. Others feel he could do more to get a job and get things in order. Getting married to Suwan was the relatively easy part; Giving her a fulfilling life is a real challenge!