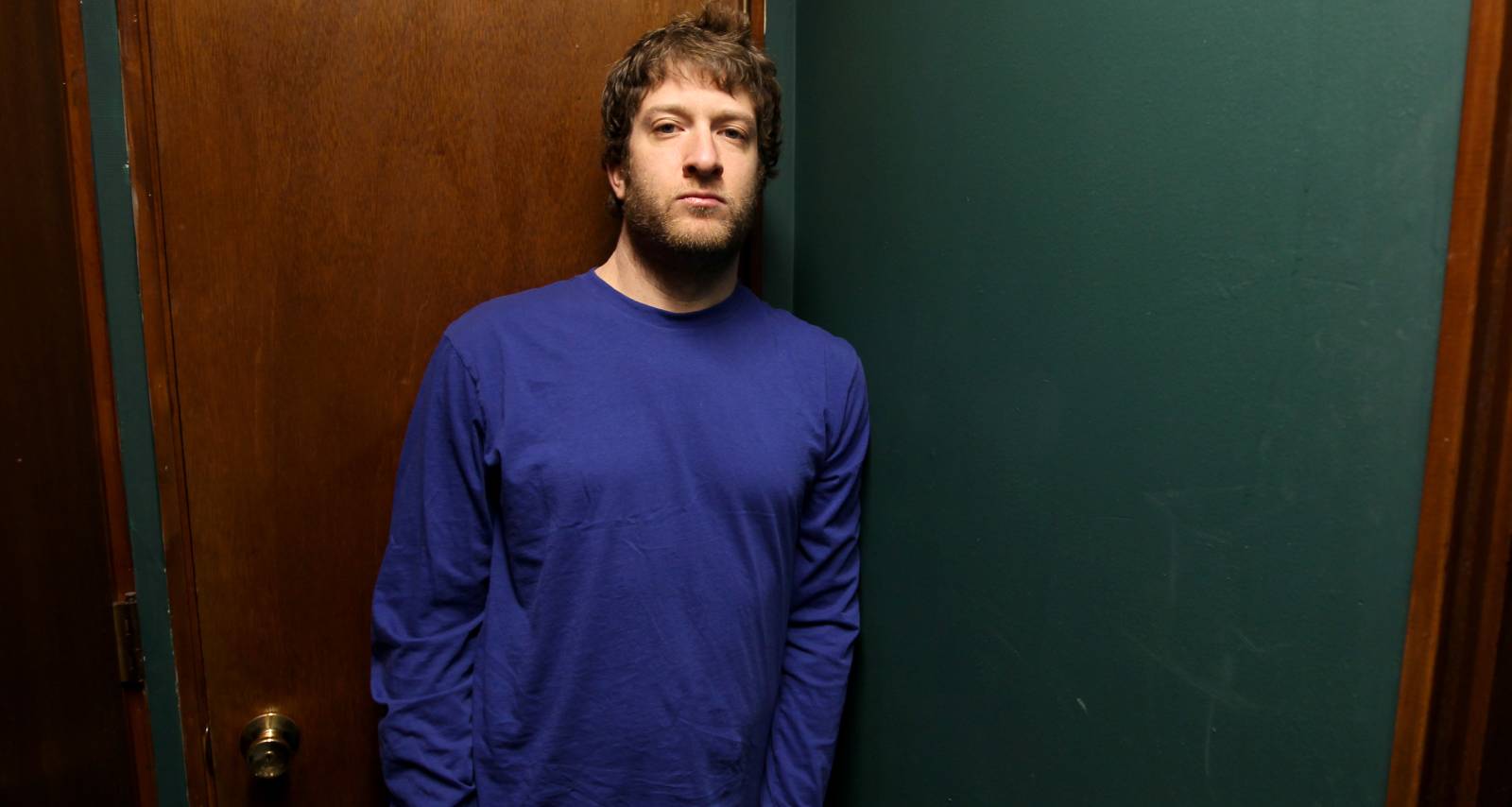 Dave Portnoy can be controversial and comedic, and might seem like he’s “messing around.” But this genius behind Barstool Sports revolutionized sports media and pop culture, which is why he’s El Presidente! Portnoy makes his business deals sound like they are financial whims. Nonetheless, they pay off well for El Pres. His savvy risk-taking has earned him a net worth estimated at $100.0 million, which he confirmed on Twitter himself. And his fortune only keeps growing as he outlines his ambitions to build his Barstool empire.

Massachusetts native David Scott Portnoy (born on March 22, 1977) moved to Boston after graduating from the University of Michigan in 1999. He was working for the now-defunct IT market research firm, the Yankee Group, initially.

After four years there, Portnoy left to begin his own business, Barstool Sports, in 2003. The first incarnation of Barstool was a free print publication distributed in the Boston Metropolitan Area. It offered gambling advertisements and fantasy sports projections before expanding to more topics.

The blog, launched in 2007, grew exponentially from there, with famous bloggers joining the group. AOL began broadcasting exclusive content on the site in 2014, further branding it as a sports media powerhouse. And Portnoy was hands-on in molding Barstool Sports, reportedly working for 10+ hours a day throughout the week.

Sports coverage mixed with comedy, snark, and sarcasm appealed to fans of all Barstool content. Portnoy’s spats with many personalities, including NFL commissioner Roger Goodell, only solidified his brand.

El Pres certainly has every reason to feel like a million bucks, especially after his 2016 deal with The Chernin Group. Peter Chernin’s eponymous company bought the majority stake, 51%, in Barstool for an undisclosed amount. Nonetheless, it made Portnoy a millionaire.

Before the deal, Portnoy had refused to sell any part of Barstool, afraid that outside interference would change what the site was all about. But Chernin Group had convinced him that they understood the essence of the brand.

Part of protecting the Barstool brand was leaving absolute editorial independence with Portnoy. With this deal, Barstool was headquartered in New York, where the Chernin Group is based. The deal provided the capital and expertise to grow the company into a larger sports media entity.

Details about the acquisition were discussed on the inaugural episode of Portnoy’s podcast, The Dave Portnoy Show. With Chernin’s support, Portnoy was able to launch his widely successful podcasts and radio and televised shows.

Barstool was valued at $100.0 million in 2018, with $25.0 million invested in it by Chernin. Two years later, Portnoy brought in another major stakeholder, Penn National Gaming. 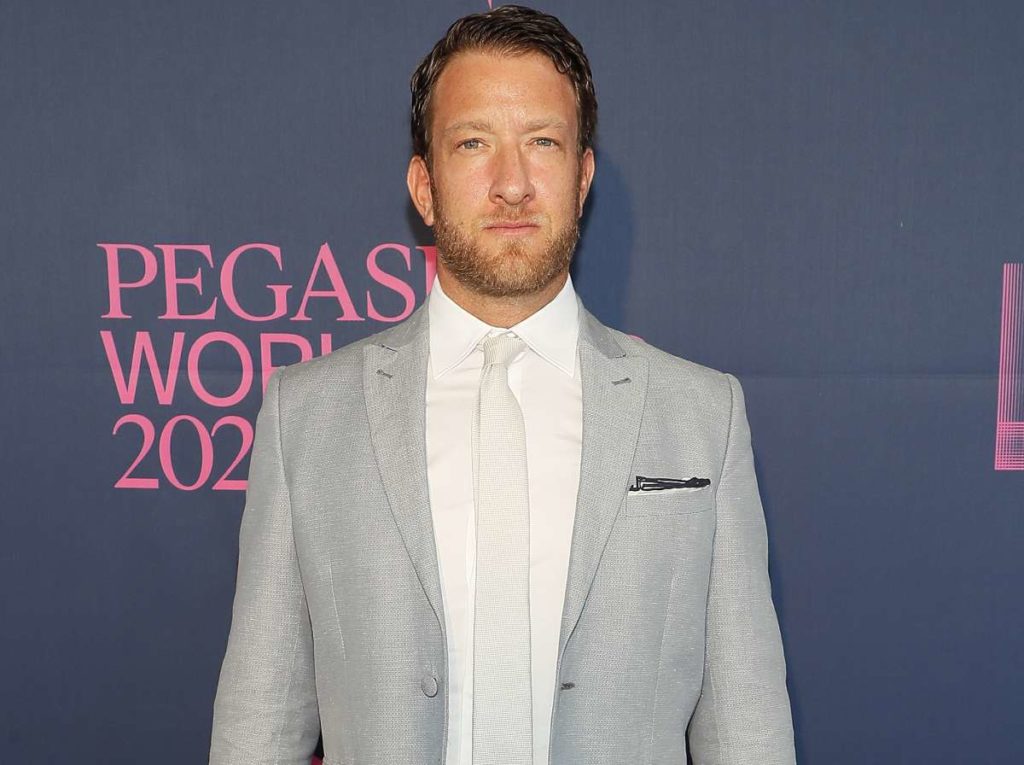 The casino company bought a 36% stake for $163.0 million. As of that deal in January 2020, Barstool Sports is valued at $450.0 million. Penn National also detailed its plan to increase its stake to 50% in three years and eventually get the ownership stake, while Chernin will have a 36% share in the future.

Portnoy is the biggest individual winner of the deal. After Penn National Gaming bought Barstool stock, Portnoy’s net worth got a boost to the $100.0 million.

Portnoy recently revealed that his fortune has taken a hit since COVID-19 affected sports and its coverage. Penn’s stock price has plummeted, reportedly bringing down his net worth. “I think my net worth was around $100 million,” Portnoy said. “Literally probably cut in half, maybe more now.”

Not for long though. On May 19, Portnoy tweeted that his wealth was back to its former glory.

Portnoy Has Moved to the Pizza Restaurant Business

Since 2017, the controversial “Stool Presidente” has moved beyond sports coverage with his latest podcast, One Bite with Davey Pageviews. The pizza review series has Portnoy reviewing pizza places in New York. His reviews average around 796,000 views across all platforms.

In recent history, Portnoy is getting into the pizza business with more enthusiasm. He collaborated with a tech company to launch the One Bite app for users to find the best pizza joint near them and also upload reviews of their own, Davey-Pageviews style. 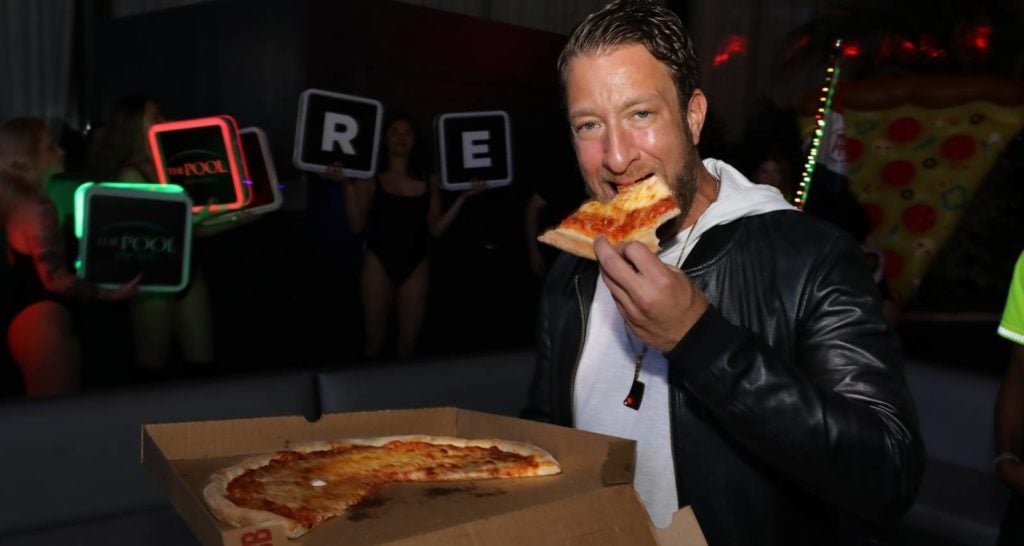 Unsurprisingly, Portnoy is working on opening his own pizzeria in East Village. In late 2019, it was revealed that he’s collaborating with chef Nino Coniglio of Williamsburg Pizza to launch the restaurant, Alright Frankie, named after the catchphrase from his pizza review show.

Also Read: Joe Exotic Net Worth: How Did the “Tiger King” Make His Fortune?

Portnoy Got into Day Trading During the Pandemic

Sports leagues have suspended all games during the coronavirus pandemic, which hinders sports betting, something that’s a big part of Barstool’s content. During this time, Portnoy has turned his focus to day-trading.

He turned his gambling-themed Sirius/XM Show Picks Central into Stocks Central in March. There, he shared his foray into the stock trade. Portnoy, who admitted he has no expertise in stocks, deposited $3.0 million into an E-trade account in order to experiment with day-trading.

While his stock game isn’t proving too lucrative, Portnoy has monetized his Davey Day Trading Global live stream, which has become a runaway hit. He’s even scored a sponsor for the broadcast.

But as thrilling as he makes day-trading seem when sports betting isn’t possible, Portnoy advises Stoolies not to follow him blindly. He cautions them to be prepared to lose money.