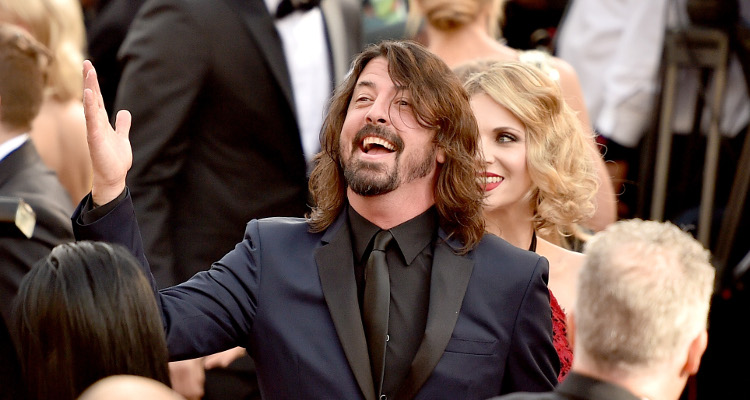 Dave Grohl from Foo Fighters is going to take the mic this time for a different reason. The musician is scheduled to host Jimmy Kimmel Live in the host’s absence. Before the episode airs tonight, check out everything you need to know about Dave Grohl’s wiki right here.

Jimmy Kimmel is filled with gratitude after Dave Grohl, Jennifer Lawrence, Channing Tatum, and Shaquille O’Neal agreed to take his place on the show. Jimmy Kimmel’s son is scheduled for a second heart surgery. Kimmel is fun and positive about the whole situation, but it’s going to be an extra special episode for all of us on Jimmy Kimmel Live tonight.

Keep reading to know everything about Dave Grohl and his life.

David Grohl was born on January 14, 1969, in Warren, Ohio, making his age 48. The musician grew up in Springfield, Virginia.

His parents, Virginia Jean and James Grohl, worked as teacher and news writer respectively. They separated in the mid-70s, and he grew up with his mother. He is of German, Irish, and Slovak descent and became interested in music at an early age.

Grohl was 12 when he picked up a guitar and started learning to play. He decided to stop taking lessons and began teaching himself to play, becoming popular among his friends.

What sealed the deal for Grohl is when he was introduced to punk rock by his cousin Tracy. She lived in Illinois, and when Grohl would go visit her, she took him to a lot of concerts there. When he saw Naked Raygun live, he fell in love with punk.

Grohl attended Thomas Jefferson High School, where he was elected as the vice president of his freshman class and was popular for his music, too. He would play songs from bands like Bad Brains and Circle Jerks before the morning announcements on the intercom.

While he was gaining popularity at his school, Grohl’s mother was worried about his grades and cannabis use.

The Humble Beginnings of a Rock Star

Grohl got transferred to two schools after—Bishop Ireton High School and Annandale High School—after repeating the first year twice. He was already playing with the band Freak Baby at the time and would even play at gigs. And, the talented musician taught himself how to play the drums while in the band.

Loving what he did, Grohl was more than happy to be in a band and play music all day. And one place that apparently changed his life was 9:30 Club in Washington, D.C. He said that he always went there and was very excited to listen to all the live music, which influenced his teenage mind and his musical orientation.

Iration's Intergalactic Tour is coming to @930club Monday, October 30th! With special guests Fortunate Youth and Through The Roots. Doors at 7:00pm, GA $25.00. Get your tickets at the link below! https://www.irationmusic.com/tour-dates/2017/10/30/irations-intergalactic-tour-washington-dc #music #iration #concert #930club #theoriginalheadshopwashingtondc

Grohl was 16 years old when he got the opportunity to play with a popular DC band named Scream as they had lost a drummer. Grohl lied about his age and said that he was 20, so the band gave him the role.

At 17 years old, Grohl dropped out of high school in his junior year. He wanted to follow his passion for traveling and music.

Grohl was with Scream for four years, touring with them and recording live albums. He became friends with Melvins’ Buzz Osborne, who brought his friends, Kurt Cobain and Krist Novoselic, to watch Dave Grohl and Scream play.

Scream unexpectedly broke up, and Grohl called Ozborne looking for advice. Nirvana was looking for a drummer at the time, and Ozborne forwarded the message to Kurt Cobain. The band called Grohl to Seattle for an audition and he became the full-time drummer for the hit band.

Grohl and Cobain worked on numerous songs in the early ‘90s together like “Cold Pictures of a Marigold,” “Pocketwatch Cassette,” and “Scentless Apprentice.” He was also involved in Nirvana’s guitar riffs.

Novoselic worked with Grohl on numerous songs. And, they later would become the Foo Fighters.

Kurt Cobain died in 1994, and Grohl was devastated. He faced the same situation again and was contemplating a future for himself when Nirvana former A&R rep, Gary Gersh, asked him to sign a deal with Capitol Records.

Thinking of a solo restart as a waste of time, Grohl recruited Pat Smear, William Goldsmith, and Nate Mendel as band members, and professionally remixed an album that he had made earlier. It went out as the Foo Fighters debut album, and the rest is history.

Love, Music, and Money: A Rock and Roll Life

Dave Grohl was married to Jennifer Youngblood in 1992 but separated from her in 1993.

In 2003, Grohl remarried. He was already a member of Foo Fighters when he married his current wife, Jordyn Blum. The couple has three girls—Violet Maye, Harper Willow, and Ophelia Saint. He is enjoying every bit of the parenting part of his life.

Grohl has been inducted into the Rock and Roll Hall of Fame along with Kurt Cobain. He has been named as one of the most influential rock musicians in the last 20 years.

It is estimated that Dave Grohl’s net worth is a whopping $260.0 million.