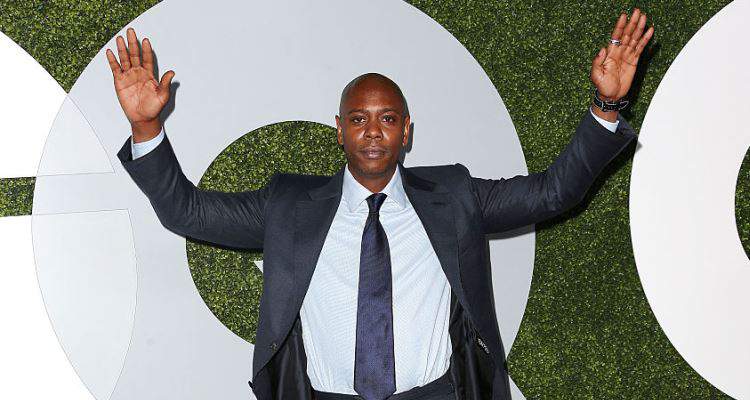 Why did Dave Chappelle leave Chappelle’s Show? Since Dave Chappelle: The Bird Revelation aired on New Year’s Eve, many have been talking about his Louis C.K. comments. Dave Chappelle’s show on Netflix has people buzzing with excitement, causing many to wonder why he quit his former his Comedy Central show back in 2005. Find out why the comedian left the fame and fortune behind for years, before getting back on stage to bring us all the laughter.

Why Did The Chappelle Show End?

Why did Dave Chappelle quit? It was something fans of Chappelle, now 44, never expected, but believe it or not, it happened. At the time, his career was on the rise and he had everything he wanted, including a $50.0 million deal with Comedy Central. But out of nowhere, he picked up and left all that behind and went to Africa! He never did get that $50.0 million from the network, as his show abruptly ended in its third season and he was somewhat off the grid for seven years. So, why did he give it all up? In a 2014 interview with People, the comedian talked about leaving at the height of his career, for family.

“I never stopped being on stage. What I did was step off of the main stage,” he said. “Because those lights were hot, and I was trying to do other things with my life.”

“That kind of attention wouldn’t have been conducive to raising a family,” added the husband and father of three.

In a past interview with GQ, Chappelle reflected on being a full-time father saying, “I was trying to explain to my kids the other day how different my 40 was to my dad’s 40. I skateboard sometimes, play video games, buy motorcycles. I ride bikes now. Like, man, I’m a real action-packed 40-year-old dad, like, relative to what a 40-year-old was like when we were growing up.”

If there was one thing that was more upsetting to people in 2017 than President Donald Trump’s tweets, it was the rash of sexual harassment claims that were made in Hollywood. Harvey Weinstein, Kevin Spacey, and more were dragged through weekly headlines for sexual misconduct. But Chappelle, who’s been known to be highly controversial, has been joking about Spacey and comedian Louis C.K.‘s sexual harassment allegations.

“I shouldn’t say this, but f–k it, [C.K’s] allegations were the only one that made me laugh,” he said in his Dave Chappelle: The Bird Revelation special released on New Year’s Eve. “It’s terrible, I know it’s terrible. I’m sorry ladies … At the same time, you know what I mean, Jesus Christ, I don’t know, they took everything from Louis, it might be disproportionate, I can’t tell, I can’t tell, this is like where it’s hard to be a man.”

One of Chappelle’s jokes involved one of the five women who accused C.K., writer Abby Schachner, with whom C.K. masturbated while on the phone. She reportedly said it was “one of the things that discouraged her from pursuing comedy.”

“One lady said, ‘Louis C.K. masturbated in front of me, ruined my comedy dreams.’ Word? Well then I dare say, madam, you may have never had a dream. Come on man, that’s a brittle spirit. That is a brittle-ass spirit, that is too much, this grown-ass woman.”

Comedians Donnell Rawlings and Norm McDonald said that Chappelle’s jokes on disgraced stars like Spacey and C.K. are fair game and don’t expect any apologies from the fellow comedian.