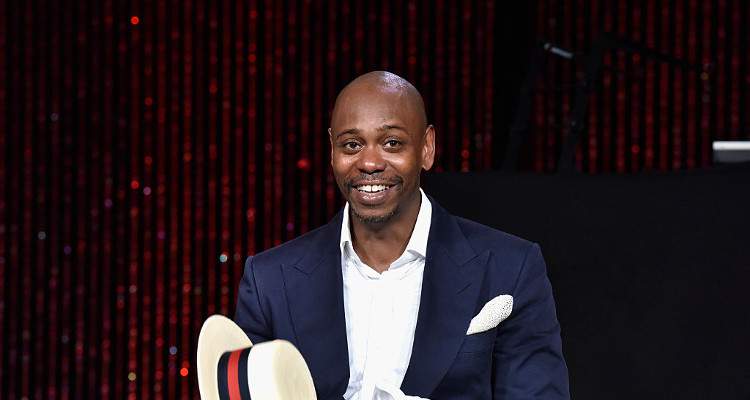 The ace comedian recently made a comeback and Dave Chappelle’s latest Netflix show is creating quite a buzz. How many kids does Dave Chappelle have? Where is Dave Chappelle’s family?Everyone wants to know more about his personal life and, as always, we’ve got all the answers!

Born on August 24, 1973, David Chappelle is an actor, writer, producer, and stand-up comedian who began his career in 1993 with Robin Hood: Men in Tights. After that, he bagged several supporting roles in successful films such as Con Air, The Nutty Professor, You’ve Got Mail, Undercover Brother, and Blue Streak. In 1998, he landed his first lead role with Half Baked. In 2006, Esquire called Chappelle “the comic genius of America” and in 2013, he was named “the best” by a Billboard writer. Rolling Stone gave him the No. 9 spot of their “50 Best Stand-Up Comics of All Time” list in 2017. Chappelle also won an Emmy Award for his guest appearance on Saturday Night Live in September 2017. How many kids does Dave Chappelle have? Read on to find out more about Dave Chappelle’s family.

In 2001, Dave Chappelle married Elaine Mendoza Erfe. The two have been blissfully married for the past 16 years and are still going strong. Together ,the couple have three children: Suleyman Chappelle, Ibrahim Chappelle, and Sonal Chappelle. In a 2014 interview with The New Yorker, Chappelle was quoted saying, “My wife is Asian, and my kids have somehow turned out to be Puerto Rican… My mother is half white. If I grew my hair out, you would think it was a Katt Williams concert. My grandparents were biracial—from rape, but what can you do.”

Chappelle lives with his family on a 65-acre farm near Yellow Springs, Ohio. In an interview with MTV, Chappelle revealed why he chose to live in Ohio over New York or Los Angeles, “I love Ohio. Being famous is great, it’s not like bad or horrible or anything. But it has nothing to do with who you actually are. And that’s a real important lesson to learn, because I’m telling you, this can be overwhelming. So I like Ohio because it reminds me of that. It’s hard to get comfortable, but I’ve managed to get comfortable. I still travel all the time, but it’s still nice to have 65 acres to just chill out. And the idea is it’ll keep you balanced.”

He is not only great at his job as a stand-up comedian but deeply loves it, “This is the only job I’ve had since I was 14. My wife asked me once if I weren’t a comedian what I would do. I couldn’t answer the question. I never imagined doing anything else.” Well, maybe that’s the secret to ace anything in life, to love it deeply and have no second thoughts about it.