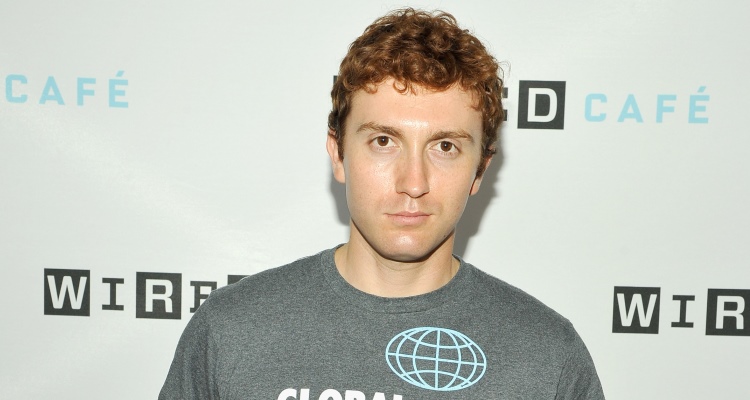 Daryl Sabara is making headlines after he was spotted holding hands with a pop singer! Who is Daryl Sabara dating now? The woman he locked phalanges with is none other than “Me Too” singer, Meghan Trainor! The paparazzi caught the couple walking together through the Los Angeles International Airport Tuesday, October 11. The pair have been reportedly hanging out together lately and based on their frequent appearances together, reports are saying Meghan Trainor and Daryl Sabara are officially dating! If you’re curious about Spy Kids star Darryl Sabara’s dating timeline, we’ve got the scoop.

Fans of the performing artists have been teased for weeks as Sabara posted a cute selfie of the two on his Instagram (@darylsabara) on September 16. He shared another sweet photo of the lovers four days ago, where Trainor is smiling affectionately at him with her elbow on his shoulder. The social media shout-outs are not one sided—Trainor also shared a photo on her Instagram (@meghan_trainor). The two were dressed in cute onesies before her Untouchable Tour. The new photos from the pair walking through LAX suggest they are officially in a relationship! Love is in the air!

On February 22, 2012, Chloe Bridges was seen with boyfriend Daryl Sabara, whom she came to support at the premiere of John Carter at Regal Cinemas L.A. Live in Los Angeles. She is currently in a relationship with Pitch Perfect actor, Adam Devine.

Got us these for v-day cause if we got matching onesies on you know we gettin TURNT. If ya get em for you and your sig oth for Valentine's they're 20% off over at @onepiece! Full price if you get one for your side piece cause that's what you get for having a side piece

According to Whos Dated Who, Sabara and Taylor Dooley began dating in 2007 and ended their relationship in 2010. Dooley is an actress, famous for her role in Shark Boy and Lava Girl.

The actress is now all grown up, happily married and expecting a child with her hubby, Justin Cassotta. On her website she explained her departure from the acting world, “As fate would have it, I hit a big growth spurt and at age 13, I looked like an 18-year-old. After a few years, of getting down to the end on roles and ultimately being told “my age and essence played too old”, I decided to take some time away. She began studying Psychology and took time to focus on herself. “I completed the Lee Strasberg Theater and Film Institute, which was so inspiring. I also went to classes and got to work with Ivana Chubbuck on scene study, Leigh Kilton Smith on auditioning, and Cameron Thor in class and one on one working on scene study and building strong interesting characters.” After spending the past five years working on building herself she feels her passion for acting is now like a fire and she’s ready to resume pursuing her career.

so I can kiss you anytime I want ?? #brittanyandkylewalktheaisle #loveweddings #31weeks

Some sources have also rumored that Sabara dated actress Courtney Jines in 2003, and Emily Osment in 2002, but since they were very young the rumors are very likely untrue. No proof was ever provided to support the rumors.