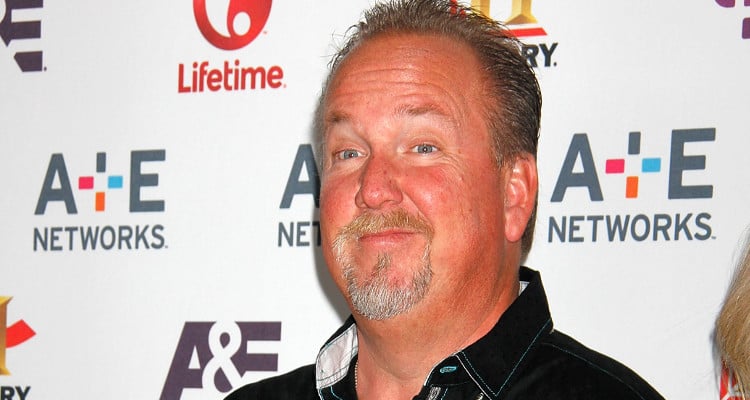 You might know him as “The Gambler” from the show, Storage Wars. If you want to know about Darrell Sheets’ weight loss and more about his life off-camera, take a look at our Darrell Sheets wiki!

Born on May 13, 1958, Darrell Sheets’ age is 59. He is originally from Covina, California and has made his money in storage auctions for almost 32 years. No wonder people on and off the show call him “The Gambler!” Although a lot of the Storage Wars cast members place their bids based on what items might have the highest resale value, Sheets looks for great treasures.

Storage Wars is a reality TV show that follows the buyers of storage lockers that were unpaid for a minimum of three months. Certain states have laws allowing the resale of abandoned storage units, and there are a lot of people who profit from these auctions. The professional buyers only get five minutes to inspect each locker once it is open, without stepping inside, and have to base their bids on what they think they might find. “The Gambler” has been a part of the show since its first season, along with Jarrod Schulz, Brandi Passante, Dave Hester, and Barry Weiss.

Darrell Sheets is known for his catchphrase, “This is the wow factor!” His revenue comes from selling various items from the lockers at a weekly flea market and through his online store. Some of his findings include four drawings by Pablo Picasso, valuable comic books, and a letter by Abraham Lincoln, which sold for over $15,000! Sheets also revealed that in Unlocked: Sell High, he once found a human body wrapped in a plastic sheet. It was discovered that the previous owner of the locker had murdered his wife and kept her corpse inside.

One of his luckiest finds came during the Season 3 finale when Sheets purchased a locker for $3,600 that contained several original artwork pieces by Frank Gutierrez. The artwork was valued at almost $300,000, and was the biggest profit in the show’s history! Sheets would regularly appear on the show with his son, Brandon, until in 2016 when it was revealed that his son wouldn’t be in Season 10 because of budget cuts.

Darell Sheets has been in the business of buying storage lockers for a very long time, and he brought his son into the game, too. Brandon was determined to get into the family business and extend the legacy. So, he dropped out of the school to join his father. No details about Brandon’s mother are known.

Another successful day at the auction. Just got a sweet locker! About to make BIG BUCKS!??

It was love at first sight in 2012, when Sheets saw Kimber Wuerful in the lane next to him as he was driving. They exchanged glances and he even followed her for several miles. He decided to take a risk and wrote his number on a piece of paper and pushed it against his car window. Wuerful actually called him up and said that they spoke for hours. Once they started dating, Sheets moved from Huntington Beach to San Diego to be with Wuerful.

Wuerful is a successful realtor in Orange County. According to the bio on her website, “Kimber’s energy and enthusiasm are contagious. She has a ‘tell it like it is’ approach that keeps her clients well informed. Her experience and hard work have paved the road for her continued success. She is a problem solver by nature; her keen mind is always looking for a better way to serve her clients. If you plan to invest in the coastal communities of Southern California, Kimber is a key resource.”

The two have since split and Sheets is reportedly engaged to Romney Snyder. She works for HiCaliber Horse Rescue, which is a non-profit organization that saves horses from slaughter auctions.

Being in Storage Wars and managing his online business, Sheets’ net worth is estimated to be $4.5 million.

With all of his luck, it seems the only thing he has lost is weight! Darrell Sheets revealed that he lost almost 40 lbs, thanks to a weight management product combined with a new fitness regime on Twitter.