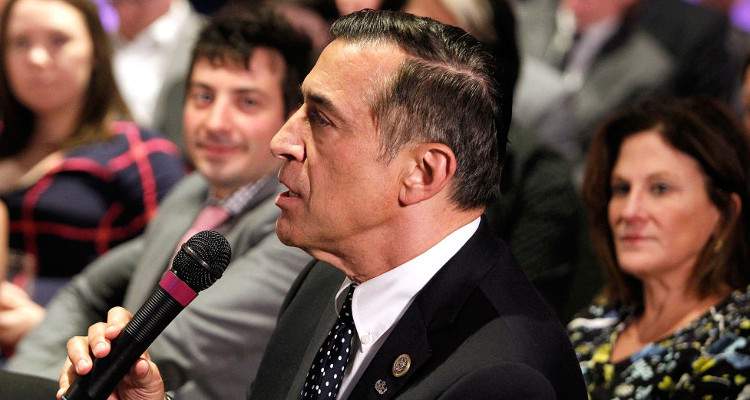 Darrell Issa is a renowned Republican U.S. Representative who was first elected in 2001 and served the State of California for over 16 years straight. The fiery congressman, who is also said to be the richest in his league, recently announced his withdrawal from U.S. politics! And now with Darrell Issa retiring, the Democrats have another chance to sweep the Republicans from power in California this fall. Despite his retirement plans, Darrell Issa’s net worth in 2018 is estimated at $285.0 million and is continuing to grow at a staggering rate. We have all the details about how the congressman made his whopping fortune, so keep reading!

How Much Is Darrell Issa Worth?

Darrell Edward Issa, born on November 1, 1953, is a well-known congressman who is currently serving the as a Republican representative in California. He has achieved several feats in his political career and has taken center stage for his bold approach on many occasions.

Issa openly called out Obama for corrupt practices during his tenure. He is also known to have spent about $2.0 million of his own funds to finance the 2003 recall of California Governor Gray Davis.

Had a great hearing today in @housejudiciary on occupational licensing reform and my bill to restore accountability to licensing boards stifling competition, innovation and job creation

However, Issa is mostly known for his staggering bank balance. He is also known to be the richest congressman of his time, having earned millions through his political career and otherwise.

According to sources, Darrell Issa’s net worth is estimated to be around $285.0 million. This figure is roughly $150.0 million more than the second richest lawmaker in the country.

How Did Darrell Issa Make His Money?

In addition to his reigning political success, Darrell Issa’s high net worth can be attributed to his sharp mind and enterprising attitude.

Before joining politics, Issa served in the army for a couple of years and later invested in a dying local electronics firm by the name of Quantum Enterprises. He gained immense knowledge in automotive security and then started his own firm called Directed Electronics, which earned him great profits at that time.

A little #FlashbackFriday for you: jump school portrait at Fort Benning, circa 1975. Share veteran photos with #AmericasVets in celebration of Veterans Day!

According to accounting reports, 95% of Issa’s wealth comes from investments in multiple high-yield bond accounts that are worth more than $50.0 million each, with some approximating between $25.0 million and $50.0 million.

The former House Oversight and Government Reform Committee chairman also has a massive real estate portfolio. He has several properties spread across California, including Lake Tahoe, Carlsbad, and Vista.

Some of Issa’s financial statements also revealed that he has high stakes in funds managed by giants like Alliance Bernstein, BlackRock, Goldman Sachs, and Lord Abbett.

Despite a retirement in the pipeline, Darrell Issa’s astounding fortune is bound to last him a lifetime and beyond!

Darrell Issa’s Net Worth Compared to His Counterparts

Since members of Congress are only required to make financial disclosures in broad ranges, it is rather tough to know their exact bank balances.

Below is a rough analysis of Darrell Issa’s net worth in comparison to that of his political counterparts.

Well, it looks like this Republican certainly knew his way with money!