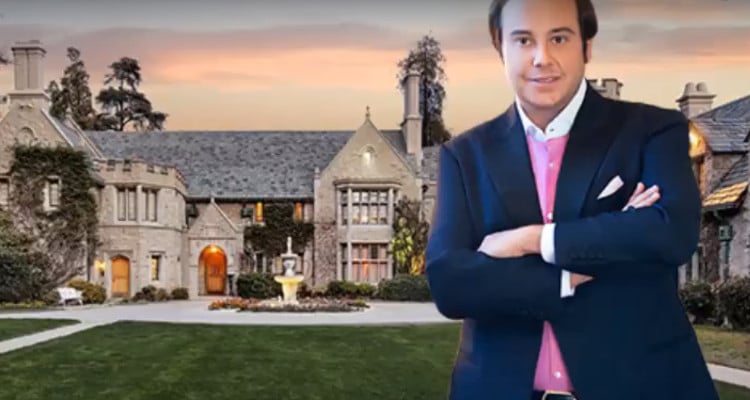 Daren Metropoulos is the current owner of the iconic Playboy Mansion having bought the property for $100.0 million in January of 2016. He is the son of billionaire businessman Charles Dean Metropoulos and an heir to a fortune. Metropoulos plans to change the interior of the mansion and redo it his way. He had to wait until Hugh Hefner’s death to take possession of the house, but is now free to make whatever changes he wants. The parties may continue, but the host will not be the same.

Daren Metropoulos has always been wealthy, but now he is getting famous as well. By now, most people know that he is the man who bought Hugh Hefner’s Playboy Mansion for $100.0 million in January 2016. It was originally listed for a cool $200.0 million, but in the end, it was sold to Metropoulos for half the original asking price. So who is Daren Metropoulos and how was he able to come up with so much money?

Getting money is not an issue for Metropoulos as he is the son of Charles Dean Metropoulos, a billionaire investor and businessman. He has a net worth of $2.4 billion and was ranked at No. 722 on Forbes‘ 2016 list of The World’s Billionaires. Daren Metropoulos is a principal in C. Dean Metropoulos & Company. He also has a brother named Evan Metropoulos.

Who Owns the Playboy Mansion?

In a statement released after Hefner’s death, Metropoulos said, “Hugh Hefner was a visionary in business, a giant in media and an iconic figure of pop culture whose legacy will leave a lasting impact. I was fortunate to know him as a neighbor and friend, and I extend my deepest sympathies to his family.”

Metropoulos is known to be an avid party-goer so there is a chance that the lavish parties that Hefner was famous for will still happen at the Playboy Mansion. However, Metropoulos will first go through his plan of gutting the interior of the house and rebuilding it in the way he wants. And according to sources, he plans to retain the exterior of the house as it is.


Chip Off the Old Block

Metropoulos loves cars and has a healthy collection of Mustangs and Corvettes that he takes impeccable care of. The Playboy Mansion with its huge garage is ideal for Metropoulos.

Metropoulos sure looks like a chip off the old block, and he must have considerable business skills as well. By buying of the Playboy Mansion for half its list price is a testimony of his business smarts. Now the business community is waiting to see Daren Metropoulos’ next big move!