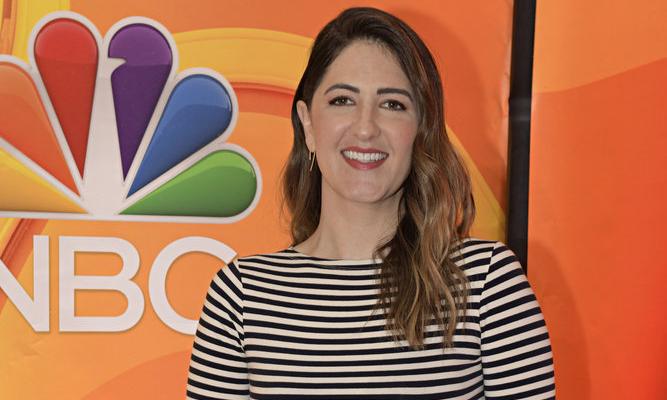 D'Arcy Carden from "The Good Place" -- (Photo by: Virginia Sherwood/NBC)

Jason Carden is a producer in Hollywood with TV series to his credit like The Onion News Network and Rhonda Casting, as well as films like The To Do List and Barbados. He is married to actress D’Arcy Carden, who appears in the popular show, The Good Place. Jason Carden occasionally acts as well, and he’s an experienced production executive who knows what will click with audiences. He lives in Los Angeles with his wife and their pet dog.

Fans are eagerly awaiting the return of their favorite TV series, The Good Place, which will premiere on September 27, 2018 at 8:00 p.m. on NBC.

The Good Place is an American fantasy-comedy TV series starring actress D’Arcy Carden, who plays the role of Janet, a human-like android with artificial intelligence. Fans love the series, especially Carden’s performance, and they want to see more of her.

Who Is D’Arcy Carden’s Husband?

Born on July 6, 1976, in Lynchburg, Virginia, Jason Carden’s age is 42 years old. He is a producer and actor in Hollywood with several films to his credit.

Carden has produced TV series like The Onion News Network and Rhonda Casting, and executive produced the film, The To Do List (2013). He also produced the comedy short film, Barbados (2014), and he produced and appeared in a New York-based web series called Three Percent Enemies.

Currently, Jason Carden is the vice president of development at Sethmaker Shoemeyers Productions. Before this, he was an executive at the production company The Walcott Company for over two years.

He was also a producer at Funny or Die, a comedy video website and a film/television production company founded by Will Ferrell, Michael Kvamme, Adam McKay, and Chris Henchy.

He Came Up the Hard Way

Carden worked in different capacities, including front office manager, assistant to the director of marketing, production coordinator, and associate producer before landing the position of VP of development.

He has worked for companies like Shutters on the Beach and Stillwater Sciences, as well as for Cinema Logic and Dogmatic, where he acquired the ability to handle large production projects.

Carden studied at E.C. Glass High School from 1990 to 1994. He then attended Virginia Commonwealth University, where he graduated in 1998 with a Bachelor of Fine Arts in Theater.

Also Read: Michel Stern: Everything You Need to Know about Lisa Kudrow’s Husband

People who have witnessed the terrific chemistry between Carden and his wife wonder how the two met in the first place.

They were both cast in the same play in San Francisco, California and found that they loved to hang out together. That’s precisely what they did and discovered that they were both suckers for Disneyland, among other things.

They fell in love with each other and worked together in a couple of plays before deciding to tie the knot. Today, they are practically inseparable and are still best friends post-marriage, as well.

Jason Carden loves the fact that his wife tweets regularly, and she is convinced that he would become a hermit without her. The two really are #couplesgoals!

They Relocated to Los Angeles

In 2013, Jason and D’Arcy Carden decided to relocate from New York City to Los Angeles, California as they were spending most of their time there due to their professional commitments. Now, they live in the City of Angels immersed in their work and happy in each other’s company.

Jason Carden’s Instagram account is full of pictures of his wife in various poses and dresses. There are also promotional stills of her TV series and films, as well as photos of her with their dog, and of her at the beach with Carden and hanging out with friends and her family.

You will also find solo pictures of Carden and shots with famous personalities like Joe Biden.

Carden’s Passion Will Win the Day

According to reports, Jason and D’Arcy Carden do not have any children but have a pet dog who they simply adore.

D’Arcy Carden is achieving popularity as an actress while her husband is gaining respect as a sharp and intuitive producer, who knows what material to back.

With his knowledge, hard work, and passion, Jason Carden is all set to hit the big league soon, so don’t be surprised if you hear his name more often!