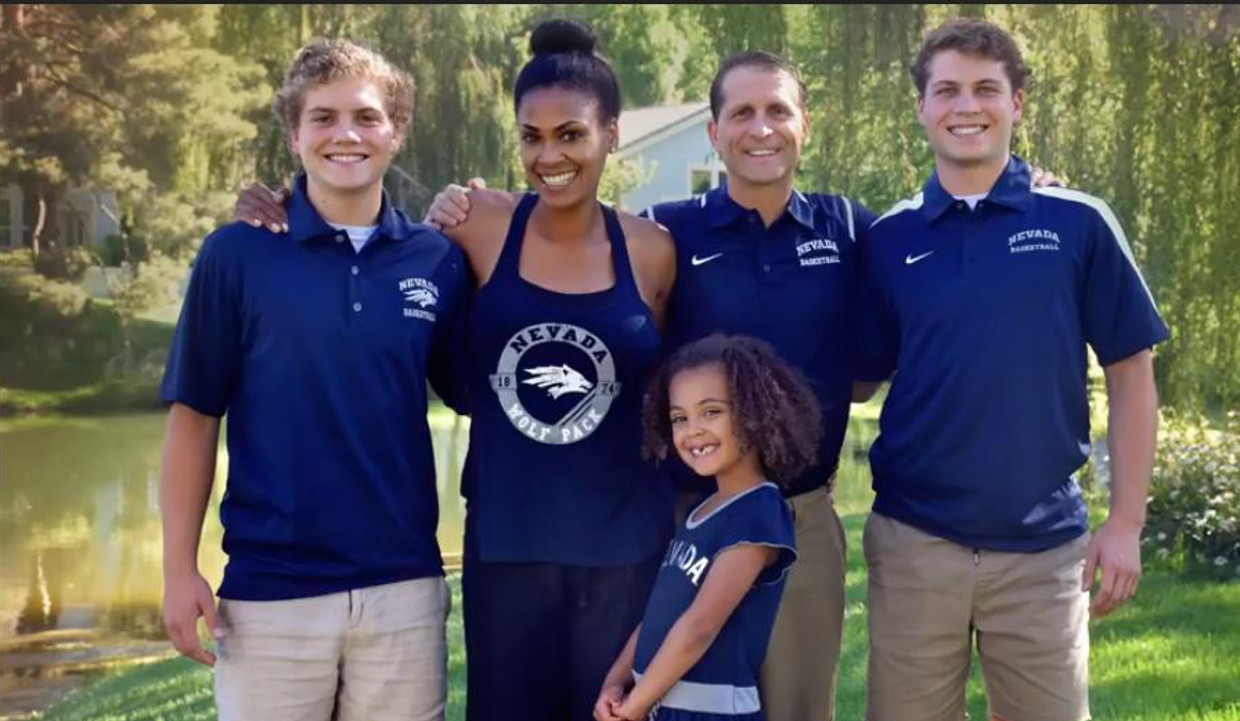 Nevada coach Eric Musselman had quite the shirtless celebratory moment yesterday after the Wolf Packs beat the Cincinnati Bearcats. We’re sure there was nothing new for the Nevada basketball coach’s wife, Danyelle Sargent, to see! But who is the superwoman?

Eric Musselman’s wife is not your usual sports wife, as she has a lot on her plate. And the woman pulls it off with so much ease. Check out this Danyelle Sargent wiki to get the inside story of her fast-paced life!

Born on May 7, 1978, in Georgia, Danyelle Sargent’s age is 39. She graduated from Florida State University.

Sargent is a Bachelor of Science graduate in Communications. She began working with CNN as a production assistant with CNN Sports Illustrated in Georgia.

In less than five years, Sargent became an anchor and a reporter. ESPN’s Cold Pizza was the place to catch Danyelle Sargent’s anchoring.

Hosting TV Shows and Everything That Goes with It

Did you know Sargent was caught screaming the f-word on camera during one of the live shows on ESPN?

Here’s a video of the funny incident after the teleprompter broke down:

It’s all part of the deal. And, Sargent’s fan following only increased after that embarrassing moment.

Sargent was more than happy to co-host The #1 in College Sports on CSTV in 2006. Afterward, she moved on to Fox Sports Net to anchor Final Score.

Sargent has been active as a sports anchor and reporter for over a decade now. In the course of her career, she has also worked for Comedy Central on the show, Onion SportsDome, as an anchor.

Up until 2013, Sargent worked for the NFL Network. She saw her last day at the sports franchise in March that year.

Also Read: Tami Roman’s Is a Name to Reckon with on the Show, “Basketball Wives”

Sargent is also stepmother to Michael and Matthew Musselman from her husband’s previous marriage. She loves her blended family more than anything in the world.

A post shared by Danyelle Sargent Musselman (@danyellesargent) on Oct 7, 2017 at 5:57pm PDT

So lucky to have this amazing father, husband & friend! We ❤️ you to the moon and back… Happy Father's Day! #happyfathersday *bonus dad points for such good looking kids ?

Sargent is a gym-freak and has admitted that she’s a fitness lover. You can find plenty of Danyelle Sargent’s pics and videos of her workout regime, which her 1.8k followers simply love!

Is there something this woman can’t do? Well, Sargent’s here to prove that women are as strong and determined as men. She’s not only an anchor of TV, but also of her family as well.

Also Read: Did You Know This about Shaquille O’Neal’s Wife, Shaunie?

The little girl has made her mother proud (and famous on social media) for the interest she shows in anchoring.

Mariah Musselman often picks up the mic and faces the camera with ease.And after the latest game, she interviewed her father, Eric Musselman!

Eric Musselman’s daughter is already a well-known personality thanks to her keen interest in the game, as well as in hosting in front of the camera. Talk about perfect genes!

Michael and Matthew Musselman, on the other hand, are all grown up and private about their lives.

What Is Danyelle Sargent Doing Now?

Sargent is not one to stay on the sidelines. And although she’s not a regular on TV anymore, she’s not a forgotten name.

The anchor is all about fitness now. She promotes various causes related to staying active and fit.

Full Pedal Cycling Studio seems to be her favorite go-to place. But you can also spot her at various fundraisers and charitable events, spreading the love.

The local celebrity that she is, Danyelle Sargent supports the American Cancer Society and helps raise awareness with them. She’s also associated with the Nevada Children’s Cancer Foundation and Pinocchio’s Moms on the Run campaign for breast cancer awareness.