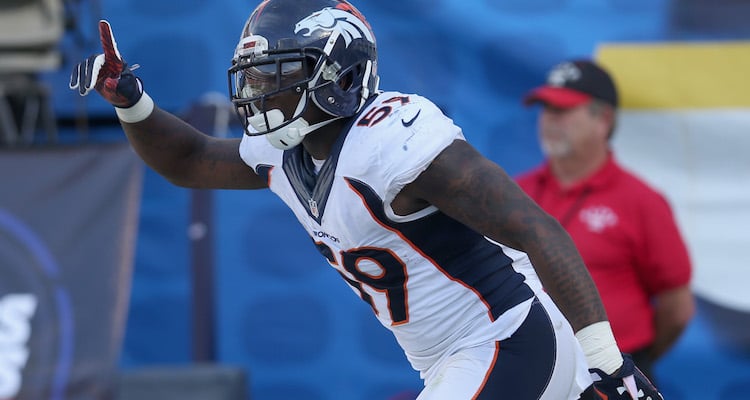 It’s been a busy few days for football news and this time it’s all about Danny Trevathan’s hit on Davante Adams. Fans who witnessed the game are still in disbelief and many are debating the best way for the linebacker to be punished. For more information on the incident and Danny Trevathan’s net worth, here’s our Danny Trevathan wiki.

Football is a violent game and it was even worse when the players didn’t have proper helmets like they do today. But whether you like it or not, it’s all part of the game. Like most sports, people believe there should be a mutual respect both on and off the field. And now, out of all the Danny Trevathan highlights, critics are focusing on his latest move, which injured green Bay Packers receiver Davante Adams. In the third quarter on Sunday’s game, Trevathan hit Adams in the head with what has been described as an “unnecessary, vicious helmet-to-helmet hit.”

“I regret,” Trevathan said, per Packers News‘ Ryan Wood, “just the level I hit him at. I could’ve been a little bit better, but you’ve got to understand I was in a momentum, and I was trying to make a play. Nothing intentional. It happens in this game.”

Adams’ mouthpiece flew out and he fell to the ground. Trevathan was given a 15-yard penalty but critics say that’s just not enough. Adams was taken off Lambeau Field on a stretcher, in an ambulance.

Green Bay Packers star, Aaron Rodgers said he doesn’t “like anybody celebrating when a guy gets carted off the field,” which is  why he had a chat with Danny Trevathan and the Bears about the incident.

“I trust when Danny said he wasn’t trying to intentionally hit him like that … I don’t think he was intentionally trying to hurt [Davante],” Rodgers said in his post-game press conference, when asked if Trevathan should have been ejected.

But Rodgers wasn’t the only Packers player that spoke up about the violent hit.

“I’m not saying that [Trevathan] is a dirty player or anything like that,” Packers guard Jahri Evans said. “He doesn’t have a history like that, but you want to take care of guys. In that respect, he could’ve went in without his head, without his helmet. But he saw a target, and I truly believe he hit what he wanted to hit.”

There are some that believe that Trevathan wasn’t punished enough and then there are others that believe and know he isn’t a ruthless player—not to the point of hurting someone on purpose. At this point, it’s a matter of perception but the reality is that anything can happen in the moment, especially football.