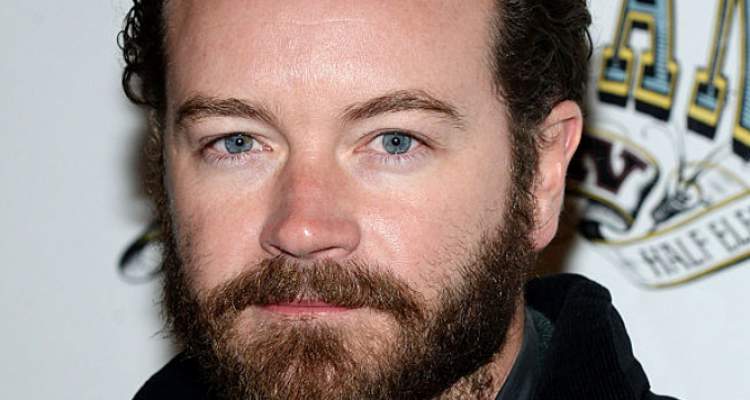 Danny Masterson is an actor best known for his TV roles as Steven Hyde from the That ’70s Show and as Jameson “Rooster” Bennett in the ongoing Netflix-original series, The Ranch. The 41-year-old actor was recently alleged to have raped four women, owing to which he has lost his role in the hit Netflix series. While investigations into the allegations are still pending, Netflix has officially announced the decision to fire him from the show. Here’s more on Danny Masterson.

Four women have recently accused actor Danny Masterson of raping them in the early 2000s. While one of the accusers had also tried to report Masterson’s alleged actions at the time of its occurrence in 2003, it was brushed off owing to a strong rebuttal.

The Danny Masterson rape allegations were first made public by journalist Tony Ortega, who reported on the LAPD investigations against the actor in March 2017. At the same time, he also reported that Masterson had hired lawyer Thomas Mesereau to serve as his criminal defense attorney.

One of the women alleged that Masterson anally raped her and severely injured her during the act. According to another woman, Masterson allegedly raped her while she was passed out; when she woke, he allegedly choked her and continued to do so until she lost consciousness again.

While three of the accusers have chosen to remain anonymous, one of them is identified as Chrissie Carnell Bixler, who dated Masterson for six years. Bixler decided to come out after reading a post on Netflix’s decision to continue working with Masterson pending the investigation.

The Danny Masterson news involving rape allegations comes within the “#MeToo” era, after a series of actors and media personalities have been accused of similar sexual misconduct. For now, investigations by the district attorney and the LAPD are being conducted until formal charges can be pressed against the actor.

Danny Masterson’s The Ranch is Netflix’s first multi-camera comedy. While the series stars Ashton Kutcher as the main lead, Masterson’s role in the sitcom has also been a substantial one…up until now.

Pending the investigation of the rape allegations against the actor, Netflix has been forced to fire him from the ongoing television series.

A spokesperson for the online streaming network earlier stated:

“As a result of ongoing discussions, Netflix and the producers have written Danny Masterson out of The Ranch. Yesterday was his last day on the show, and production will resume in early 2018 without him.”

Even though the actor will continue to appear in the already filmed fourth part of the comedy series, he is pretty much out of work owing to the claims of his alleged sexual misdemeanors.

It is also being claimed that one of Netflix’s executives, Andy Yeatman, was aware of Masterson’s actions even before they were made public. He’s alleged to have been personally informed about them by one of the accusers at a kids’ soccer match. Apparently, Yeatman brushed her off, saying that the company does not believe her accusations.

However, in a recent statement, Netflix came out against the executive, saying that Yeatman’s comments were “careless, uninformed and do not represent the views of the company.”

For now, Danny Masterson’s scandals from years past have put him out of The Ranch and presumably any other work at this time, as well.

Church of Scientology’s Involvement in the Rape Allegations

Danny Masterson and three of his accusers are followers of the Church of Scientology, an organization famous for covering up allegations directed towards it or any of its members.

As per reports, three of Masterson’s accusers had reported the alleged rape to the organization at the time of its occurrence. However, instead of taking action, the Church essentially threatened the women into keeping quiet by stating that “reporting another Scientologist to law enforcement is considered a ‘suppressive act’ and can lead to immediate expulsion from the organization.”

According to the latest news, the Church of Scientology had also helped to stall an accuser’s report to the police in 2004 by presenting over 50 affidavits from Scientologists against her claim. On being questioned, the Church dismissed the reports by saying, “What is being stated is utterly untrue. This has nothing to do with religion. This story is being manipulated to push a bigoted agenda.”

Among the evidence that includes audiotapes, forensic computer evidence, and a threatening handwritten letter Masterson allegedly sent to one of the victims, police have also found e-mails sent to and from Scientology officers at the time the alleged rapes happened. These seem to point to the Church’s involvement in keeping the case under wraps.

The rape allegations against the actor have also put his fans into a state of shock. Danny Masterson’s Twitter account, which boasts 1.62 million followers, may soon dwindle owing to weakening social media presence.

Unconfirmed reports also state that the actor had allegedly raped his own wife in the past and that the song “Incurably Innocent” is about that incident. Danny Masterson’s wife, however, has remained unavailable for comment.