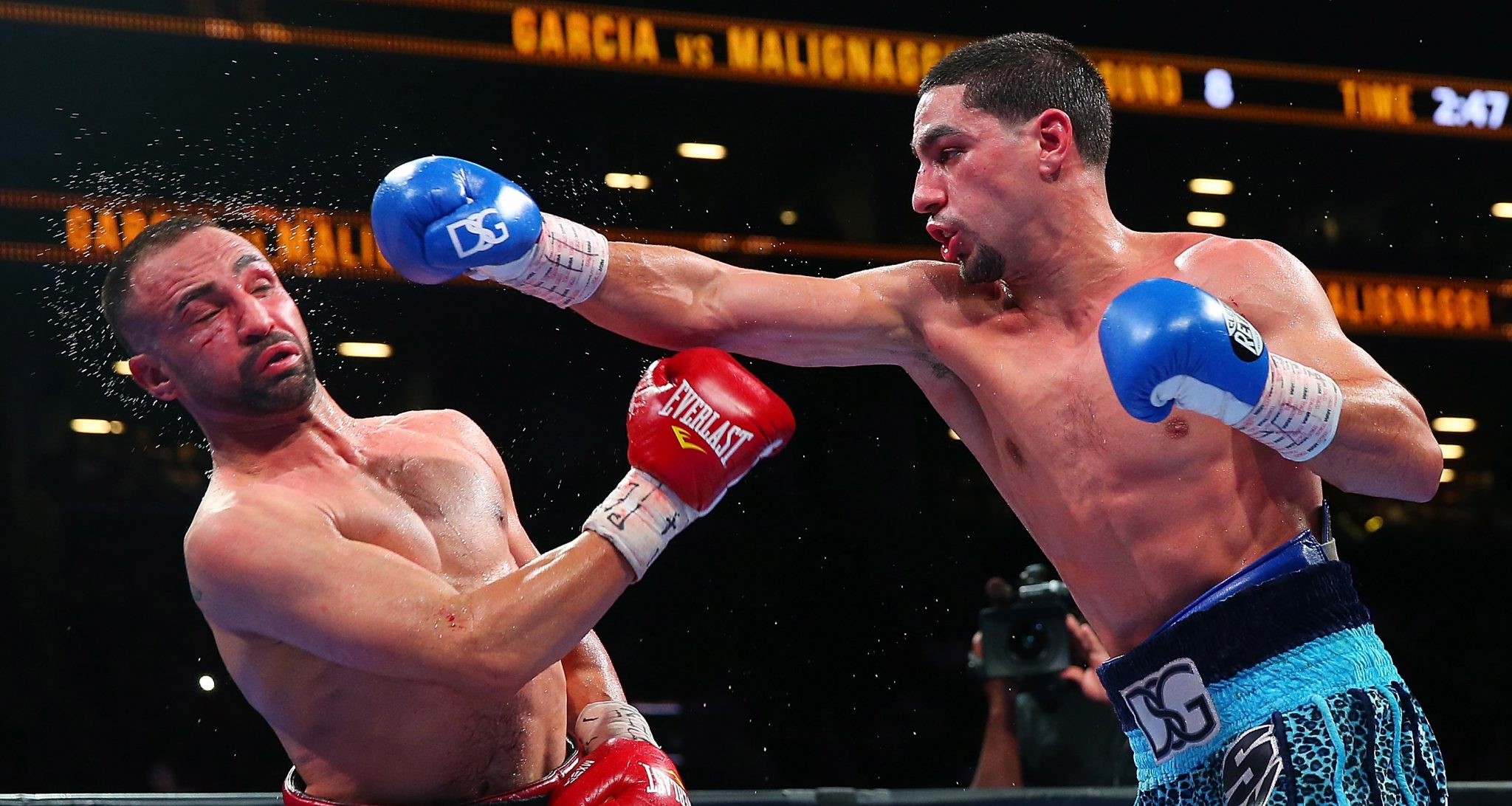 For the first time in almost 10 months, WBC welterweight world champion, Danny “Swift” Garcia will get in the ring to face Samuel Vargas this Saturday. Garcia admitted that he is already “pumped up,” as he eagerly anticipates his showdown with WBA Super champion, Keith Thurman. The two will face on at 9 p.m. EST on March 4, 2017. “I know people are excited about the Thurman fight. I understand that and I’m going to be pumped up for that one too. But I’m not looking past anybody,” he said. “I’m fully focused on putting on a show at home and doing what I have to do to beat Vargas.” The world class fighter is taking it one match at a time and people are searching for Danny Garcia wiki to learn more about the champion. If you want to know interesting facts about Danny Garcia’s net worth, Danny Garcia’s record and Danny Garcia’s daughter, keep reading!

Born March 20, 1988 in Philadelphia, Pennsylvania, Danny Garcia’s fight career is the cause of his fame and fortune. The American professional boxer has a record of 32 fights, all of which he has won! Eighteen of those wins were by Knock Out and he’s yet to lose a fight. In January 2016, he held the WBC welterweight title and previously held the unified WBA Super, WBC and Ring magazine light welterweight titles from 2012 to 2015. He’s also held the magazine’s lineal light welterweight title from 2013 to 2015. In 2013, the Philadelphia Sports Writers Association named him the Philadelphia Pro Athlete of the Year. The undefeated boxer stands at 5 ft. 8.5 in. Danny Garcia’s net worth is $1.0 million.

Danny Garcia’s girlfriend, Erica Mendez, is the love of his life. She began singing when she was a child and won numerous regional vocal and dance competitions in Philadelphia. Her passion continued as she attended The Philadelphia High School for Creative and Performing Arts for Classical music. She went on to attend East Stroudsburg University to study Opera. This led to her earning a BFA in music. The versatile artist enjoys singing a range of styles from Opera to Gospel but her true passion is to sing Hip-Hop and R&B. As you can tell from Mendez’s Instagram (@singericamendez), she loves working out! The couple have one daughter together named Philly Swift Garcia. The celebrity baby even has her own Instagram account (@phillyswiftgarcia)!Danny Garcia’s Instagram (@dannyswiftgarcia) is also full of photos, mostly of fighting moments and highlights, but he also likes to post photos of his beautiful family, too.

The undefeated world champion faced Colombia’s Samuel Vargas on Thursday afternoon, a day ahead of their weigh-in for the main event showdown, which takes place November 12. The match squares up at Temple University’s Liacouras Center in Philadelphia. To watch the show, tune into Spike TV at 9:00 p.m. EST. On Thursday, Garcia shared some sentiments about the upcoming match. “I’ve dedicated my life to the sport of boxing and I’m proud to be on a card like this. It’s amazing to be fighting in my city with my home base there to support me,” he said. “This is a great opportunity for me. Giving back is very important to me and my family. I have my whole family, including my daughter Philly here with me. It just adds to the excitement leading up to the fight.” Garcia said he feels good and he’s happy to bring his Philadelphia fans a good fight. “There’s not too much to say but I’m really excited to fight. I hope all the fans come out and see what they’ve been missing in Philly. I’m going for the knockout.”

We’re confident Garcia will keep up his unbeatable record! What do you think?