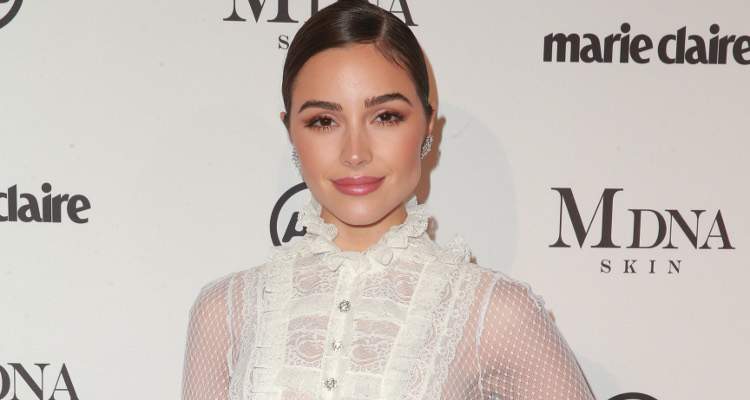 SQUAD circa 1997… me and gus were BFFS, aurora was rebellious and didn't wear our matching dresses ?, pete was sweet, sophie had a weird mullet/bowl cut hybrid hairstyle ….. my mom and dad were probably thinking how in the world they had 5 kids ? #familyiseverything #themorethemerrier!!!!!

She Participated in Many Pageants

Saturday nights at @back40ri!! this is the restaurant I opened in my home state. If you haven't checked it out, you must! Best comfort food ever ? ? ? ? ?

The first ever pageant Culpo entered was the 2012 Miss Rhode Island. After she took home the crown, she went on to win the Miss USA 2012 pageant.

After winning the title, she said, “It’s very strange to think of it in this way, but I guess I’m a brand now. I’m no longer Olivia Culpo. I’m Miss USA.”

When she entered the beauty pageant, Culpo thought she had very few chances of winning saying, “I thought, what chance do I have? It’s hard to tell because you’re with 50 other girls that are really, really beautiful…They’re interesting, they’re smart, at least they look like it on the surface.”

Her parents have always been supportive of her career choices, even if they did not always get it. As her father explained: “When she brought [entering Miss Rhode Island USA] up, my wife and I were looking at her like, huh? That would have been like her saying, I’m going to go study to be a monk in Tibet or something.”

Last nights cooking shenanigans! (Yes that is a football pizza) All of the Super Bowl recipes I made yesterday will be on the website next week ? ?

After winning the Miss USA 2012 pageant, Culpo went on to represent her country at the Miss Universe 2012 pageant in Las Vegas, Nevada. Her hard work and diligence paid off when she won the crown.

Following her win, Culpo took up several responsibilities and became a perfect role model. In 2013, she went to Indonesia for three weeks to crown the winner of Puteri Indonesia 2013.

Additionally, she organized and hosted a conference with Indonesian youth for the United Nations Population Fund on HIV and youth prevention at the United States Embassy’s Cultural Center.

Her win allowed her to travel to several countries like Morocco, Canada, Indonesia, India, England, Russia, and Morocco.

Aside from pageants, she also took to acting. Some of Olivia Culpo’s movies include The Other Woman, American Satan, Tired Lungs, and Reprisal. She also appeared in Nick Jonas’ music video for “Jealous.”

She Is Danny Amendola’s Girlfriend

Amendola and Culpo started dating sometime in 2016. It’s not clear how the couple met each other, but they made their relationship official on social media in early 2016.

The pair is so in love with each other that they keep uploading sweet moments of their relationship on Instagram and other social media platforms.

take me back to the beach!

2. Perfect Combination of Edgy and Classy

Flirty skirt + combat boots= perfect balance of girly and edgy ? (PS these combat boots are a great price and part of my October @dswshoelovers edits)

3. Killing it in Black

The #pltxoliviaculpo collection is selling out. Click link in bio to shop before it's all gone! PS I love seeing all of you in the pieces. It makes me so happy ??? and you all look sooo goooooood ❤️❤️??? @prettylittlething