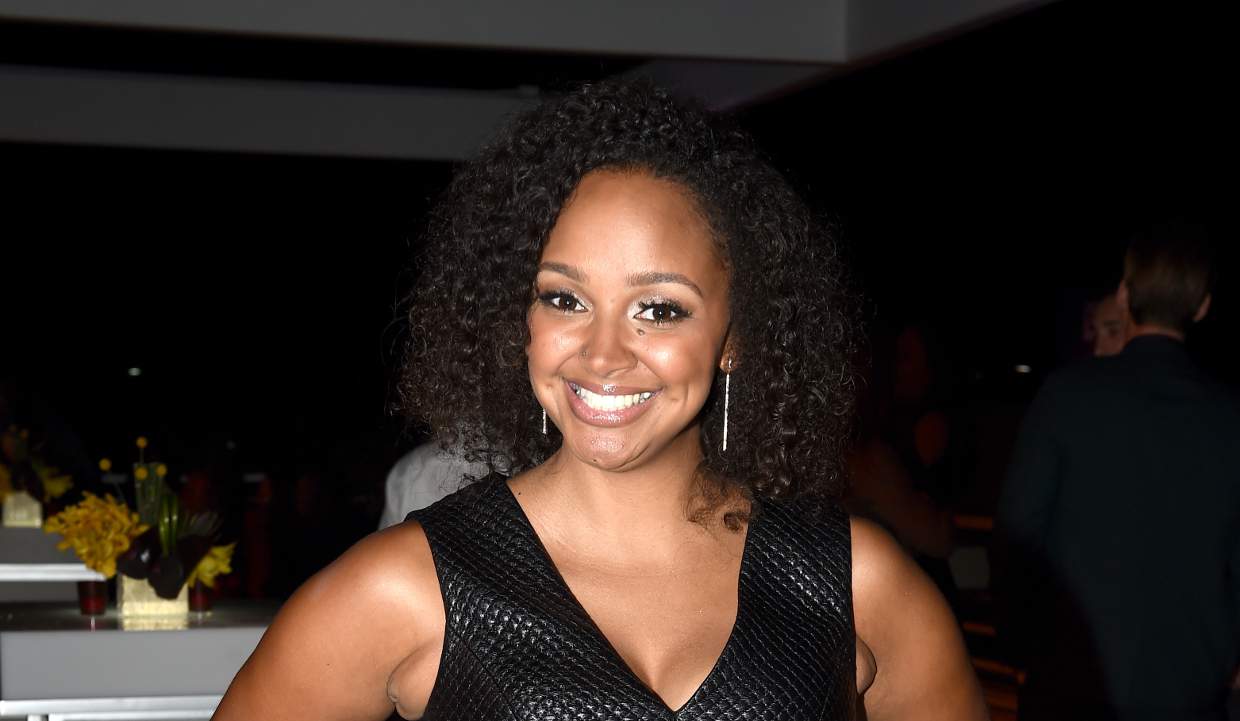 Danni Starr, a co-host of the radio show The Fam in the Morning, stormed off the air and quit her job. Why? Apparently, it was because her two co-hosts blindsided her over a pretty potential nanny for her two daughters. She explained her side of the story through her social media accounts. Starr has written a book for women about how to become stronger and wiser after a divorce. Read all about the co-host and the drama she’s embroiled in, below!

This time, co-hosts DJ QuickSilva and DJ 5’9 probably went too far trying to add drama to their popular radio show, The Fam in the Morning, which airs on 93.9 WKYS radio. So much so that Danni Starr, the third co-host, quit her job while live on the air and stormed off the program! She later explained her actions through social media but was still fuming over the matter.

This has everyone wondering; what did Starr’s co-hosts do to upset her so much? Who is Danni Starr?

Keep reading to know more about the incident, along with details from Danni Starr’s wiki.

Can’t Trust Males in the Family

On a previous show of The Fam in the Morning, the three hosts had talked about Starr’s tough search for a nanny and how she didn’t want to hire a model, one who smoothly asked her for the job.

Starr has been quite open about her nanny troubles in the past. She spoke about how her husband cheated on her with a stripper and that her father had an affair with a babysitter and fathered a child from another nanny. (So, you could see where her hesitations stem from.)

Too Pretty to Work!

While on air, Starr revealed that the model who had applied for the nanny’s job was beautiful, but she didn’t want her around her home and husband.

Starr’s two co-hosts found this particular model and brought her on air, where she claimed that Starr was “jealous” and “insecure” of “pretty girls.” Ouch!

Starr Quits the Show in Anger

Starr got into an argument with the model and couldn’t accept the way her co-hosts blindsided her live on air on Thursday, March 8, 2018.

The radio personality shouted at her two co-hosts and said, “You don’t get to tell me what to do, the two of y’all can kiss my a**!”

Starr left the studio and has since posted a series of tweets and a Facebook Live video explaining her version of the story.

Looking for a New Job

Obviously, Starr now has to seek employment elsewhere, so she took to social media to spread the word. Starr tweeted, “Hi. My name is Danni; I have two beautiful little girls. I need a job. I work hard, I’m passionate, and I know what I bring, and I know my worth! Any takers?”

Danni Starr’s ex-husband is Marlon Starr, who starred with her in the WE tv show, Bridezillas: Danni and Marlon, which aired in August 2011. They have two daughters together.

The couple is now divorced, and Starr went through a painful process of separation coupled with the responsibility of raising her two daughters. But in the end, she came out of it stronger and wiser.

Starr also suffered a job loss but decided to turn things around for herself (and others like her) by writing a book about her ordeal and experiences. Her book, Empathy and Eyebrows: A Survivalist’s Stories on Reviving Your Spirit After Soul-Crushing Sh*tstorms, is a manual for women who are used to having it all but have to cope when life gets tough.

Won’t Be Down and Out!

Starr likes to communicate to her friends and fans through her social media accounts and it’s obvious she is a warm and caring person. This is clear from Danni Starr’s Instagram account, which is full of pictures of herself, friends, and colleagues. There are also plenty of photos of Danni Starr’s kids, along with some spiritual messages, as well.

Oh y’all thought she was playing??? #wakandacametoslay thank you @blushhedwithbre I love you!!! #blackpanther

Danni Starr may be out of a job, but she is definitely not out of the running!