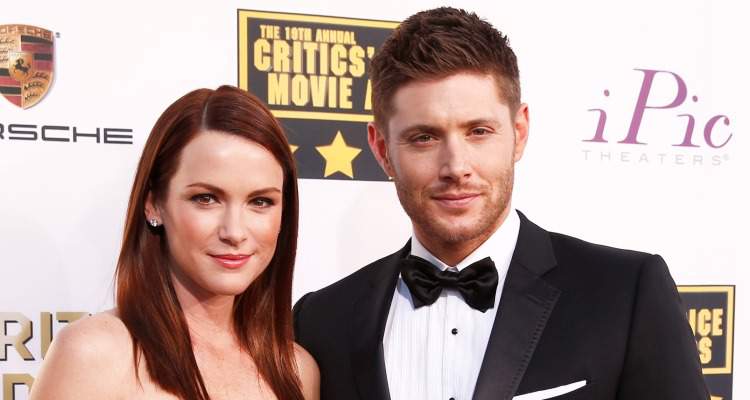 Who is Danneel Harris?

Danneel Harris’ age is 38 and she was born on March 18, 1979, in Lafayette, Louisiana and her real name is Elta Danneel Graul. She has a brother named Gino Graul and she’s an actress best known as Rachel Gatina on One Tree Hill. She also made appearances in the comedy films Fired Up!, Harold & Kumar Escape from Guantanamo Bay, and The Roommate. She’s also known for her role as Shannon McBain on One Life to Live, which she played in 2004. Danneel Harris’ net worth is estimated to be $3.0 million.

“Ultimately [I] want someone who you can pal around with and also be intimate with,” Ackles told People in 2006 about what he wanted in a woman. “Someone who can laugh at your jokes. It may sound cheesy, but someone who can be your best friend as well as your love.” Well, it certainly sounds like he found his perfect match in Daneel, as the couple seems to have been living ‘happily ever after’ since they wed!

Harris has three children with her husband: Daughter Justice Jay (born on May 30, 2013), and fraternal twins, Arrow Rhodes (daughter) and Zeppelin Bram (born on December 2, 2016).

They announced the news on Instagram at the time saying, “Danneel, JJ and I are excited to announce the birth of our twins Zeppelin Bram and Arrow Rhodes. They were born early yesterday morning. Everyone is doing great! #twinning.”

If you want a closer look at Harris’ life with Ackles, then her Instagram is the best place to get what you need. Just don’t be surprised to find out that majority of her pictures are of her kids and family! Not that we’re complaining; they’re adorable!

Let's keep it up!!Working closely with @randomactsorg to find those in need! More updates to come! #linkinbio #strongerthanthestorm

They Own a Beer Company

Harris co-owns a brewery with her parents Ed and Debby Graul, Ackles, and her brother, who is also a manager as well as co-owner. The company is called Family Business Beer Co. and it’s based in Texas.

Sexual Harassment on One Tree Hill

Given the endless allegations of sexual misconduct in Hollywood in the last few months, Harris tweeted her support for a former One Tree Hill writer who talked about misogyny behind the scenes, coming on the heels of the Mark Schwahn claims.

“I worked as a writer on One Tree Hill for two seasons,” said write Stacy Rukeyser in a Hollywood Reporter article. “In my first, I was one of two female writers on staff. In my second, I was the only woman on staff with 11 men.”

She continued, “This is a notable imbalance on any show, but it is particularly egregious on a show about and for teenage girls. To say it was an uncomfortable work environment would be an understatement. Showrunner Mark Schwahn created, from the top down, a writers room that I described at the time, perhaps naively, as a frat house — and that I now see as a misogynistic quagmire.”