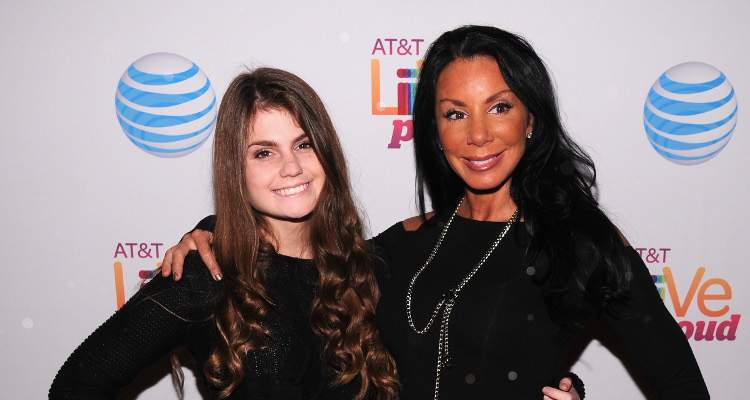 Danielle Staub’s daughters, Jillian and Christine Staub, are the two most important people in her life. People remember them as her two adorable kids from RHONJ. But now, they grew up to become fine young ladies. They are focused, studying in different universities, and have new dreams for what they want to do with their lives. Of course, mama Danielle is very protective and proud of them.

Even as Danielle Staub is back on The Real Housewives of New Jersey for season 8, there is trouble brewing in her personal life.

According to Bergen County Superior Court documents, the 55-year-old reality star is being sued by her ex-fiancé, Joe Masalta, for not attending a charity event. Masalta accused Staub of taking the $25,000 advance for making an appearance, but not actually going. He is asking the court to award him $15,000 towards the charity and set up a GoFundMe for the Veterans Continued Service before filing the suit.

Masalta told Perez Hilton, “Danielle breached the oral event appearance contract. I paid Danielle the 25k as an advance payment because she was being evicted. I’m suing for 15k so because suing for anything more requires an attorney and the charity can’t afford to pay those fees as there is significant loss already.”

Balancing this bad news is the good news about Danielle Staub’s daughters, Jillian and Christine Staub. Even though people might remember them as two adorable kids whose mother was on RHONJ in 2009, they are now ready to enter adulthood.

#beauty in #shades of autumn …. Nature gave them theirs (mine is not my own) @christine_staub @_jillianstaub

As kids, Jillian Staub set her heart on becoming a pop star, while Christine Staub wanted to grow up and be a model. So, what are they doing now? Have they gone ahead and made their dreams come true?

An Achiever in Academics

The sisters have shifted their focus to academics and made their mom prouder than ever before.

Staub recently said, “Christine and Jillian are the loves of my life. I’m a solo parent, now going into my 18th year of solo parenting.”

Christine Staub graduated from Seton Hall University with a double major in sociology and psychology and was placed in the top percentile of her class. She is now going to Columbia University for grad school.

American style selfie, Starbucks and Sunglasses ??? (I feel like I need to put a no make-up hashtag here but I never wear makeup so..)

Staub is not doing badly on the personal front either. According to her mother, she has been in a very good relationship with a six-foot-seven Argentinian man named Ivan Maggi for the last two years, and the couple is very happy.

Jillian Staub just started college at Monmouth University where she is pre-law and joined a sorority, which is attached to the Autism Speaks foundation. This experience inspired and motivated Staub so much that she decided to pursue a career in special education. And she took the first step towards fulfilling this dream by taking her Praxis exams and did admirably.

The bug bites here are totally worth it

Praxis is a series of American teacher certification exams written and administered by the Educational Testing Service.

It's alright 'coz I'm saved by the bell

Jillian Staub is in a wonderful relationship with her boyfriend, a young man named Dan Kaufman, and her mother approves saying, “She met a beautiful young man. And he’s made it very clear to me that he intends on spending his life with Jillian. That is falling into place, and beautifully.”

Not Peas in a Pod!

Those of you who want to check out Danielle Staub’s daughters’ pics should head over to their Instagram accounts. Both Jillian and Christine Staub’s Instagram accounts have pictures of the girls with their mother, their respective boyfriends, their friends, and having fun. They also showcase how different the two sisters are.

Thankful she actually took a picture with me

Danielle Staub is happy and proud that her daughters are doing everything right, and we can’t wait to see what they do in the future!