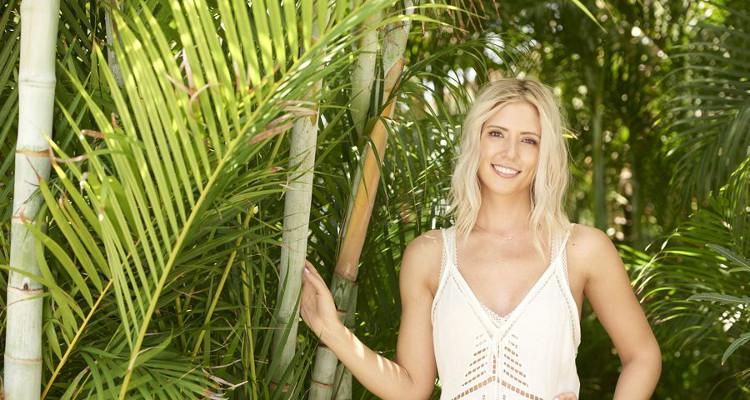 With Bachelor in Paradise making huge waves with season 4, we want to know more about every contestant, including Danielle Maltby. She did not win Nick Viall’s heart, and is hoping her luck will change with BiP season 4. Here’s everything you need to know about the beautiful nurse in our Danielle Maltby wiki.

Danielle Maltby is the sweet girl from The Bachelor season 21, trying to win Nick Viall’s heart. She proved that she is a beauty with brains, and though she did not get the ring, Danielle is back on the franchise in its latest season of Bachelor in Paradise. Will she find love this time? Read on to know all about Danielle Maltby’s family, Instagram, and more!

Danielle Maltby was born on October 6, 1985, in Wisconsin. Though not much is known about her family, we do know that she studied at Viterbo University in Wisconsin and graduated with a nursing degree in 2007. Danielle is a neonatal nurse, and outside of The Bachelor, she takes care of newborn babies who have health problems. She is the first line if defense to an infant, and is dedicated to the Neonatal Intensive Care Unit.

Also Read: Jack Stone from “Bachelor in Paradise:” Wiki & Everything You Need to Know

She Lost Her Fiancé

Danielle Maltby was engaged, and she opened up about her late fiancé, Nicholas Haag, to Nick Viall. Haag was a musician from Tennessee but tragically lost his life to an overdose. There were engaged for three months, and Danielle was the one who found his unconscious body on March 28, 2011. She rushed him to Waukesha Memorial Hospital in Wisconsin, where he died. Haag was 29 years old at the time of his death, and is survived by his parents, Kathleen and Jonathan Haag, and brothers, Jonathan E. Haag, Jr., Thad Vernam, and Sgt. Jason A. Vernam. Danielle had no idea that he was a drug addict and moved to Nashville after the tragedy.

While in Nashville, Danielle took up modeling. She signed with AMAX Models, as a part-time model, and boy does she look good in front of a camera!

Danielle on Bachelor in Paradise

BiP season 4 kicked off with so much drama that we almost forgot that Corinne and DeMario were not the only contestants! Though we saw Derek looking really cozy with Taylor, but a lot of people are rooting for Danielle to end up with him. They are both sweethearts, and look like they would make an amazing couple. Danielle is taking her time with finding a guy, but we are positive that she will make a good choice!

Danielle Maltby’s Instagram showcases her modeling shots, making it only fitting that she is now a reality TV star!

Also Read: Iggy Rodriguez from “Bachelor in Paradise:” Wiki & Everything You Need to Know

The 31-year-old model/nurse has already made place for herself in reality TV, and looks too good to be true! We can expect more of her sweet nature on BiP as she finds someone to settle down with. Until then, check out some awesome pics from Danielle Maltby’s Instagram account right here.

The eyes speak of strength

Serene as the calm waters

She don’t need no negativity!