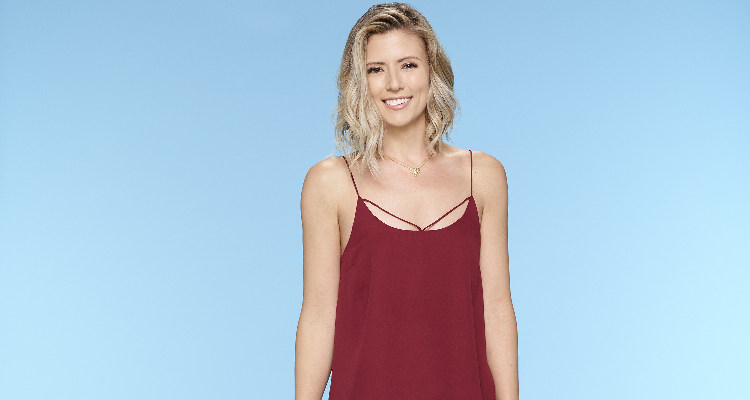 After three strikes, Nick Viall got another opportunity to find love. This time, the cards are in his hands as he gets to choose his bride. The Bachelor season 21 premiered on January 2, with 30 beautiful ladies ready to charm Nick Viall. One of them is Danielle Maltby. Let us take a look at Danielle M.’s wiki to get to know her a little.

Everybody was excited when season 21 of The Bachelor premiered on Monday (January 2) night. We finally got to meet the 30 ladies who will try to win Nick Viall’s heart. But at the end of the season, only one will be engaged to the handsome bachelor.

This time on the show, the eligible bachelor is none other than former The Bachelorette and Bachelor in Paradise contestant Nick Viall. He is an aspiring model from L.A., and has become one of the most well-known faces in The Bachelor franchise.

The tables have turned for Viall, as he is now the leading man, and 30 young, stunning, and successful women will compete to become his bride. We saw the gorgeous contestants make their grand entrances as Viall waited with anticipation.

At the end of the first episode, eight ladies were eliminated, but since it is The Bachelor, so you never know who might come back!

Bachelor contestant Danielle Maltby (simply known as “Danielle M.” on the show) is still in the running to win over Nick Viall. Here is everything you need to about her in Danielle M.’s wiki.

Danielle M. and Nick Viall have a few things common. For example, both are from Wisconsin. The 31-year-old beauty used to live in Waukesha and Colgate. Currently, she resides in Nashville, Tennessee.

Maltby went to Germantown High in Wisconsin and graduated from Viterbo University. She has a Bachelor of Science in Nursing and worked at a Children’s Hospital of Wisconsin. On top of that, she is also a model at AMAX Talent modeling agency.

A Few of Her Favorite Things

Danielle M. is 5’10” and a Neonatal Nurse, which means she is trained to work with newborn babies that are born with infections, birth defects, prematurely, or have other medical issues. She has three tattoos on her body, and is planning on removing two of them. One tattoo she wants to remove is on her ribs, and the other one is on her lower back. The only tattoo she will keep is on her left ring finger and says “strength.”

A few of Maltby’s all-time favorite movies are Ferris Bueller’s Day Off, The Notebook, and The Sandlot. In her ABC bio, when asked about which animal she would like to be, Maltby said she would like to be a Pegasus so that she can run, fly and have a beautiful mane.

The five things she cannot survive without are friends, family, water, green smoothies, and chocolate. The most daring thing Danielle M. has done was to move to Nashville after her fiancé’s death, and her favorite fictional character is Hermione Granger because her she is smart, beautiful and a clever witch.

Danielle M. is a fitness freak and loves to go on treks; her Instagram account has tons of photos of her out in nature.

Her Fiancé Died from a Drug Overdose

Danielle’s ex- fiancé’s name was also Nicholas (Nick) Haag. Haag was a musician who died five years ago from a drug overdose. He went to the Florida School of the Arts and graduated from a music production school in Phoenix, Arizona. In 2010, he joined the band Chasin’ Mason, which he was part of until his death. The band were to go to Music City to perform when Haag overdosed.

When we first saw her on The Bachelor, Danielle M. looked drop-dead gorgeous in a red dress. One of the first things she did was give Viall a bottle of Maple syrup that her father made. What a sweet gesture! The two then got into a cute debate on who made the best French toast.

Danielle M. seems like a sweet and caring person and Nick Viall seemed to really like her. We just have to wait and see if they hit it off. To find out more details about the show, watch The Bachelor Monday nights at 8:00 p.m. EST on ABC.

Dimples for days 😁 @rwardphoto and I found a grayt wall… Get it? Graaaayyyyt- my pun game is poor 😂