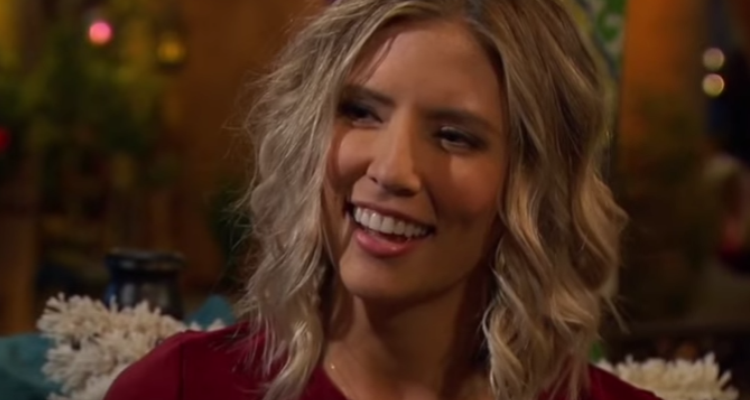 Have you ever wondered what the contestants do before they get on the show? We’ve taken a look at Danielle M. and her work life. If you’re a fan of The Bachelor but you want to know what they do outside of the show, this article is for you.

One of the things you are always left to wonder about contestants on reality shows, is what do these people do for a living? Take the latest round of contestants for The Bachelor. Sure, they are gorgeous women but what do they do for work? In this article, we decided to focus on Danielle M. from The Bachelor. She’s good looking and smart, but what is her occupation? What is Danielle M.’s job? We did a little bit of research and we’ve come up with a few answers.

Not surprisingly, this statuesque beauty had been trying to get a leg up in the world of modeling. Danielle M. is currently working with an agency out of Nashville, Tennessee (where Danielle currently calls home) called Amax Talent and Creative. You can find their Facebook page at this link but if you want to get a direct look at some of Danielle M. ‘s modeling photos, head to her Instagram where she’s posted up plenty of her modeling pics.

What does Danielle M. do for a living? All signs point to the majority of Danielle’s income coming from her position at Vanderbilt University as a neonatal nurse. For those of us who aren’t sure what that actually is, according to the National Association of Neonatal Nurses, “Neonatal nursing is a subspecialty of nursing that works with newborn infants born with a variety of problems ranging from prematurity, birth defects, infection, cardiac malformations, and surgical problems. The neonatal period is defined as the first month of life; however, these newborns are often sick for months. Neonatal nursing generally encompasses care for those infants who experience problems shortly after birth, but it also encompasses care for infants who experience long-term problems related to their prematurity or illness after birth. A few neonatal nurses may care for infants up to about 2 years of age. Most neonatal nurses care for infants from the time of birth until they are discharged from the hospital.” In short, they specialize in nursing for babies.

While Danielle M. is a public figure now, this is a very recent development so finding anything on Danielle M.’s net worth is fairly difficult. As far as we can tell, there is not a Danielle M. Linkedin page. We have no idea what her debt is or what her expenses are or what her modeling job may bring in. However, we can take a stab at what Danielle M.’s salary is due to her profession. According to Payscale.com, a neonatal nurse should be making a minimum of 40,000. At the top end of the profession, the salary would be somewhere around 88,000 a year, not including overtime, etc.

It seems that Nick Viall might see something in Danielle Maltby, because it looks like she gets the first one-on-on date! Tune in to see how the date goes, and which four contestants get eliminated next! Based on the preview, there is certainly no shortage of drama this season, as we even see one of the contestants slap Nick right in the face!

We cannot wait to find out what happens next! Don’t forget to watch The Bachelor Monday nights at 8:00 p.m. only on ABC!