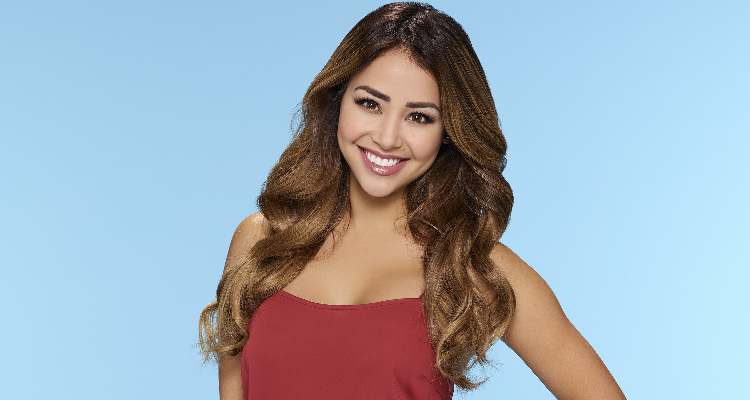 Danielle Lombard is an achiever. She started her own business at the age of 23 and is a successful model as well. She has smarts and a sexy figure which are sure to catch Nick Viall’s attention. This beauty is determined to win Viall’s heart.

The Bachelor has already started, and people are still buzzing about it. Most of the talk is centered on the beautiful contestants who are vying for the chance to become Nick Viall’s bride. They are all attractive, independent, and intelligent women who want to make it to the end with Viall. One contestant who stands out in this group is Danielle Lombard. Ever since The Bachelor premier on January 2, people are curious about Lombard and want to know more about her. We will bring you some interesting details from Danielle Lombard’s wiki right here.

The Bachelor contestant is 27 years old and owns a small business. She is from Los Angeles, California and is 5’5”. Lombard has several tattoos, including a lotus on the back of her neck, and two butterfly tattoos, one on the back of each ankle.

Lombard is a romantic at heart and some of her favorite movies are A Walk To Remember, Love Actually, and The Notebook. If she could be an animal, Lombard would love to be a fox because they are responsive, cunning and adaptive.

The person Lombard admires most Chrissy Teigen. She says “I admire Chrissy Teigen. She’s gorgeous, strong-willed, and unapologetically herself.” When asked, Lombard says that the most outrageous thing she has ever done is climb on a cliff, swing from a rope from the top of a waterfall, and jump into the water. There was a sign there that said “locals only,” but Lombard ignored it and jumped anyway. She says that her biggest achievement to date is opening her own business.

Danielle Lombard says that if she could be any fictional character, she would like to be Olivia Pope because she is beautiful, powerful, strong, and intelligent. Her favorite book is The 5 Languages of Love because it is about discovering oneself, and about relationships with friends, lovers, and co-workers. Lombard likes music and admitted that she loves listening to the Glee soundtracks.

Bitten by the Travel Bug

Lombard loves to travel and makes sure that she has time for it despite her busy schedule. So when she is not working or modeling, she loves to pack up and head for a holiday. Danielle Lombard recently went to Iceland with some friends, and also went to Thailand to celebrate Christmas. She is courageous and adventurous and is confident that Viall will be taken by her. Audiences who saw her in The Bachelor premiere even think that Lombard has what it takes to win.

She Won’t Back Down

Lombard has given a lot of her time to her modeling career. She was part of an online show called Roll Models, which followed the lives of import models and go-go dancers in Orange County. Lombard has done a lot of bikini and lingerie modeling. There are several models in the pool of contestants in The Bachelor season 21 this year, so it will be interesting to watch Lombard go head-to-head with them. Who knows? We might get to see a couple of cat fights on the show. Danielle Lombard is tough and determined so she is bound to put up a fight.

Way back when in Del Mar #misshin2016 #delmar

Lombard was a popular contestant on the show The Official Hot Import Nights, and went all over America to participate and promote the show. She has appeared in Chicago, Honolulu, Dallas, and Minneapolis. Lombard is very active on social media, and her Twitter account is no exception. Danielle Lombard is playful and her Instagram account is full of pictures of her having fun with friends.

On The Bachelor, Lombard made a big impression on Viall as soon as she left the limo. She wore a black dress with a plunging neckline leaving little to the imagination. There was little doubt that Viall was affected by her. With smarts and loads of sex appeal, it is clear that Lombard is a contestant to watch out for. Danielle Lombard could very well be the lucky one Viall proposes to!

When you get a phone call for the adventure of a lifetime…the hopeless romantic in me couldn't say no. #thebachelor #abc #jan2