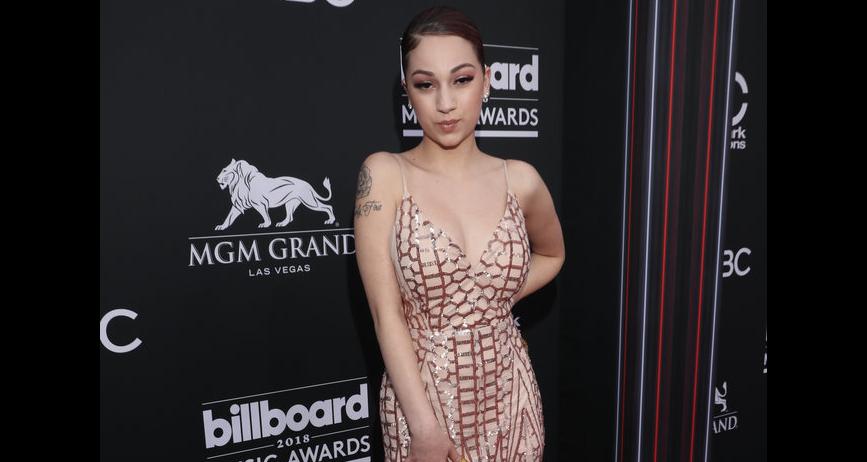 Teenage Instagram personalities Woah Vicky and Bhad Bhabie got into a catfight on the streets. There’s been a little tension between the two for a while now, but they made it physical after they saw each other. But it did look like Bhabie was egging her on!

Danielle Bregoli, who is better known as Bhad Bhabie, threw some punches at Woah Vicky, whose real name is Victoria Waldrip, and things got heated up. The two social media stars got physical at what looked like a shopping center, and it was all caught on video.

Keep reading to know all about Danielle Bregoli’s fight with Woah Vicki.

This is not the first time Waldrip is involved in a public fight scene, as she was arrested at a mall once for similar behavior. Woah Vicky’s “mall brawl” gained her thousands of followers on her Instagram (@iamwoahvicky) due to people supporting her.

At the time, Woah Vicky’s Instagram fans felt the arrest was unnecessary and that authorities took advantage of the situation. The cops got involved as someone thought they heard shots fired at the mall and alerted 911.

However, this time, it did not look like the authorities were called. But videos of the fight have taken over the Internet!

Not only does Bregoli egg Waldrip on, but she also takes off her slippers and advances towards Waldrip, asking her for a fight.

The two women then get into a fistfight. However, they were being restrained by their respective friends, who were doing their best to avoid a fight.

Reactions to the fight on social media are showing that Bregoli’s fans are in full support of the singer.

Salute to Bhad Bhabie for putting hands on woah Vicky , White on white ?????

Y’all I just saw a video of Bhad Bhabie trying to fight Woah Vicky. Vicky was scared as hell I wish she would’ve gotten her ass beat for all that talk on her IG all the time high key ?

Victoria Waldrip claims that she is African-American by ethnicity, despite being fair-skinned and having blonde hair. Even Rapper Lil Tay supported her encounter with Bregoli who apparently had her bodyguards accompanying her.

Lil Tay has posted some footage of the fight on her social media account.

Here’s the video Lil Tay posted of Woah Vicky’s fight with Bregoli below:

Lil Tay also made another post about the fight, and the caption reads, “Tag 3 friends if you wanna see the cash me ousside fight.”

The whole thing is being played out as an entertainment episode, and several fans are not happy about it.

While it appeared that Bhad Bhabie and Woah Vicky would get seriously injured, they were unharmed after the fight simmered down.

But the singer (who has an upcoming U.S. tour right now) did manage to hit Woah Vicky in the back of her head before being pulled away.

Also Read: Woah Vicky Arrested at a Mall on Account of False 911 Call!

Although there are thousands of people who are convinced that Bregoli and Waldrip were in a real fight, there could be a chance that it was all fake.

The cold war between the two women was recently fueled by rapper Tekashi 6ix9ine, who compared them.

Woah Vicky, 18, became furious over the comparison and went on a tirade in a video. She had a few choice words for the rainbow-haired rapper and said that he did not know what he was talking about. Woah Vicky explained that she was nothing like the 15-year-old singer.

With Bhad Bhabie’s upcoming tour and all, the entire fight might as well have been a publicity stunt to attract more people.

It looks like neither party is badly affected by the physical and verbal altercation and seemed to have moved on with their lives.

While most people were focusing on the two women, there were a lot of fans who also recognized Lil Tay in the video.

The nine-year-old (as she claims she is on Instagram), was seen supporting her friend and cursing Bhad Bhabie, too. Later, on her personal story on the photo-sharing app, she is seen with Woah Vicky in a car.

Lil Tay is seen flashing wads of cash and saying, “F**k Bhad Bhabie, she a bi**h. She’s trying to act cool with her bodyguard. But she can’t do s**t.”

Woah Vicky also adds to the story saying, “Little stupid b**ch, trying to come for me and my sister.”

The story ends with Lil Tay telling Bhad Bhabie to go back to beating up her mom on Dr. Phil. Meanwhile, the Twitterverse was asking where Lil Tay’s parents were during the altercation.

Here’s the fight that was uploaded by a person who was present at the location: