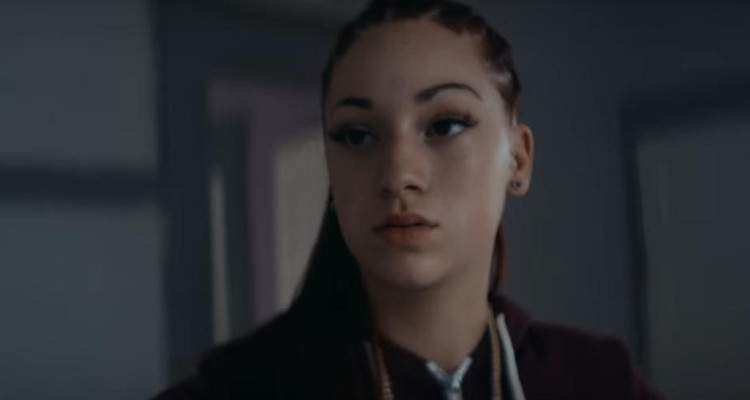 Danielle Bregoli is doing very well for her self, especially after breaking the Internet for her ridiculous slang and antics. This 14-year-old became famous for her catchphrase, “Cash me outside” during her appearance on Dr. Phil. Now, Bregoli a.k.a. Bhad Bhabie, has released several songs, and is focusing on her rap career.

You must have seen her on Dr. Phil when she first uttered the phrase, “Cash me outside,” egging audience members on to fight her while calling them “hoes.” It went viral and turned her into an Internet sensation. Memes were created, parodies were made, and Danielle Bregoli became somewhat of a laughing stock, yet people began to love her.

Her stumble upon fame has worked to her advantage, and now, she’s got a following of millions!

Danielle Bregoli’s Instagram account is filled with her photos and snippets of her songs. Using her stage name Bhad Bhabie, her Instagram account has more than 12.2 million followers. She has taken full advantage of her fame and has even started a clothing line!

She inspired t-shirts, hoodies, and tote bags with her face and catchphrase printed on them, many of which resulted in lawsuits for not getting her permission. Bregoli cashed in on the merchandise, and now sells t-shirts on her website. She made her debut as Bhad Bhabie with the single, “These Heaux” (Yes, pronouced “These Hoes”) in late August 2017.

For her popular catchphrase, Bregoli was even nominated for a 2017 MTV Movie & TV Award. She released several singles like “Hi Bich,” “Whachu Know,” “I Got It,” “Mama Don’t Worry (Still Ain’t Dirty),” and “Both of Em.”

She certainly puts it all out there in terms of her music, so you can expect nothing less from her many Instagram selfies. There’s no denying she’s gorgeous, and many are just now taking notice. Take a look at some of Danielle Bregoli’s pics, right here.

Them ducks beggin for attention but ain't gettin none from me ???

What u doing this weekend?? ???oh, and follow @fashionnova or we gonna have a problem ya bish ??☠️

@fashionnova for the look bitches ?? #freshprincessofbelair

Hoops and Hair on Point

A Queen with The Queen

An Expert at the Eye Roll