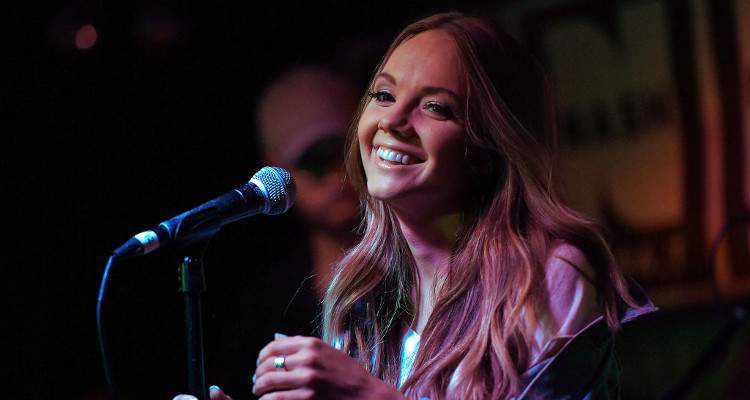 Danielle Bradbery’s The Voice performance last night was an absolute treat for all music fans! It was also a sweet homecoming for the talented country singer who was The Voice winner back in 2013. With her powerhouse vocals, the singer enthralled everyone with the performance of a single from her new album, which released last week.

Danielle Bradbery is back in the limelight with a brand-new album, and fans are loving the singer’s new and powerful musical vibe! The Season 4 The Voice winner performed the song “Worth It” from her new album, I Don’t Believe We’ve Met.

We love the way Bradbery has transformed herself from a gifted, wide-eyed 16-year-old on the show to a polished artist who has musically matured over the years. Find out more about the singer’s life and musical journey, right here!

.@DBradbery definitely made The Voice fam PROUD with her homecoming performance of her new single, “Worth It.” #VoiceResults pic.twitter.com/osw158nXGS

From Texas to Television

The Texas native burst on to the music scene in the fourth season of The Voice. Danielle Bradbery’s audition, singing Taylor Swift’s “Mean” mesmerized the judges.

Blake Shelton and Adam Levine hit the buzzer within a few moments of her performance in the blind auditions. But Bradbery went on to choose Shelton as her coach and further developed her musical skills throughout the show.

Finding Fame on The Voice

Bradbery continued mesmerizing the judges and America with her soulful renditions, and some of her performances even made it to the top 10 charts on iTunes!

After her melodious versions of “Maybe It Was Memphis” and “Born to Fly” in the season finale, Bradbery was declared the winner on June 17, 2013.

Country superstar and coach, Blake Shelton said he knew from the start that Bradbery was unlike any other contestant on the show.

“I think it’s the most important win we have had so far on The Voice because Danielle is the first winner of The Voice that had no professional experience in the past. Her biggest performances ever were for her family at Thanksgiving,” he said.

Shelton went on to praise Bradbery’s musical genius saying, “People are just wrapped around her finger for a reason. God sprinkled just a little bit more on Danielle Bradbery than he did the rest of us and I’m just glad to call her a friend.”

Look who I got to see tonight ❤❤ Love ya Blake ? #TheVoice

Bradbery’s swift success continued after The Voice, and she was quickly signed on to a record label. Bradbery’s first single, “The Heart of Dixie” released a month after she was named the winner on The Voice.

Four months later, her self-titled debut album was released. Bradbery performed in several concerts that year, including her first performance at the Grand Ole Opry in Nashville, Tennessee. She also collaborated with other artists over the next two years.

Then in June 2017, Bradbery released a single called “Sway” from her second album, I Don’t Believe We’ve Met. It immediately caught the attention of the masses and it seemed like this was the real Danielle Bradbery everyone wanted to know about!

Talking to Rolling Stone, she said, “I wasn’t a part of the writing on that first record. So, I know the feeling of singing something that’s not really you. The whole thing was very much Voice-driven. Afterwards, I wanted to sit down, without all the craziness, and ask myself, ‘Who is Danielle?'”

Danielle Bradbery’s songs on her new album include R&B inspired “Sway,” the deep ballad “Potential,” “Worth It,” and more.

Her beautiful performance on The Voice Tuesday night truly gave us a perfect glimpse into the born artist that Bradbery is!

Success on The Voice, the release of two music albums, and several big-time performances have ensured that Bradbery’s earnings are high for a singer just making it on the music scene. Danielle Bradbery’s net worth in 2017 is a reported $300,000.

Bradbery is in the spotlight with the release of her second album, and her popularity on Instagram is steadily rising, too.

The singer has 436K followers and counting, and we are sure she will hit the half a million mark in no time!

Danielle Bradbery’s pictures of her everyday life and music adventures are incredible. We love that she remains grounded as a person and music artist, despite success at such an early age. You go, girl!

I’ve been imagining this moment since before we had a title or release date. I remember thinking Dec 1, 2017 was a lifetime away when we decided on it. And now we are here. It was so important for me to be as honest and vulnerable as I possibly could with this record because I owed it to you guys. I will never be able to express how grateful I am for your loyalty and patience – it’s because of you that I felt secure in taking my time to develop in to the adult, writer, and artist I wanted to be. I hope that shines through in these songs and I hope the wait was worth it. I love you all. It took four years to be able to say it but we FINALLY can – my sophomore record, I Don’t Believe We’ve Met, is available everywhere now!! ??❤️

Realized today that we are 12 days away from I Don’t Believe We’ve Met. I am anxious and ready and nervous and relieved and excited all at the same time. But most of all today I realized that the journey to Dec 1st has been just as beautiful as Dec 1st will be. Getting to learn, grow, and share this music with you live first has been a blessing greater than I can express. Can’t wait to continue the story with you ??