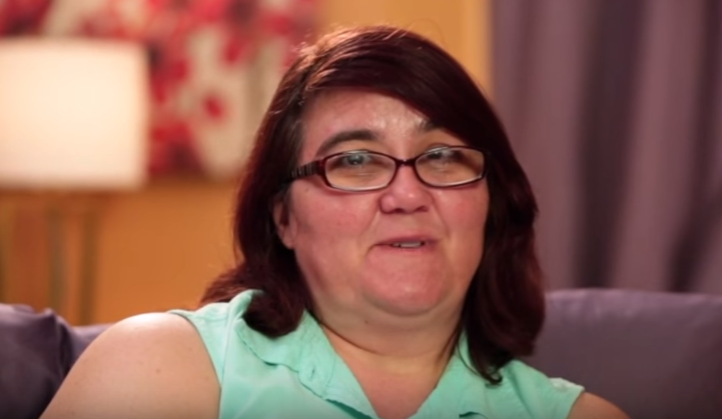 90 Day Fiancé’s Danielle Mullins and Mohamed Jbali were recently divorced, and as the second episode of the show’s current season airs, fans will get to witness all of the dramatic events surrounding the demise of their marriage. People have also been wondering, is Danielle from 90 Day Fiancé mentally ill? Everything you need to know about these assumptions, and her toxic relationship with Mohamed, is coming right up.

Since their divorce, Mohamed has been incognito on social media. Rumors have been spreading that he was sent back to his native country. Apparently, his green card has a two-year condition, so it’s possible that by this time he could’ve been sent back home. But Danielle does not seem surprised and believes as soon as the show starts, he will come out of the shadows. “He has not been deported, it takes years before someone is deported. He’s probably trying to make people wonder what is going on.” She suspects Mohamed could’ve gotten in trouble by the network after streaming his divorce hearing on Facebook, even though 90 Day Fiancé was still being filmed. She said, “He will resurface when show starts airing. He will want to defend himself and blame everyone else.”

Toxic from the Start

The 90 Day Fiancé’s Danielle and Mohamed’s toxic marriage, which began on July 9, 2014, is over and according to a video interview, the couple was having problems with their intimate relations with each other and their communication skills. Mohamed accused Danielle of sitting on the ground crying and screaming in front of her kids, yelling that if he would not sleep with her she would get him deported. This is probably one of the reasons why people are asking is Danielle from 90 Day Fiancé mentally challenged? Danielle did not deny the accusation in the interview, but she did spew back offenses against him. As for her mental health, no confirmation or detailed reports have been given. The couple also faced challenges with her family accepting their marriage, because Danielle from 90 Day Fiancé’s age is almost double that of Mohamad’s!

Should He Stay or Should He Go?

Mohamed told Radar in May, “Yes I am divorced. My legal status right now is divorced and there is no annulment.” Danielle had originally filed for an annulment on the grounds of fraud and adultery in October, 2016. The annulment could have caused Mohamed to be deported back to his home country in Tunisia. This is not something Mohamed wants, as he revealed in the teaser for Sunday night’s episode that he wants to stay in the United States. This is contrary to something he said in May when he said, “I’m going to cancel the green card and go back to my country as quickly as possible. It’s my decision to leave. If there were no TV show my marriage could be much better.”

But what caused their marriage to get so ugly? From the beginning, their marriage had been an unhealthy one. Mohamed called the police on Danielle for opening a DirecTV account in his name, vandalizing his clothes, stealing money from him, and more. Danielle accused Mohamed of cheating on her with various women, one being a beautiful blonde named Louisa Berry. In her annulment filing, she also accused him of being emotionally abusive, using her for a green card, and withholding affection from her. “When I questioned Mohamed [about his alleged affairs], he was emotionally abusive and cruel to me. Mohamed again was back to his verbal abuse of me and withholding affection and physical touch.”

But Danielle might not be completely innocent here; an insider reported that she was dating two married men at the same time, and Mohamed brought that charge against her in the sneak peek video, as well.  It looks like the couple has made a habit of pointing fingers at each other, without taking responsibility for themselves. Maybe this divorce is what they needed, but until we know more from Sunday night’s episode, who is to say? If you are looking for Danielle from 90 Day Fiancé’s Instagram to find out what she’s been up to recently, her account is private. But tune into TLC this Sunday night at 9:00 p.m. EST and you’ll get the latest scoop on 90 Day Fiancé and where they are now.