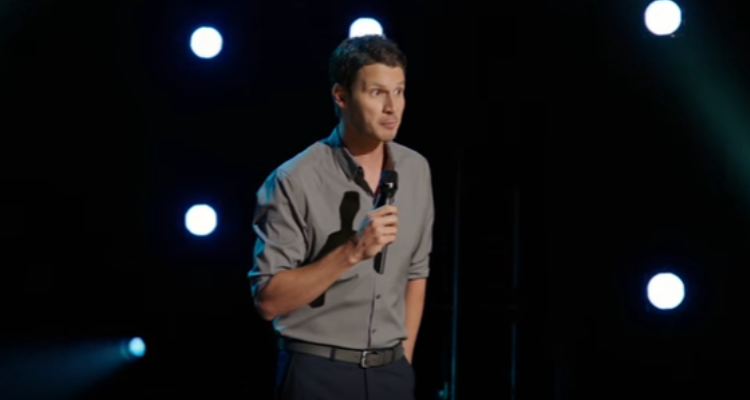 If you’ve already seen comedian and host, Daniel Tosh in his latest Subaru commercial, then chances are you’ve scratched your head more than once. From his stand-up comedy acts to his full-blown tours, the tickets to Tosh’s events almost always sell out, due to his popular bold brand of controversial humor. Aside from fame, his comedic antics have certainly garnered him some serious coin! So, just how rich is Daniel Tosh? If you didn’t already know, Daniel Tosh’s net worth is $16.0 million! We’ve got the details here.

Daniel Tosh was born on May 29, 1975 in Boppard, Germany, but he was raised in Florida. He was raised in a very religious household, due to his father being a Presbyterian minister. Tosh graduated from the University of Central Florida and in 1996, with a degree in marketing.

Daniel Tosh Once had a Day Job

Before he became one of the most sought after comedy acts in Hollywood, Daniel Tosh, 41, put his marketing degree to use by working as a telemarketer. But after working there for some time, he decided not to pursue it any further, and Tosh went on to follow his dream of becoming a famous stand-up comedian. (We can’t say we blame him, he’s clearly much better at making people laugh!) He started from the ground up, and his bold brand of offensive humor has garnered him the success he had aimed for. Now, he’s being compared to the best in the business of comedy, with his net worth ranking among them in comparison. Check out the chart below to see how he compares to his famous fellow funny peers!

The Tosh.0 host is right up there with Kevin Hart, Sarah Silverman, Wanda Sykes and Dave Chappelle. Comedy is a tough business and whether you’re hoping to make it big in Los Angeles or Las Vegas, it can be a hard road! But luckily for Tosh, everything worked out more than fine. He now has a net worth estimated at $16.0 million and always sells his tours, thanks to his brand of sarcasm, black comedy and bold behavior. Some might even say that his OCD is a contributing factor to his delivery when making jokes. 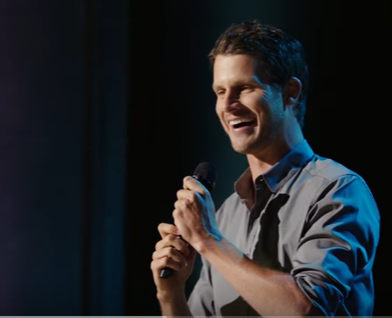 Tosh is considered funny by many people, but there are times when he crosses the line, turning his comedy routine from crude humor to offensive behavior. In 2012, during a Laugh Factory show, Tosh made a comment in his act about rape, involving a woman in the audience at the time.

During one of his jokes, Tosh directed the attention to a woman in the audience saying, “Wouldn’t it be funny if that girl got raped by like five guys? Like right now? What if a bunch of guys just raped her?”

The “joke” didn’t go over well. Tosh and the night club apologized repeatedly after the comment angered many in the audience (mainly women), who were disgusted by the comedian’s act.

This started the debate of what is acceptable humor in stand-up comedy, with celebrities like Joe Rogan weighing in with his opinions. Many were questioning whether or not Daniel Tosh went too far, but he insisted that was never his intent. According to Tosh, his plan is always to push the limits and try to make something funny out of every single situation. The problem is, most find absolutely nothing funny about rape.

If you’re a fan or at least aware of Daniel Tosh’s humor, then chances are you never take him seriously, but he’s hardly going to be the last comedian to make a distasteful joke. Tosh is known for saying unspeakable things and love him or hate him, it seems to have worked for his bank account.

In 2011, his 60-date nation-wide stand up show sold out completely, earning him a substantial increase in wealth due to ticket sales. He repeated his outstanding performance in 2014, with tickets for the show selling at $161.94 a pop! According to Forbes, this placed him in the 9th spot on the list of top-earning comedians who earned their income mostly from ticket sales.

Daniel Tosh also acquired quite a bit of money from his hit show, his stand-up comedy DVDs, and cameos in other television shows and movies. Check out the chart below to see what he was paid for each!

Daniel Tosh’s comedy eventually landed him his own show on The Comedy Network in 2009 called Tosh.0, which featured viral videos found on the Internet that Tosh would make fun of. The show was a hit among men (18-34) and became the second-most-watched cable network show in its time slot during its prime. Since then, the show has been consistently renewed for seasons up until 2015, when the series was sold into syndication. It is unclear the exact amount that the show earned Daniel Tosh as a whole, but it’s safe to say he racked up some serious cash for the comedian, especially being of the show’s incredibly low production costs! It’s actually impressive it was on the air for that many seasons, and even more surprising that re-runs of old episodes are still being played today!

Take a look at Daniel Tosh’s net worth throughout the years, and how it has steadily increased:

Due to his comfort level of homoerotic behavior and his incessant jokes about being homosexual, Tosh’s sexuality is always being questioned. He has gone on record many times stating that he is a heterosexual, but many don’t believe him. He is however, a defender of gay rights and has even had a gender bending dance troupe of men on his show in the past. Most recently, he kissed a man in a Subaru commercial he was featured in. Here’s a thought: Maybe he’s just that good an actor?

Oh, the age old question: Is Daniel Tosh married? When he’s not defending his sexual orientation, he’s being questioned about who he’s with or when he’s getting married. He once posted a tweet about being married to his “ballerina,” Megan Abrigo, but apparently that was just another joke! The two dated from 2009 to 2014, but reportedly broke up because he kept making jokes at her expense! (Yeah, we could see that happening.) Tosh is not married and has no children, but some fans believe that Tosh’s wife was on the set of his Subaru commercial, which has yet to be confirmed. Is there really a mystery Daniel Tosh wife out there? Who the hell knows, we can never take the guy seriously! Check out some of his stand-up below!