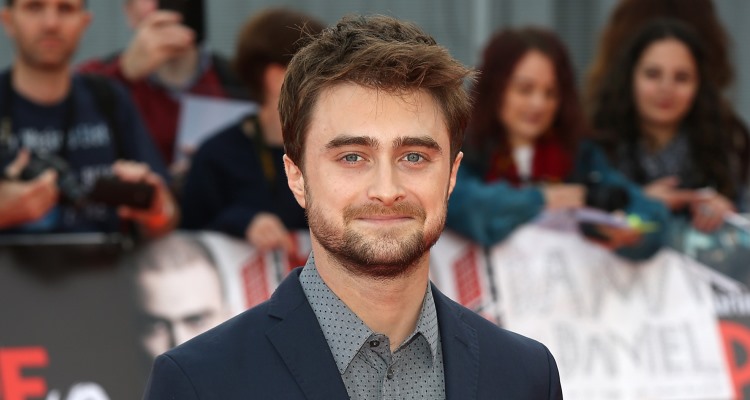 Harry Potter, the wizard of Hogwarts, isn’t just a hero in the epic fantasy movie franchise–he’s also an everyday hero! Earlier this week, Daniel Radcliffe, the actor behind the world-famous character, came to the aid of a man who was mugged by attackers in London. According to police, two moped riders attacked a middle-aged pedestrian near King’s Road in west London, slashing his face and running off with a Louis Vuitton bag. When the 27-year-old actor saw this, he went to console the victim. The actor’s birthday is this Sunday, so if you’re a fan, here are some interesting facts about Daniel Radcliffe’s net worth in 2017, and more!

How much is Daniel Radcliffe worth? The star of Harry Potter’s net worth is over $100.0 million, but he doesn’t seem to be living a lavish lifestyle. Last year, he commented on this predicament saying, “I don’t really do anything with my money. I’m very grateful for it, because having money means you don’t have to worry about it, which is a very lovely freedom to have.” Daniel Radcliffe’s salary and earnings from the Potter franchise are estimated to have earned him $95.6 million! He’s not in it for the money, but he loves his job. “I don’t know what my life looks like without regularly being on a film set. I’d go crazy. I’m one of the lucky few who loves my job.” His lifestyle is anything but lavish, and even for a celebrity, Daniel Radcliffe’s cars have always bee quite mediocre. He owned a dark green Fiat Grande Punto, which he bought for his 18th birthday. It is an eco-friendly an affordable car, with great mileage and some feature updates. Other than that, it seems like Radcliffe isn’t into acting for the bells and whistles that come with it.

Did you know what Radcliffe’s parents initially refused to let him audition for the role of Harry Potter? It was all thanks to director Chris Columbus, who convinced them to allow Radcliffe to take on the role that catapulted him into the star he is today. Everyone involved in the film believed Radcliffe would be the perfect fit for the character, and even fans of the book series agreed. The young Radcliffe was always surrounded by the arts, as he was the only child of two industry-involved parents. Radcliffe was born on July 23, 1989 in Fulham, London, England, to literary agent Alan Radcliffe and casting agent Marcia Gresham. His father’s background is Northern Irish, while his mother is South African, with roots in Lithuania, Poland, Russia, and Germany. Daniel Radcliffe’s house from his childhood went on sale last year, for $1.9 million, and it even included a cupboard under the stairs!

In terms of relationships, the last time the paparazzi caught Daniel Radcliffe’s girlfriend was in October 2016. Erin Darke and the actor were spotted grabbing coffee in New York City at the time, while Radcliffe held a cigarette. For two movie stars, they were dressed very casually. The couple originally met in 2012 on the set of Kill Your Darlings, and have been inseparable ever since.

As a young boy, Radcliffe would perform in small school productions, which led to his first movie role. In 1999, Radcliffe made his acting debut in the television movie David Copperfield, where he played a young Copperfield. Soon after, he landed a role on the big screen in The Tailor of Panama (2001). Before that film was released however, Radcliffe was already making headlines when news broke that he was cast as the lead in Harry Potter and the Sorcerer’s Stone, the first film of the franchise. At only 11 years old, he starred alongside Rupert Grint and Emma Watson. After the film hit theaters, it was a box-office smash, leading to another seven epic films, spanning over more than a decade of Radcliffe’s life. It was a long-term commitment for Radcliffe, and some wonder if he lost a part of his childhood to the success and stardom of Harry Potter, but the star has no regrets. “They’ve been great. For the most part I’ve been happy every single day. And all the times I’ve been unhappy, it’s never been anything to do with Potter,” he said.

Aside from his role in Harry Potter, he also acted in The Woman in Black (2012), Kill Your Darlings (2013), Horns (2013), What If (2013), Trainwreck (2015), Victor Frankenstein (2015), Swiss Army Man (2016), Now You See Me 2 (2016), and Imperium (2016). He also appeared as a young doctor on the 2012-2013 television series A Young Doctor’s Notebook & Other Stories. Radcliffe talked about life after the fame of his role as Harry Potter saying, “It took me a few years to work out my priorities. Now I pick things that I think will make me the most happy, and not try to think, ‘What’s gonna be the most successful thing I can do?’ You can be despondent about the fact that you’re never gonna be in something that big again, but that’s [expletive] idiotic. I’ve been in the most successful thing I ever will be in, and to me it’s a huge relief. Because you just go, ‘Okay, that’s literally never gonna happen again.’”

Daniel Radcliffe’s upcoming movies include Escape from Pretoria, Jungle (2017), and Beast of Burden (2018).