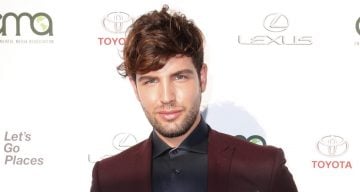 Many might not know this, but openly gay YouTube star, Daniel Preda, is the boyfriend of fellow YouTuber Joey Graceffa (known for Escape the Night). Daniel Preda is an Instagram model and has appeared in many of Graceffa’s vlogs, too! He even had his own YouTube channel with over 4K followers and often posted videos of their adorable relationship, as the Internet dubbed them “Janiel.”

Joey Graceffa and Daniel Preda seemed to give everyone #RelationshipGoals for years. But recently, Preda’s YouTube channel was wiped clean, and it has raised a few eyebrows.

We reveal more about Joey Graceffa’s boyfriend with details from Daniel Preda’s wiki.

Who Is Daniel Christopher Preda?

He has been a social media influencer for a while now and is part of the YouTube power couple, Joey Graceffa and Daniel Preda. They are known to make globally-viewed hit music videos, vlogs, and more, including taking up couple’s challenges online!

They’ve been a couple the Internet has fallen in love with. And even through their ups and downs (and an admitted breakup in 2015), “Janiel” has continuously given followers videos to “aww” at.

Daniel Preda’s mom is named Maria Preda, and he has two older brothers. He said on Twitter once that he is the son of an immigrant mother, and after digging around, it’s safe to say his ethnicity is Romanian. He also told a fan that Romanian is his first language.

There is not much known about the rest of his family as Preda loves to keep his personal life under wraps. But we do know that his brothers are military men. 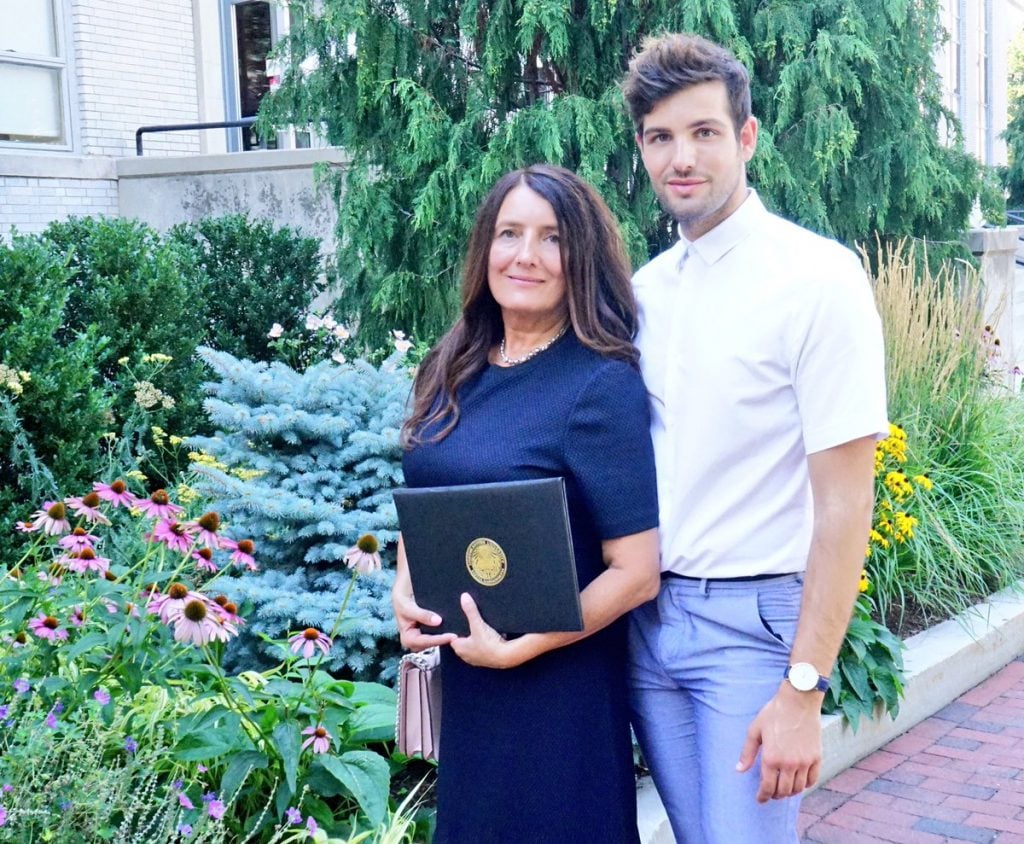 In his online blog, he expresses how both his parents were working when he was young, and how his brothers practically raised him.

In high school, Preda was part of the Italian club, and he also mentioned in the past that some of his family stays there.

According to Preda, his father was an alcoholic and had some issues with the family. He said his father knew from the time he was little that Preda was different. And when he chose to come out as a teen, Preda Sr. kicked him out of their home.

Preda graduated high school and was looking at taking up pre-med when he got accepted into Northeastern University in Boston—with a scholarship! He said he had very little money and no family to back him, right from his first year at Northeastern.

He went on to become a graduate in broadcast journalism and media communications from Northeastern University. And although Preda was ready to go the pre-med way (like his parents wanted him to), he chose communications after he felt uncomfortable doing just one thing.

Daniel Preda Has Worked Odd Jobs for a Living

Right from his teen years, Preda has always stayed on his two feet. He worked as a restaurant busser and a lifeguard before his college admissions.

Preda then he went on to take up jobs in Boston to put himself through college. In fact, he mentioned that he worked three different jobs in his graduating years so that he could pay his bills!

He also worked as an intern in New York City. In his blog, he mentions that he would take the bus from Boston to NYC and work there for a few weekends every month.

After graduating, Preda decided that he needed to take his career one step further.

“After college, I was ready for another adventure and had outgrown Boston completely, it was time for Los Angeles,” he wrote.

Preda moved to Los Angeles with $500.00 in his pockets and two suitcases with him. He immediately took up an internship with NBC as an assistant and stayed in a rented place with five other girls, who went on to become his very good friends.

Realizing that one assistant job was not going to cut it, Preda took up a second job at a local surf shop in Malibu.

Currently, Preda is an executive producer of many of Joey Graceffa’s videos on YouTube, which have become hugely successful. He has had the opportunity to attend VidCon in the U.S. and Australia!

With Daniel Preda’s height of six-foot-one, along with his good looks and physique, it comes as no surprise that he’s an Instagram model. He is also an actor and writer.

Many brands are now flocking to Preda for endorsements. And with eyes like those, we’re sure many will buy whatever he’s sponsoring!

Back in 2014, Joey Graceffa and Daniel Preda began dating each other after meeting online through Instagram and Twitter.

Graceffa said in a video titled, “Our Love Story,” that he saw a picture of Preda on Instagram and thought that he was very good looking. 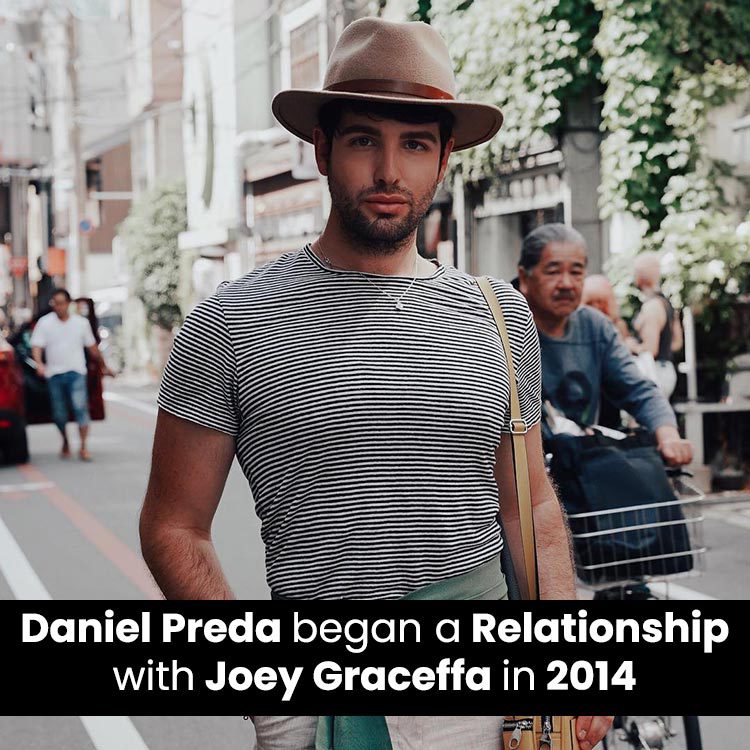 He wanted to talk to him, but back then, you had to send a picture along with the DM. But Graceffa didn’t feel comfortable sending his picture to a stranger.

Joey Graceffa then contacted Daniel Preda via Twitter, which is how the two got to talking. Their first meeting was at a Russian-themed bar in Los Angeles, California called Bar Lubitsch.

The adorable couple was nervous to meet face to face. Although they couldn’t get to know each other a lot on their first meet, sparks flew, and they knew it was something else.

Things were a little dicey in the very beginning, as Preda was brand new to Los Angeles, and he didn’t have many people he could open up to.

At the time, Preda was planning to move to New York. But Graceffa made it clear that long distance was not something he was looking for. 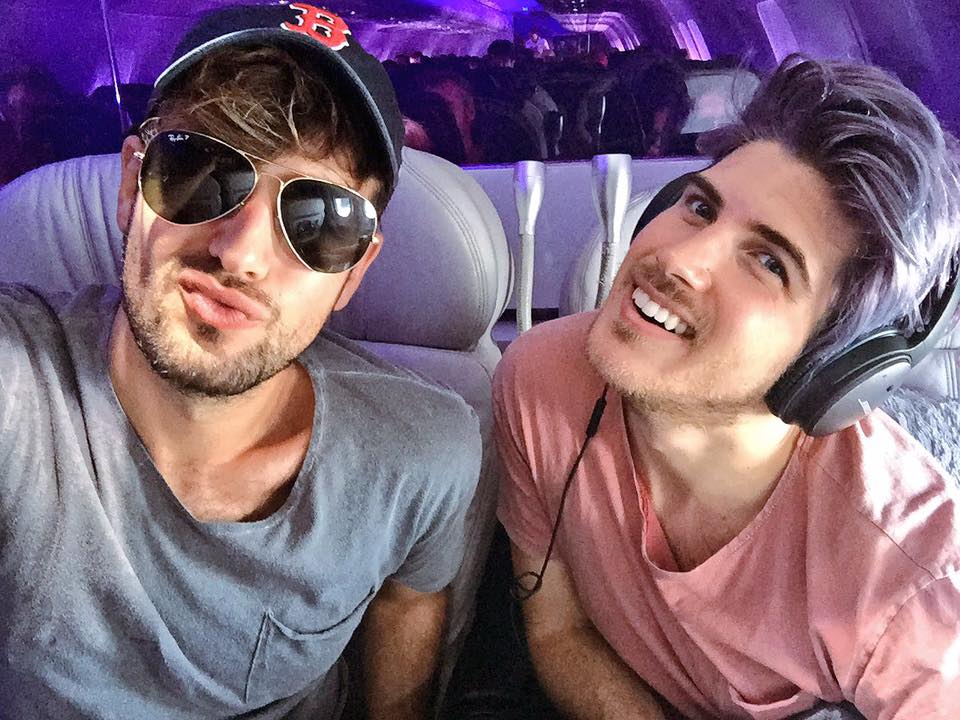 But things worked out when Preda went back to Los Angeles after a New York Fashion Week, and the couple decided to make things official. They have been dating each other for four years now and have appeared together in many videos as one of the Internet’s favorite couples!

Many have often wondered if Daniel Preda and Joey Graceffa are married, especially since they are dogged with rumors so often. Their on-screen chemistry is ridiculously adorable, and fans have always been rooting for them.

One of their best is the music video titled, “Don’t Wait.” The insanely good-looking duo play lovers in the video. And with 36.0 million views, this was probably one of their best hits!

But don’t go looking for that video on Daniel Preda’s YouTube channel! It has been wiped clean! People have commented that he uploads videos but doesn’t leave them up for long.

Other fans are just confused and are questioning if it’s really Daniel Preda’s account. With over 4K subscribers, it looks like the right spot, but the mystery remains as to why it’s empty!

It’s certainly not enough reason to sound the alarm that a break up is in the air. Apparently, this is a regular thing!