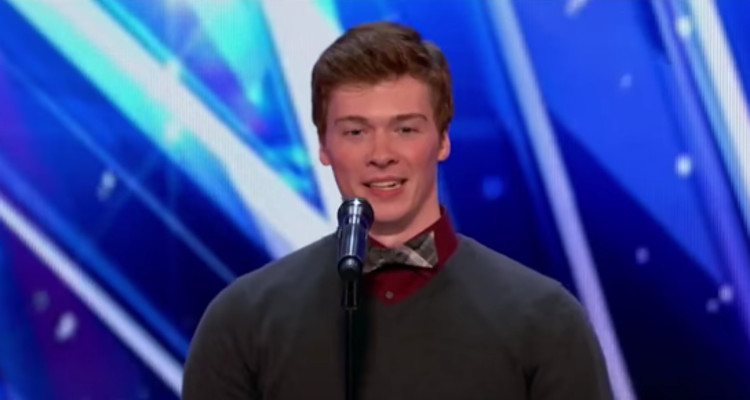 America’s Got Talent never disappoints when it comes to unbelievable and entertaining talent. One such amazing audition we will see on tonight’s episode is Daniel Ferguson, and he takes on one of the judges.

The best part about Tuesdays is that we get an all new episode of America’s Got Talent Season 12! We’ve got some great auditions to look forward to including one by singing impressionist, Daniel Ferguson. Daniel Ferguson’s “Cake by the Ocean” is unlike the DNCE song, but perhaps could be even better. (Sorry Joe Jonas, but you’d agree, too!) Check out Daniel Ferguson’s AGT audition and learn more about this talented singer, right here in our Daniel Ferguson wiki.

Who is Daniel Ferguson?

Daniel Ferguson is a 23-year-old native of Ohio. He works at a local radio station as a sales representative. That could be where his talent gets exposure. There’s very little information on Ferguson at this point, though we expect to learn more about him once his audition airs on AGT.

On Twitter, he calls himself a “weirdo” and “video-actor wannabe.” Some of his tweets might just prove he’s a weirdo. As for his video-actor aspirations, he has a YouTube channel called Ginger SNAP. He writes in the description, “I’m here with my trusty somewhat-HD camera and slightly-better-than-average microphone for your amusement! This channel is dedicated to voice acting and other artsy things!”

He uploads videos of his various impressions and he’s pretty hilarious! Ferguson has more singing impressions, including the Muppets singing “Carol of the Bells” and 30 different characters singing Adele’s “Rolling in the Deep.” In one of his videos, he reveals that he has been playing piano for 13 years.

Ferguson updated fans via his YouTube page that he auditioned for AGT, and confirmed he made it by saying he’s going to be on TV! When he came on stage, he told the judges that it was his first time performing before a live crowd. After some words of encouragement from Mel B., he begins his rendition of DNCE’s “Cake by the Ocean.”

Except it wasn’t just a singing audition! Ferguson began singing in Goofy’s voice before singing the next verse as Scooby Doo. He belted out the next verse in the most impressionable Kermit the Frog’s voice to the audience’s amazement, before switching to a dead-on impression of Family Guy‘s Peter Griffin. Ferguson then moved to the highlight impression, judge Simon Cowell. That one got the judges and the audience scream excitedly, as Simon was at a loss for words. He ended the audition with a Peter Griffin and Mickey Mouse chorus.

“Walk for me, baby. I’ll be Diddy, you’ll be Naomi, whoa-oh. Let’s lose our minds and go crazy, crazy,” he sings in Cowell’s voice that even had Tyra Banks comment “that’s good” from the wings! We don’t know what the judges had to say about him yet, but now we know how Cowell would sound if he had to audition on the shows he so ruthlessly judges!

America’s Got Talent airs tonight at 8 p.m. EST on NBC. Watch the clip of Daniel Ferguson’s audition below.