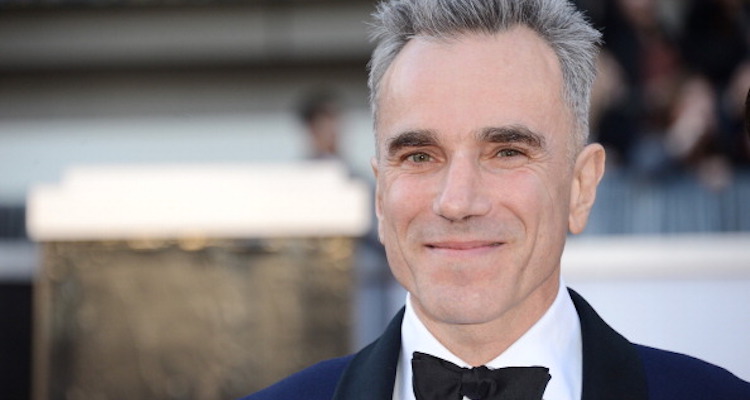 Sir Daniel Michael Blake Day-Lewis was born on April 29, 1957 in Greenwich, United Kingdom, to poet Cecil Day-Lewis and actress Jill Balcon. He trained at the Bristol Old Vic Theatre School and worked in theater and TV in England, before he got his start in film.

The Lincoln actor has a reported net worth of $50.0 million and it’s all thanks to his tireless work as one of Hollywood’s finest actors. He made his film debut in the unaccredited role of 1971’s Sunday Bloody Sunday, and has since been catapulted into the ranks of Hollywood’s elite. You may not be able to name three of Daniel Day-Lewis’ movies, but chances are you have heard of the actor, depending on your film genre preferences. For 35 years, Day-Lewis, 60, has made an impression in the entertainment industry and has a reputation for being very selective with his projects. His net worth may not be as high as his colleagues, but he’s not exactly starving either. The actor has worked on countless movies and brought his own talent and personality to each character. From Gangs of New York to The Crucible, Day-Lewis proved his abilities a long time ago and cemented his place as one of the best actors in the world.

Daniel Day-Lewis’s Oscars are proof that he is in fact one of the best actors, by public opinion. He has won three Oscars (all for Best Actor) for 1989’s My Left Foot, 2007’s There Will Be Blood and 2012’s Lincoln. When it comes to Oscars, Day-Lewis and Meryl Streep set the standard (let’s face it, they always get nominated).

Are you still in shock? We don’t blame you, because so are we! A living legend has decided to call it a day after over three decades in the business! His publicist, Leslee Dart, confirmed the news on Tuesday saying, “Daniel Day-Lewis will no longer be working as an actor. He is immensely grateful to all of his collaborators and audiences over the many years. This is a private decision and neither he nor his representatives will make any further comment on this subject.”

It looks like Day-Lewis will be joining Sean Connery in the ranks of retirement, where they can reminisce about the good old days while on their luxury estates. Some actors, like Diane Keaton still have some juice left in them, and have no plans to retire at all.

Before the veteran actor takes one final bow, he’s leaving fans with his final performance, titled Phantom Thread, directed by Paul Thomas Anderson. The film will be released on Christmas Day and is set in 1950s London, where Day-Lewis will be playing “a fashion designer that caters to high society,” according to The Hollywood Reporter.