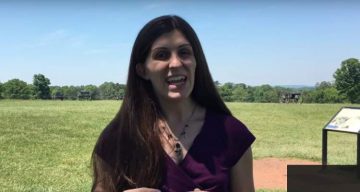 Danica Roem, a resident of Virginia, has made history by becoming Virginia state’s first openly transgender legislator. Roem’s victory is a watershed in American politics, as it will give a new voice to the marginalized in contemporary American society. She campaigned on basic issues like the state’s infrastructure and human rights, and she stole a march over her more experienced Republican opponent. Her victory could mark a new period in American politics.

Virginia, USA, has made history by electing their first transgender state legislator, Danica Roem, for Virginia’s 13th House of Delegates district, which also includes outer suburbs of Washington. Democrat Roem ran against the Republican incumbent, Bob Marshall, who has held the office for the past quarter of a century.

Roem won the Democratic primary on June 13, 2017, and the general election on November 7, 2017. Considering that voters had chosen Democrat Hillary Clinton over Republican Donald Trump by 14 percentage points in the 2016 presidential election, Roem had favorable odds going into the election. But Roem’s victory is still a historic achievement, considering the stigma attached to being openly transgender in society.

Now, interest in Roem has spiked after her victory. So, for those of you who want to know more about her, we have some details on Danica Roem’s wiki right here.

Brilliant at Her Work

Born on September 30, 1984, in Prince William County, Virginia, Danica Roem’s age is 33. Roem is an American journalist and politician from northern Virginia. And starting January 2018, she will become the first openly transgender individual to serve in a state legislature (Virginia).

Roem graduated from St. Bonaventure University in New York before working for nine years as the lead reporter for the newspapers, Gainesville Times and the Prince William Times. She was brilliant at her work and had won awards from the Virginia Press Association seven times.

Roem declared her candidacy in January 2017 and immediately received endorsements from organizations such as the Gay & Lesbian Victory Fund and the Progressive Change Campaign Committee. She campaigned intensely on the platform of economic and transportation issues, and she received generous election donations from the citizens of the constituency.

Do you prefer to donate to the campaign by check instead of online? We love it when you do as we don't have to pay any…

Following Roem’s victory over Marshall, Aisha Moodie-Mills, president of the Gay & Lesbian Victory Fund, said in a statement, “Tonight voters chose a smart, solutions-oriented trans leader over a divisive anti-LGBTQ demagogue—sending a powerful message to anti-trans legislators across the nation. Danica defeated ‘Bigot Bob’ Marshall not because she is transgender, but because she presented a positive vision for her constituents that will improve their lives.”

Roem spoke to voters about improving Virginia’s infrastructure, raising teacher salaries, and promoting LGBTQ and immigrant rights. To reach out to voters with her message, Roem posted a web video titled, “Just Who I Am” in September 2017. In the video, she pushed back against Marshall’s refusal to enter a debate with her or refer to her as a woman.

Roem said in the video, “There are millions of transgender people in the country, and we all deserve representation in government.”

Victor of a Bitter Feud

Roem came out as transgender in 2013 and began her transition to life as a woman. She changed her name to Danica Roem and started hormone replacement therapy. At that time, Roem said on her website, “It was great. I could just keep doing my job.”

Roem isn’t just all about politics but has a passion for music as well. She sings in the metal band, Cab Ride Home, and is a stepmother to a child enrolled in public school.

So this was something that doesn't happen every day in campaign world: Will Butler from Arcade Fire invited…

The election was a bitterly fought contest for Roem, who had to face insults from Marshall during the campaign.

Roem responded by saying “When Delegate Marshall realized that he cannot win on public policy issues, on traffic, jobs, schools and healthcare, he resorted to trash.”

With her victory, Roem has brought new hope for millions of citizens of the U.S. who feel they are being discriminated because of their sexuality. For them, Danica Roem’s victory is a new dawn on the horizon.