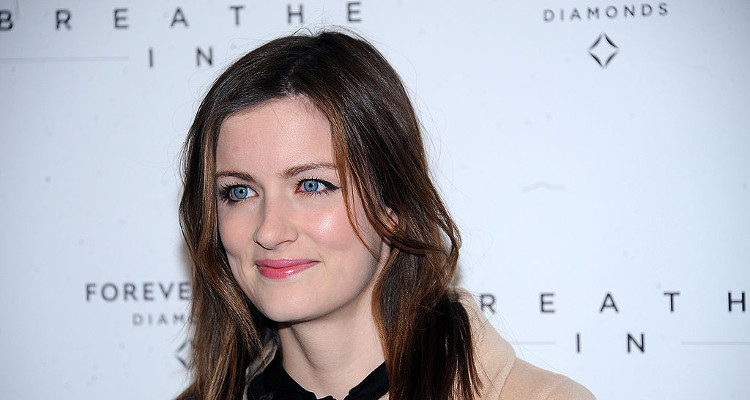 Anna Wood was on cloud nine after the birth of her baby girl, Bowie Rose, in April 2017. She is the strength behind her high school sweetheart, now husband, Dane DeHaan. With a growing family and DeHaan’s new movie coming out, Wood definitely has her hands full!

Anna Wood is as happy as ever right now. She became a mother on April 2, 2017, to a daughter that she and her husband, Dane DeHaan, named Bowie Rose DeHaan. Dane DeHaan’s wife is a film, television, and stage actress who has been active since 2009. Dane DeHaan and Anna Wood are one of the cutest couples in Hollywood and are high school sweethearts. With his increase in roles, people have taken an interest in the handsome actor, and want to know who Dane DeHaan is married to. We will tell you everything we know about Anna Wood from her wiki right here.

Born on December 30, 1985, in Mt. Airy, North Carolina to Mary Beth and Bert Wood, Anna Wood’s age is 31. She has two siblings, an older brother named Jarod, and a younger sister named Lauren Kathleen Wood. She showed a propensity for acting from an early age, and was encouraged by her parents to follow her passion. At the age of 18, Wood produced, directed, and starred in a play titled Out of Gas on Lover’s Leap at the Cherry Orchard Theater.

Wood made her TV debut in 2009 when she acted in the TV show Cold Case. That same year, she got to act in another show called Royal Pains. Since then, she has appeared in shows like Brothers & Sisters, Mad Men, NCIS: Los Angeles, House of Lies, Deception, Reckless, Madam Secretary, The Following, and Falling Water. Wood gained popularity with her roles in Deception and the legal drama Reckless. She also had a role in the TV movie Trooper. Wood has a career in film as well and has acted in movies like Nice Guy Johnny, Negative Space, and Chronicle, which also starred her husband, Dane DeHaan.

There is no information on Anna Wood’s net worth but considering her thriving career in TV and films, it must be substantial. Plus, her husband is there to help out with their new family. Wood and DeHaan got married on June 30, 2012, in the Blue Ridge Mountains in Virginia. They met in high school in North Carolina, and it was love at first sight. They dated for six years before deciding to tie the knot.

Standing by Her Man

Wood is hoping that her husband’s upcoming film, Valerian and the City of a Thousand Planets, hits the bull’s eye at the box-office this summer. She was at DeHaan’s side at the film’s premiere on Monday (July 17) night, which prompted him to write a sweet note, thanking Wood for being there. He shared a photo on Instagram and captioned it, “Can’t really look at @annawoodyall’s face in this photo without getting a bit teary eyed. Anna, I wouldn’t be where I am today without your constant love and support. You’re my real life #Laureline.” Wood lets her fans know her likes and dislikes through social media. Anna Wood’s Instagram account is full of pictures of her in pretty dresses, with friends, her baby and hubby, as well as pictures of food and dogs. The collage of color on her Instagram shows how lively and cheerful Wood is. We wish the couple and their sweet little family all the best in the future!