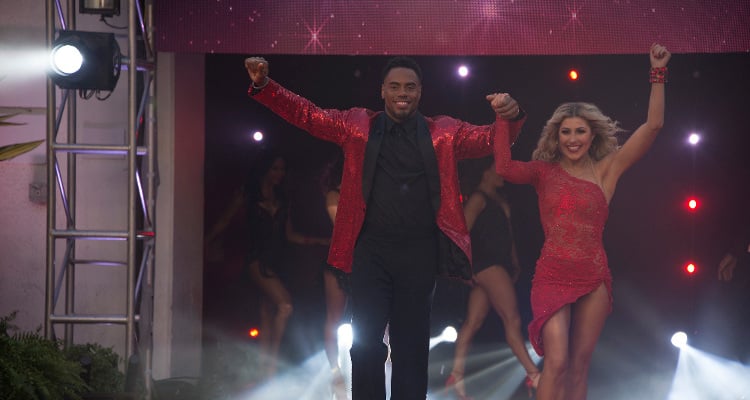 The Winner of Dancing with the Stars Season 25 is…

Normani Kordei, Rashad Jennings, and David Ross gave their final performance for the Mirrorball Trophy. Only one of them can be crowned the winner. The odds are in anyone’s favor and the competition is neck-and-neck. At the end of the Dancing with the Stars finale tonight, one will be the winner. The judges scores and the votes are in! Who is the winner of Dancing with the Stars 2017? Keep reading to find out!

It was the first episode of the two-part DWTS finale. Rashad and Emma, Normani and Val, and David and Lindsay each performed two routines —a redemption dance and a freestyle. It was a night of perfect scores and intense competition.

Fifth Harmony’s Normani Kordei tackled the quickstep for their redemption dance. Normani danced through an ankle injury and the judges couldn’t get enough. Her dance got a near perfect 38 out of a possible 40. Two miniature versions of Normani and Val joined them for their freestyle performance. The judges were clearly bigger fans of this routine and gave the pair a perfect score.

It was Team Lady and the Gramp’s turn and David Ross performed beyond expectations. He gave a beautiful Viennese Waltz that got a score of 33. His freestyle was high-energy baseball and glitter and the judges ate it up. That’s why they gave David his first perfect score of the entire season!

Rashad Jennings left as the best contender for the Mirrorball. His redemption Viennese Waltz and his own funky choreography in the freestyle won him two perfect scores. So far, he’s the frontrunner with a perfect 80 out of 80.

Tonight was the final part of the grand finale and it was a superlative adjective of awesome if there is one! With performances from One Republic, Lady Antebellum, Nicole Scherzinger, and more, we saw the other celebs return to the ballroom. They performed their most memorable routines which was rather entertaining. We could watch Simone and Sasha’s Disney routine over and over again! And who doesn’t want to see Nancy Kerrigan shake her bon bon again? But truly, Mr. T stole the cake with his “I pity the fool” rap video.

The top three had to take on what is called the 24 hour Fusion Challenge. The “24 hour” part sounds tense, but it’s really the fusion we love. The celeb-pro pairs performed a fusion of two dance styles and they rocked! David and Emma did a foxtrot-salsa fusion, Normani and Val danced a foxtrot-Argentine tango fusion, and Rashad and Emma did a tango-cha cha fusion.

Just as we are getting over the high of the adrenaline-pumping performances, the first of the results are announced. Hold your hearts Harmonizers —Normani is out. It’s now down to the boys. NFL vs MLB. Is it a touchdown or home run?

And the winner is….