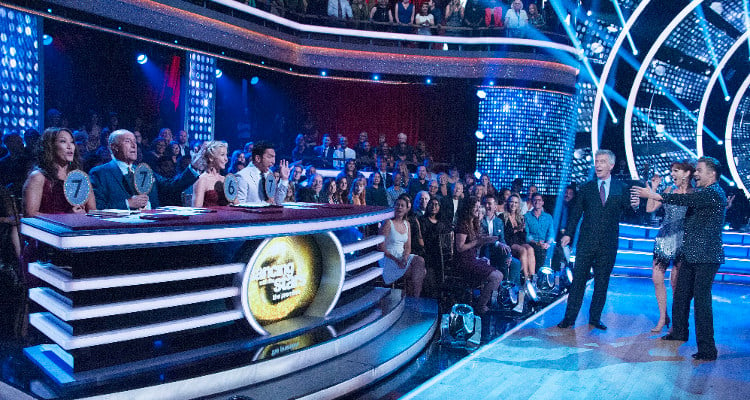 During each episode, the 13 celebrities perform with their professional dancing partners. Judges Carrie Ann Inaba, Len Goodman, Bruno Tonioli, and Julianne Hough score their performances out of 10, making their total score out of 40. The TV audience then votes for their favorite performers and the pair with the least votes gets eliminated. Fans can vote every Monday night throughout the season, so their favorite star can win the coveted Mirrorball Trophy.

You can vote for your favorite contestants online or call in starting at 8:00 p.m. EST Monday night until 8:00 p.m. EST Tuesday. DWTS fans can vote online at abc.com or on Facebook.com/VoteDWTS for 24 hours after voting lines open.

For voting via phone, fans can call on the following toll-free numbers and vote until 60 minutes after the show in their designated time zone. The toll-free phone numbers for each dancing pair is as follows:

According to new ABC rules, international fans can no longer vote on the show. You have to be 18 years or older and you must be a United States resident to vote.

All 13 dancing pairs took to the ballroom dance floor on premiere night. Here’s a breakdown of their performances and scores for the night.

According to ABC, the contestants will be safe for DWTS premiere week even though voting begins on premiere night. Eliminations begin from week 2, with the episodes that will air on September 19 and 20.

Dancing with the stars season 23 airs every Monday and Tuesday on ABC at 8:00 p.m. EST. So, be sure to catch all the performances and vote for your favorite stars!